SteelSeries are well known around the world for delivering high quality gaming products which are aimed towards gamers. This normally means the price tag for gaming gear is always at the higher end of the scale, making gamers always want to know how good a peripheral is before they attempt to buy it. Being a gamer myself I have over the years tried out many different headsets sometimes they have been worth the expense and other times they are just a standard piece of gear which a big name and price tag. Getting the Siberia V2 Frost Edition headset made me wonder how this headset would stand up to the SteelSeries name and the gamer price.

Straight out the box you can already tell that this headset is of a excellent build quality, with the smooth and sleek white hard plastic and the soft padding it already seemed worth the price. The Siberia V2 is as it states the next version in the line of the Siberia headsets, the standard headset comes in a wide range of colours even brighter colours such as pink and yellow. The Siberia V2 however comes in white with one major visual difference than the others. The Siberia V2 has a really stunning ice blue LED glow around the ear pieces but as fantastic as it looks a headset is of course all about the sound quality and comfort.

Speaking about comfort, this headset is truly comfortable. Rather than a headset that you have to adjust manually the Siberia V2 has a soft padded band on the inside of four metal poles, these extend and contract depending on the size of the users head and do so without causing it to ever be too tight or too lose. You will hardly notice this inner band, the way it has been designed makes it super light weight and softly padded for that extra bit of comfort. The next addition to the comfort zone of your head is the very large extra soft padded ear cups. These ear cups should be large enough to fit the biggest of ears (mine are fairly large) and even after extended periods of time of wearing these my ears have never felt crushed, confined or overly hot from lack of air ventilation. They always seem to feel as if, a cloud is resting softly on my ears which is a rare feeling after 8 hours.

The quality of the speakers are really nice a lot better than I was expecting for headset speakers. The sounds is very crisp and clear with treble that is not too over powering. The best part of the headset speakers is the bass, on so many other headsets it just sounds like your underwater but on these it sounds like proper drops at the right time on the correct frequencies. Combined, it makes your gaming really explode with realism and immersion without ever being to much. The sound can be turned up very high and you wont hear much, if any distortion, beware though these get really loud and coupled with the noise canceling effects of the material they will cause your ears to ring if at max volume for extended periods. You will also be able to shut out the outside world with the volume up. 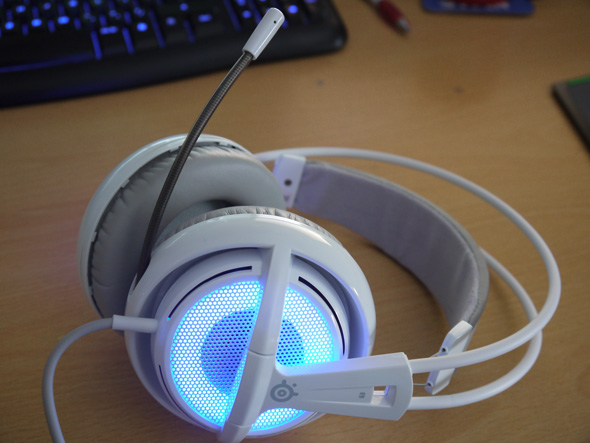 The next part of the headset which should be noted is the microphone, even though it looks very thin it actually is a great quality mic. The microphone itself pulls out from the left ear cup and extends long enough to be the same size as most microphones. The mic is made from a hard white plastic tip and wrapped in a bendable metal coated in a tough type of plastic. The mic can be bent in any direction you like and after much use of being bent in opposite directions it is still able to look as if it has come straight out of the box without feeling overused. The nice thing about the mic is once your done you can pop it back into the ear cup, even inside the ear cup you can use the mic and people should be able to hear you. For the best performance however you should use it as a normal mic extended out. 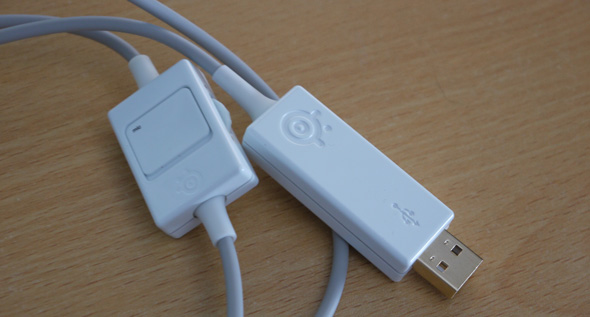 The headset has its own built in sound card which you can clearly see build into the USB end. This means that windows will see it as an extra set of speakers. For most this may be a good feature, for others it may be a negative point. Personally this is quite a nice feature but it does sometimes cause issues with programs that you want grabbing the main motherboard audio and also the Siberia V2’s audio at the same time. As it is a separate device without the help from external programs you wont be able to grab both the audio from the motherboard and the audio from the headset at the same time (Unless the program you use allows it). Streaming through XSplit is what made me aware of this when trying to grab Skype audio and in game audio at the same time without having all the audio going through just the headset.

The cable also has a standard control box on it about just over half way down the cable, you can choose to mute the audio or control the volume of the Siberia V2 speakers. As with the rest of the headset it has excellent build quality and a nice white finish. The one thing missing is a wire clip so your able to clip it to your clothes etc, it does mean without a clip the wire drags around a bit and for the price of the Siberia V2 it could of been included quite cheaply.

The cable attached to the Siberia V2 is quite short at 1 metre and if you don’t have front facing USB ports it could be a case of your head hanging under your desk. SteelSeries have done the smart idea however of throwing in a USB extension cable which is 2 metres long making the overall length an easy 3 metres. The colour could of been white just to add a nice finish to the extension cable but comes in a gray colour which is’nt too bad. 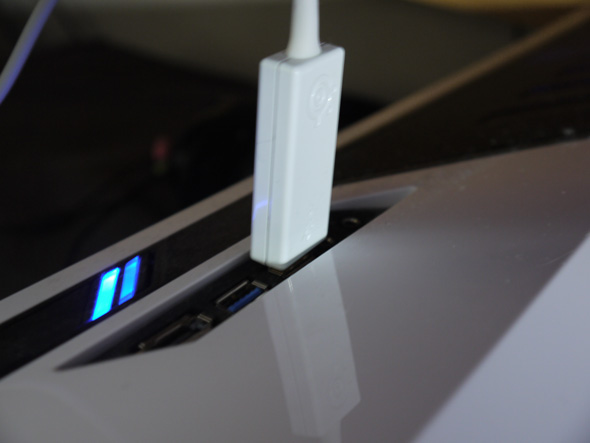 The main USB connector can be a bit bulky and for some gamers this will put them off buying it, don’t let that get you too down about it as with the extension cable not only does it give you that extra length, it helps remove the bulkiness from the PC and removes the risk of the USB point not connecting to awkward PC cases with restricting USB ports.

The Siberia V2 can also be configured using SteelSeries Engine software. When you install the software it will automatically pick up you plugging in any SteelSeries device and act accordingly. The settings you can choose for the Siberia V2 are stuff like equaliser settings, LED Glow Intensity and pulsation style. It also allows you to set up different custom profiles for different games. This can be nice when wanting certain effects for certain tasks you are doing or games you are playing. If you have a pair and can’t find where to download the software from you can find it here at the SteelSeries Support Section.

Overall, SteelSeries have really concentrated on the gamer and made sure all the important parts of the headset for a gamer is of the best quality, while also being a reasonable price. The sound from the speakers are the best I have heard for a long while when it comes not only to gaming headsets but also standard headphones which are only used for music. The build quality is excellent and feels tough enough to withstand day to day use while looking very professional and sleek. Knowing gamers, SteelSeries have made sure to make them look great meaning you will always stand out at any LAN party you go to. Being able to customise the intensity of the cool ice blue glow you will give off as well as the pulsation is the icing on top of the cake.

The SteelSeries Siberia V2 headset other than the cool glow has no gimmicks, no fancy features, no additional add ons and no crazy over the top style just pure and clean while delivering the perfect audio gaming experience. If you want to be immersed in a game or hear clearly the footsteps of your enemies in true sound then this is the weapon of choice for you.

You can pick these up on the SteelSeries Website for £119.99. A cost you will surely not regret.