ADATA are no stranger to ram that looks a little more “gaming-esque” than other manufacturers such as their new XPG Dazzle, the XPG Z1 is no different. They design has a faux carbon fiber logo with angled red anodized heat sinks. ADATA’s XPG Z1 8GB sticks are pretty decent DDR4-3000 but 8GB just barely covers the minimum requirements of most AAA and big budget indie titles of 2017.

Packaging is similar to our review of ADATA’s XPG Dazzle sticks as we got directly, they were not in anything fancy (just bubble wrap) but all in all, the packaging on retail units is standard. They come blister-packed with each of the sticks on display at the front and a little blurb on the back.

Default timings are 16-16-16-36 making it slightly higher than their Dazzle set and other ram on the market which usually sits closer to 15-15-15-35. Voltage levels is industry standard being 1.35v and if you want to see any other specifications you can use the model number AX4U3000W4G16-BBZ.

The XPG Z1’s design is inspired by “a jet wing” which is uses for it’s heat sink, the angle of the design is quite high causing the ram to be 44mm at the tallest point. This can be a problem if you do not have a lot of room in your setup, which is something that I had with the Corsair H100i heatsink and the motherboard. Due to the size of the ram, if I wanted to replace them or add additional modules, taking the heatsink off the case was the only way to gain access.

Not that many people look inside their cases but with a resurgence of open-windowed towers, colour is making a slight comeback. For ADATA, the XPG Z1s come in a couple different colours; white, black or gold but the latter seems to be more expensive. If you want red, you can also buy the DDR4-2800 version which comes in red or gold.

The Z1’s are using a 10 layered PCB with a little bit more copper, 2oz versus the usual standard of 1oz. In their words it is meant to “reduce resistance and consume less power. There is an argument here to suggest that in terms of power consumption the resistance reduction in supplying marginally thicker copper for the energy transfer will not ever been really seen by the standard consumer. Add that into the entire set up of a PC, the margin would be so low, it is not going to save you £££ every year by switching just for consumption basis.

In the test we used the testing rig of an i5 7600k, Gigabyte Z270x ATX Motherboard, an MSi GTX 970 Nvidia graphics card with a Corsair CX 750w power supply.

There was only one profile available “XMP Profile 1: 3000MHz @ 16-16-36 2T @ 1.35v” which was the first and only profile tested. For comparison, we decided to see how they did in comparison to the previous ADATA RAM and Kingston sticks. 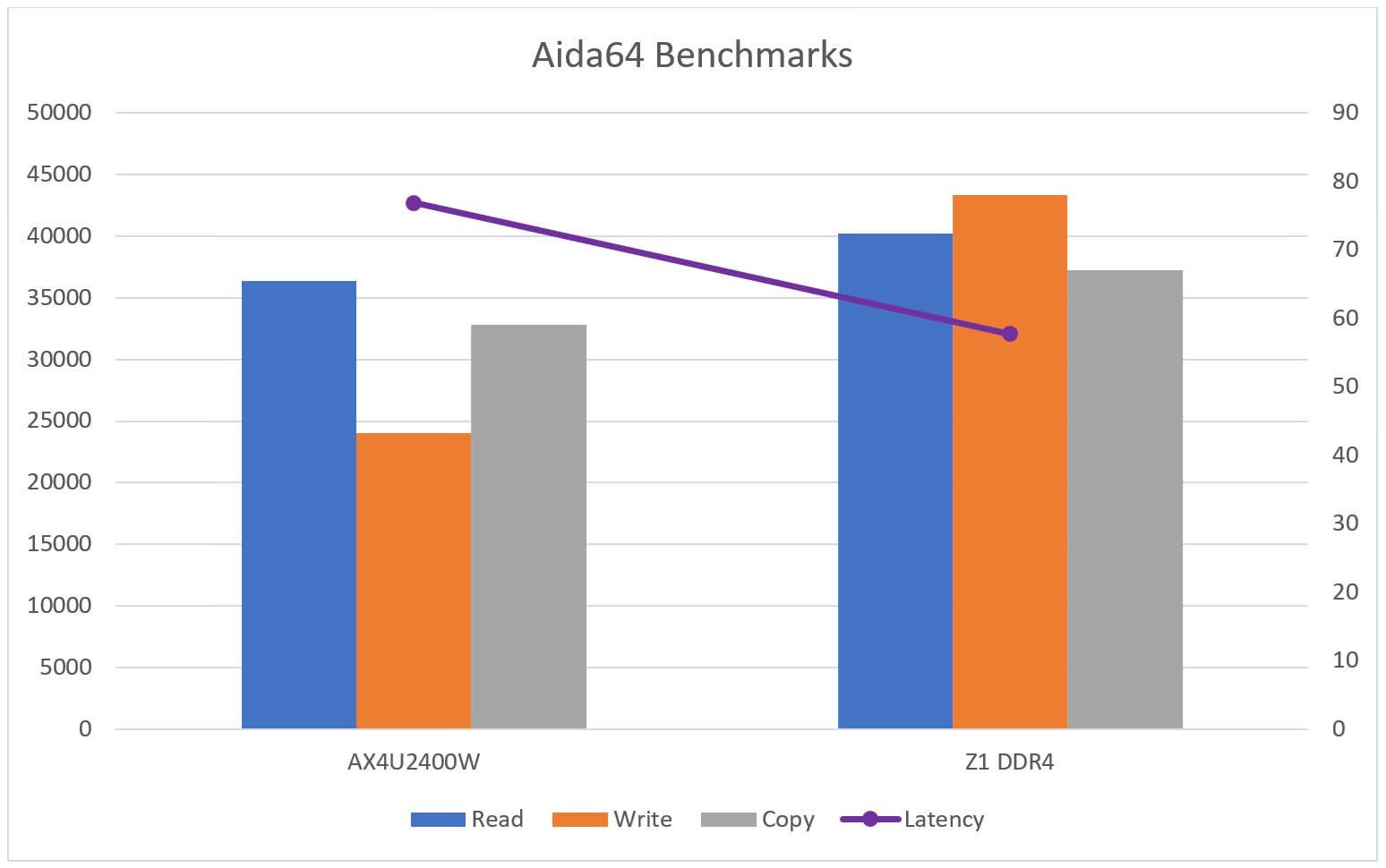 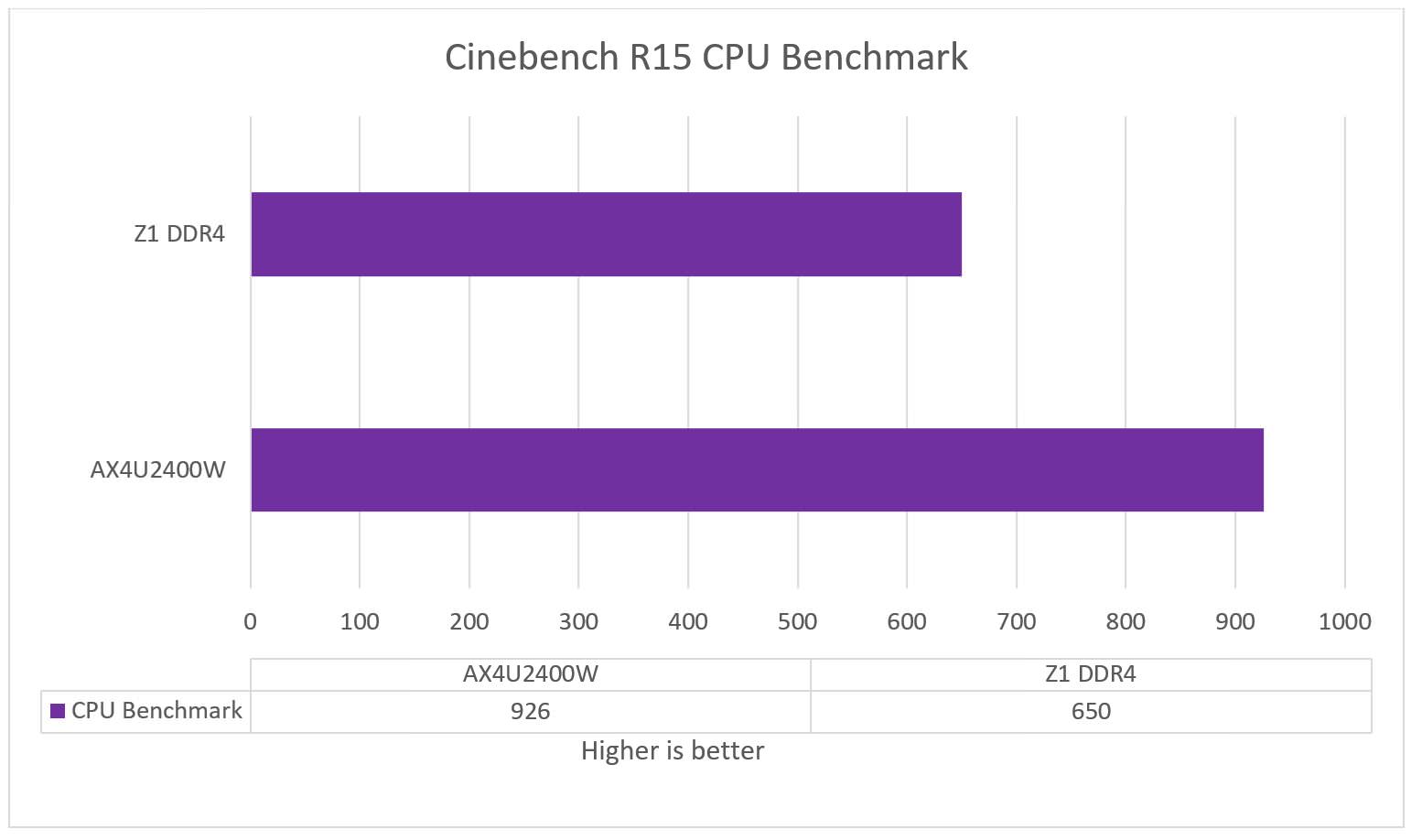 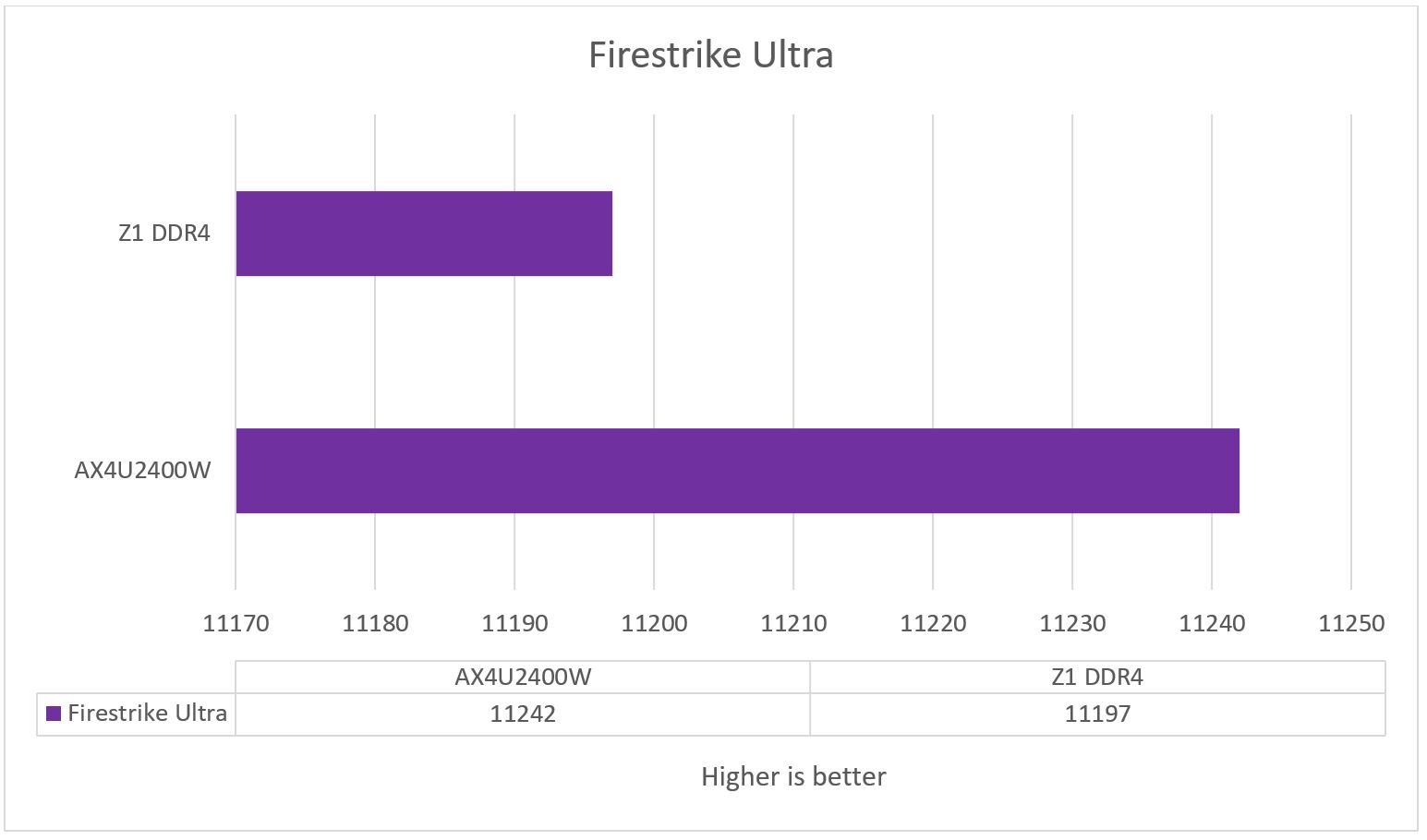 Considering our benchmark were compared to the same manufacturer with a different set of ram, the test results where fairly consistent and decent for 8GB. There is again only one profile which is a shame, as two profiles would be better; one specifically designed for a higher overclock would allow PC enthusiasts to get a little more with the manual process.

The design is love or hate, personally the extra depth does not seem worth the overall heat dissipation and is more cosmetic than functional. This mainly comes down to taking up additional space in the rig, which in theory would restrict airflow and in turn increase the ambient temperature. If you have a rig like ours with minimal space with the big cooler attached to the top of the NZXT case, the 44mm height makes it impossible to take the ram out without removing the bracket for the watercooler.

Pricing is something always on ADATA’s side, with the 8GB sticks on Amazon being £51. Ultimately thought, we would want to use the 16GB version as it is only priced at £92 on Amazon. Timings can be better when using less ram but the for gaming, those timings won’t have a great impact on the gameplay as FPS is not really ram dependant, you’d only see 1-2 FPS increases/decreases.

Overall, if you like some decent sticks which can be pushed beyond their 3000Mhz limit up to about 3333Mhz for under £100 for 16GB, then ADATA have the solution. Do be careful though if you have space considerations in your rig as they do take up more space than other gaming ram on the market.

ADATA's XPG Z1 DDR4-3000 1.35v 8GB Gaming RAM is decent for the price but in today's gaming world, 16gb is becoming to go to for next level gaming. For the space conscious, you'd probably want to steer clear as they are 44mm tall.