In a recent interview with Fortune, Nintendo bigwig Shigeru Miyamoto gave his opinion on why he believed the Wii U failed:

“I feel like people never really understood the concept behind the Wii U and what we were trying to do. I think the assumption is we were trying to create a game machine and a tablet and really what we were trying to do was create a game system that gave you tablet-like functionality for controlling that system and give you two screens that would allow different people in the living room to play in different ways. Unfortunately, because tablets at the time, were adding more and more functionality and becoming more and more prominent, this system and this approach didn’t mesh well with the period in which we released it.”

Throughout the Wii U’s lifespan, I’ve heard numerous theories from fans as to why the console sold considerably less than Playstation 4 and Xbox One. Some claimed it was due to the lack of good exclusive games for the console. Some would take the technical aspect and claim its failure was due to the fact the Wii U was a much weaker system and therefore couldn’t possibly be on the same level as the superior newer consoles. The last popular excuse I heard was due to the Wii U’s lack of third-party support, even though exclusives sell a console, you need strong third-party support in order to persuade consumers that it would be a wise, long-lasting investment. 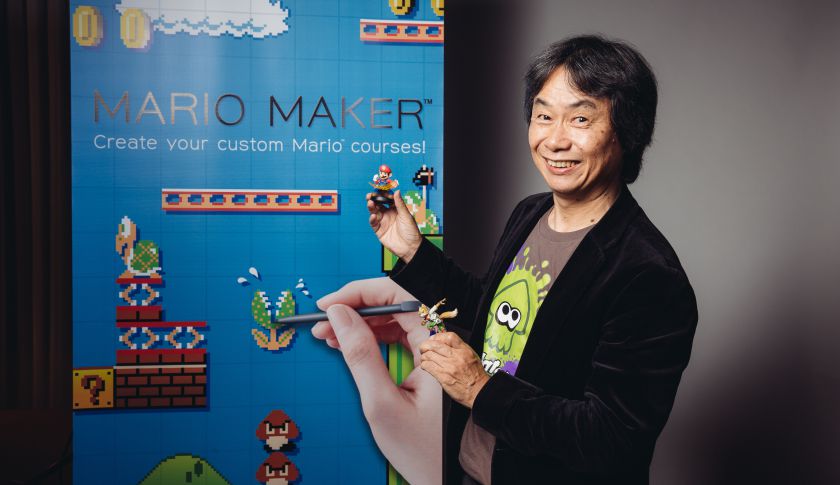 Though I agree with Miyamoto’s opinion far more strongly than I do with the other opinions I’ve heard. It’s not because it’s the opinion of Shigeru bloody Miyamoto, a man who I would happily allow to smack me right in the face if it were to make him slightly happier than he already, always is. I agree with Miyamoto’s opinion because it is the only opinion not talking about the standard reasons why a console would fail, because the Wii U was not a standard console, it was something far more different.

The Wii U still had a strong selection of first-party titles, similar to the Wii it lacked the huge third-party support of the Xbox 360 and Playstation 3 had, but the Wii still managed to sell far more units than the 360 and PS3 combined, so clearly this couldn’t be the main reason why the Wii U did as badly as it did, it can be one of many factors but it isn’t the main one we’re looking at.

The Wii U is still has brilliant first-party titles, even at the end of its lifespan it still has more to offer.
Image: The Legend of Zelda Wii U

The main possible reason the Wii U performed so badly throughout its lifespan was due to poor marketing. Now, before you take to the comment section to tell me that I’m wrong as well as to call me some rather rude things; hear me out. When the Wii U was originally announced, they put a lot of emphasis on the tablet controller, but near nothing was mentioned about the console itself. Hell, some people weren’t even sure this was a new console at all.

Having worked in retail, it was a job where I would be in the position to sell games consoles, one of which was the Wii U. I would often have customers coming to me with boxes of Skylanders, Disney Infinity, basically all the titles the kids seemed to love. All these boxes would have a big Wii U sticker on them. Before selling them the item, I would have to ask them whether or not they even owned a Wii U. The majority of customers would just stare at me blankly, some even looked scared, as if I asked them something possibly offensive or personal. This look clearly meant that they had no clue what I was banging on about, this would lead to me showing them what a Wii U was, their reaction: “I thought that was the same thing as the Wii”.

Throughout my time in video games retail it became abundantly clear that the average consumer had no clue that the Wii U was a new console, to them it was simply the Wii. Nintendo’s target audience for the Nintendo Wii was the average consumer, not those who studied the new consoles or those who were so pants-pissingly excited that they knew absolutely everything about the product.

This is also joined by the point that the Nintendo Wii was never just a console with your standard controller, it was a console with a plethora of peripherals, you could purchase wheels, balance boards, even a little addition to the controller to make it look like a sword or lightsaber. Basically, it had a lot of add-ons, this meant with the unveiling of the tablet controller, and the fact that the Wii U looked scarily similar to its predecessor as well as having a similar name meant most consumers just couldn’t tell the difference between the two.

Miyamoto wasn’t wrong with his opinion on why the Wii U failed, in fact, nobody was downright wrong in their opinion of its failure. I just believe Miyamoto was looking at it from a consumers impression of the tablet alone, rather than the confusion of the tablet controller to the console. Numerous points lead to the Wii U’s failure, though I still believe it mainly lies in the tragic marketing of the console, which is a crying shame as the Wii U is actually a fantastic console.