Ahh, the Electronic Entertainment Expo. If the consoles and PC are indeed at war, here is where the gladiatorial combat actually takes place. We’ve come to expect the news on games in our favourite franchises, and to see new games in those franchises get announced.

That’s all well and good, but we all know there’s going to be a next FIFA or a new Assassin’s Creed. Those are foregone conclusions by this point. What’s always been the best thing about E3 is when they tell us something we don’t know. This is why the best thing to see at E3 is new IPs.

New IP often has the potential to steal the spotlight from established franchises. Watching everyone lose their minds over No Man’s Sky after its exposure during the Sony press conference in 2014 is encouraging as it shows that gamers crave something new.

The games industry thrives when it is innovating. Innovation is what keeps the industry and the medium forward, and often the biggest sources of innovation are with new IPs. New games, totally free from the constraints placed on sequels or “spiritual successors” with totally new mechanics and levels are always more exciting than whatever new cosmetic feature EA has trademarked (literally) for their latest FIFA update. 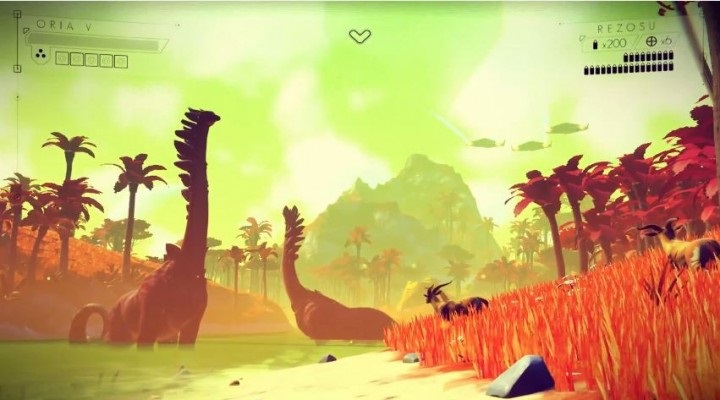 No Man’s Sky was a new IP that interested a lot of people.

Remember when Watch Dogs first debuted at E3 2012 to an amazing reception? The idea was so cool, and watching the first game play of Aiden driving through Chicago, controlling its bollards, traffic lights, cameras and bridges remains an E3 highlight. Yes we all know it didn’t quite live up to that hype when it was finally released in 2014 but in terms of delivering a knockout E3 performance it hit the mark.

New IP often demonstrates a new mechanic or totally new genre which is always more interesting to me than a new weapon or a new grappling hook in a sequel. Remember Mirror’s Edge’s reveal? People were amazed that a parkour-focused platformer was even being attempted from a first person perspective, let alone by a sequel-farming mega publisher such as EA.

You may be seeing a pattern emerging here. Both Watch Dogs and Mirror’s Edge were hugely praised at their various E3 appearances, but weren’t subject to that praise when they were actually released. There were a variety of reasons, with things such as length or graphics downgrades hanging over their heads. But both games remain as defiant examples of a new IP stealing the show at E3.

So, what new IP can we expect to see at this year’s E3? Well….we don’t know. But that’s the beauty of it. E3 is at its best when delivering announcements that force a 10-ton weight to fall on our heads from a great height. Oh, Assassin’s Creed is going to Victorian London? Cool. Nintendo doing a new Star Fox? I suppose that’s nice but we know what Star Fox is already. What? Hideki Kamiya? Dragons? Now that’s interesting! Unfortunately, this is a double-edged sword. With such a fanfare, a big E3 presence can cause the hype to soar to drastic heights, and we all know what happens when expectations become un-meet-able.

When a new IP is revealed at E3, we are un-tainted by context, and are able to look at the content with fresher eyes. We don’t care who’s developing it, what platforms it will be on or whose conference it was at. When we see the game we’re able to look at its mechanics and other qualities rather than how it fits into a grand franchise or a famed developer’s canon.

This is why indie developers should be and are becoming an increasingly important part of E3 press conferences. With no sequel baggage or franchise fatigue, these indie developers have only got their mechanics, level design etc. to get us to care about their game. This is how it should be, and new IP is where it shines. So here’s to all the new IPs that will debut at E3. Cheers.