Last month Nintendo president Satoru Iwata passed away, causing wide-spread grief across the gaming world. Iwata was a true legend in the industry having played a part in many iconic titles like Earthbound and the long-running Pokemon series. This couldn’t come at a worse time as Nintendo have come under a lot of fire recently for the Wii-U not meeting sales targets and paling in comparison to the Playstation 4 and Xbox One.

Recently our resident Liam Gittins wrote an interesting article on why the Wii-U has sadly failed amongst its contemporaries. There are claims of gamers not understanding the console’s intentions and that the market for tablet computers has dwarfed the Wii-U’s capabilities. Whilst you can agree that are some substance to these ideas, it’s pretty obvious that Nintendo just want to keep up appearances by firing back with such statements. ‘Failure’ is the interesting word here because Nintendo have only failed in terms of sales which to us gamers is not the be all and end all. Despite my stance as a Sony fanboy, I know a damn fine console when I see one and I’m hear to tell you that the Wii-U is exactly that. Disregard those claims of cheap gimmicks and graphics that aren’t up to par with its competitors, we have a machine here that knows exactly what it is and what it needs to achieve. Nintendo’s sales aren’t exactly up to scratch, but there is one area that you can’t fault them on and that’s their games.

Which coincidentally happens to be the most fundamental aspect of a home console.

Microsoft and Sony gleefully shove everything they possibly can into their products, making them media centres before consoles and in doing so have made it the norm. The Wii-U faced a lot of criticism for this but I can’t help wonder why Microsoft and Sony don’t get equally as much scrutiny for showing off their add-ons more than their actual games. In the grand scheme of things, both parties don’t have a great deal of exclusives up their sleeve, despite both machines almost reaching their second birthdays. It’s taken quite a while for them to move on from the embryonic stage where all of their games are either HD remasters or split-releases between their former consoles. There aren’t lot of real exclusives for the PS4 and Xbox One and amongst the ones that do, only a few of them are actually worth playing. Everything else is either on both systems or exclusive to their respective download markets. Where are all the big name exclusives that really sell these consoles to people?

This is where Nintendo have the upper-hand. Granted, they do have their fair share of the gimmicks (The original Wii being one huge gimmick) but they have kept their old mantra of “Play Games, Have Fun” an idea that seems to be lost these days amongst tides of modern warfare based shooters and endless cycles of football games. There’s a commitment to Nintendo’s usual cast of characters getting their standard big-name release alongside other mainstays like Mario Kart, which itself has seen a peak in quality with the eighth instalment. Speaking of the download market too, the Virtual Console has a plethora of classic titles from the NES-era right up to the N64 that are fairly cheap. Fan-service it may be, but it’s allowed a lot of us Westerners to get our hands on rarities like Earthbound that we could only access through badly translated ROMs. 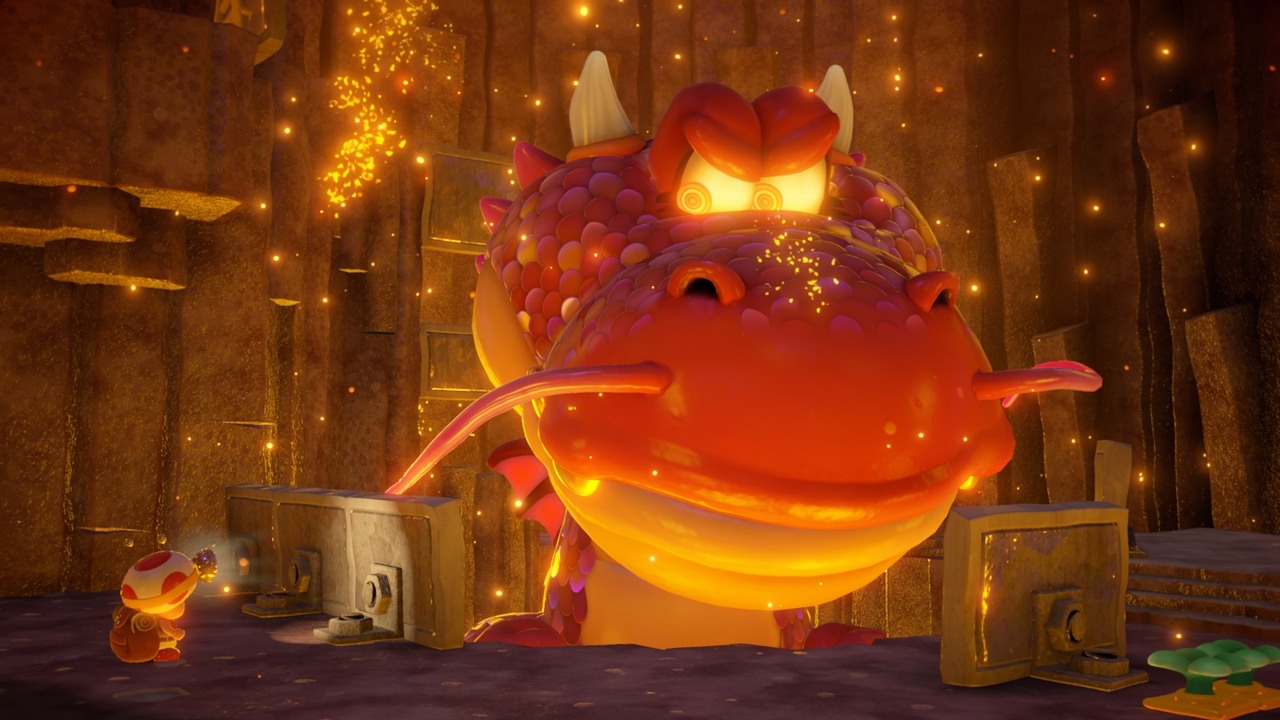 It doesn’t just end at the first party titles either, Bayonetta 2 as I am fond of saying is possibly the most fun I’ve had on a home console for quite some time. The fast-paced, combo-centric combat never gets old and the balls-out approach to its narrative and characters singles it out as one of the great oddities of the modern age. Making it a Wii-U exclusive seemed like a bad move on paper but on reflection it makes perfect sense. Frantic arcade action is part of Nintendo’s lifeblood and Bayonetta 2 has that by the bucket-load. It almost seems strange to imagine it ever being on the PS4 or the X-One as the majority of their titles are resigned to being so relentlessly dark and bleak that they become utterly joyless toward the end. I enjoy my excursions into evil as much as the next guy, but after a while it can be a bit much. Bloodborne is easily my favourite game of the year and as much as I enjoy slicing my way through plague-ridden beasties, it doesn’t leave much room for cheeriness when put alongside other titles like Mortal Kombat X, The Last of Us Remastered and The Witcher 3 which have equally dominated my play-time with the PS4.

Games heavily focused on stylish combat aren’t to everyone’s taste, but platforming games are universally loved. The download market has seen a big influx of titles that have shown than you don’t need meticulously crafted 3D graphics to create damn fine games. If  you’ve read my stuff before you’ll know that I’m constantly slinging praise at Rayman Legends and Oddworld: New N Tasty. Besides being great games in their own right, they remain two of the only recent-gen platformers that received heavy promotion and pre-release hype. Some may consider the genre to be a product of an age gone by, but Nintendo refuses to let it wither away. Kirby’s Epic Yarn, Yoshi’s Wooly World and Captain Toad: Treasure Tracker further continue Nintendo’s track record of creating simple yet deep side-scrollers with high replay value.

Captain Toad: Treasure Tracker is a prime example of the Nintendo formula at work. Simple concept, flawless execution. The integration of the often polarising gamepad/tablet controller is seamless and marks it as a good idea done well. The choice of geometric design over more ergonomic design may not be to everyone’s taste but it works when the gamepad itself is used to double-up as a portable play device. There’s a lot going on with the Wii-U that seems to get shunted to the side in discussion and I really can’t understand why. We’ve even seen Nintendo keep it contemporary by having third-person shooter Splatoon as one of the console’s flagship titles. Considerable hype surrounded the game and it’s justifiable. It’s fast, frantic and addictive, with no slow-down on servers and easy to master controls. It’s a stab at the current trend in the market and one of more enjoyable entries to surface.

Ultimately it boils down to Nintendo sticking to their tried and tested formulas and doing what they do best. Yes, they rely heavily on character who’ve less development in twenty years than I’ve had meaningful relationships with people, but it’s the commitment to solid design that makes them so endearing. The Wii-U may be devoid of the month’s many flavours but it has its own identity and works all the better for it. It’s a shame to see it wither away due to dwindling sales whilst the other consoles churn out some truly uninspired titles. The Wii-U is a console that I recommend to everyone, there’s a great selection of games and the focus on local multiplayer should be a huge selling point to anyone. Add in the backwards compatibility with both games and Wii-Motes and it’s one great package that’s substantially cheaper than its competitors. Microsoft and Sony may have built superior machines, but Nintendo have made the better games console.