As journalists, let alone players, when we are presented with a new game trailer of some description we find ourselves musing over the same questions over and over. “I wonder if it shows good or actual gameplay?”, “Ergh yet ANOTHER CGI mess” or even, “Why don’t they just release the game already?” to name but a few. It’s fair to say that over time we get a bit jaded and rightly so; we are not the younger gamer, able to be lost in the spectacle of the epic display given to us with a childlike innocence. But in this maturity, we lost something important. The ability to sometimes see a trailer for what it is; an impressive piece of advertising worthy of being given the respect it deserves.

Let us take a look at the recently released Final Fantasy XV trailer entitled ‘Omen’. The official word on the trailer from Square Enix themselves is as follows:

‘Omen’ is a conceptual CG cinematic trailer by DIGIC Pictures, inspired by Final Fantasy XV. A rapidly shifting world, enemies that appear endlessly, gradual loss of abilities… and a madness that brings harm to the beloved fiancée. This epic production, which can only be described as a nightmare for the struggling Noctis, is a collaboration between Final Fantasy XV and DIGIC Pictures, the world-renowned 3D animation studio that also took part in the creation of Kingsglaive: Final Fantasy XV. This beautiful yet violent vision inspired by the world and story of Final Fantasy XV depicts an ‘omen’ for Noctis’ father, King Regis, of a catastrophic future that must be avoided…

Right away what is obvious, despite how gorgeous it was visually, is that this trailer is trying to appeal to a variety of consumer and player type. The trailer presents a basic narrative, a story, which at its simplest is a tale of a young man following a dog to find a young woman who is in obvious distress. Of course, fans of the Final Fantasy series who have been following the long campaign of advertisement for Final Fantasy XV will see the symbolism and the references to external media (such as the Kingsglaive film and the animated shorts online) and revel in their deeper understanding of the trailer. This includes even just knowing the names of the characters in the trailer, Noctis and Lunafreya respectively. Small aspects like this can mean the world to players.

This simplicity of design is yet another boon to the average viewer. ‘Omen’ does not seem to reveal any major plot points of the Final Fantasy XV story (as far as we know), it only alludes to them in an over the top manner. This is done for a reason and it was definitely planned. The moment Noctis flips the car and the music changes to a softer and steadily more harrowing tone every scene has a goal, to shock and impress. Why? Because that is what makes you remember it. This is furthered by the symbolism, which is laid on thick for this and for good reason; it is again, easy to understand and to remember.

"The dog is a good example of this; it's what is known as the anchor of the story"

Even players who may not be fans of this series can grasp these strings of story and character and find the video memorable. The dog is a good example of this; it’s what is known as the anchor of the story, it is the spine of the trailer as it drives the story onward while being a big part of the overarching narrative. Thanks to this role it can and has become a discussion point in regards to the trailer. These discussion points do just that, they get players talking, even the ones who don’t understand or particularly like Final Fantasy.

The last feature of note is the overall tone of ‘Omen’. From the start of Final Fantasy XV’s advertisement and development they have reiterated one phrase, “A Fantasy based on reality”, and ‘Omen’ is more ground in reality then you think.  Bear with me a moment on this, I’m not crazy! Like I mentioned, at its core this is a story about a boy trying to save a girl and doing whatever they can to do this. That process does not always go smoothly, you have to adapt and sacrifice while going against insurmountable odds. Yes I am aware that we all don’t have magic teleportation powers and the ability to summon magical swords but that emotion and struggle is relatable on a level to a lot of people who will watch it, even on subconscious level. And that’s what gets people not just talking, it gets them invested.

Let me try to convince you further. Along with ‘Omen’, Square Enix also released another trailer for Kingdom Heart 2.8, ‘A Fragmentary Passage’ which was revealed to be the opening sequence to the game as well.

So I know what some of you are thinking right now. Why did Micky Mouse descend from on high in a wash of light ala Jesus H Christ? Trust me, I’ll get to that!

Right off the bat, the Kingdom Hearts series is niche in an already niche genre, the RPG, and is a sequel in a long line of games. This naturally means that a majority of its audience will already be fans, so you could be forgiven in thinking that this trailer was made just for them. While this view does hold some weight, ‘A Fragmentary Passage’ is a bit smarter in its design than that. Unlike ‘Omen’, whose story is implicit, ‘A Fragmentary Passage’ is a story based on the narrative of at least three Kingdom Hearts games. Think of it as a summary, and a pretty well-crafted one at that.

As a fan of the Kingdom Hearts franchise I can tell you that it does a more than adequate job in telling the viewer and potential players what they need to know story wise going into this game. Surprisingly, this also applies to the uninitiated viewer as well. Like before, at its core we see a rather simple story; a young girl is trying to protect her two friends from some form of evil and now she needs help. Again the symbolism is here (that hand in the eye at the end? Classic) and used throughout, but in the case of ‘A Fragmentary Passage’ it is needed even more. The unrealistic nature of the setting is of course jarring when it comes to making an emotional connection, something ‘Omen’ could ignore to some extent, and therefore requires such heavy-handed symbolism to drive the narrative home for any potential viewer. 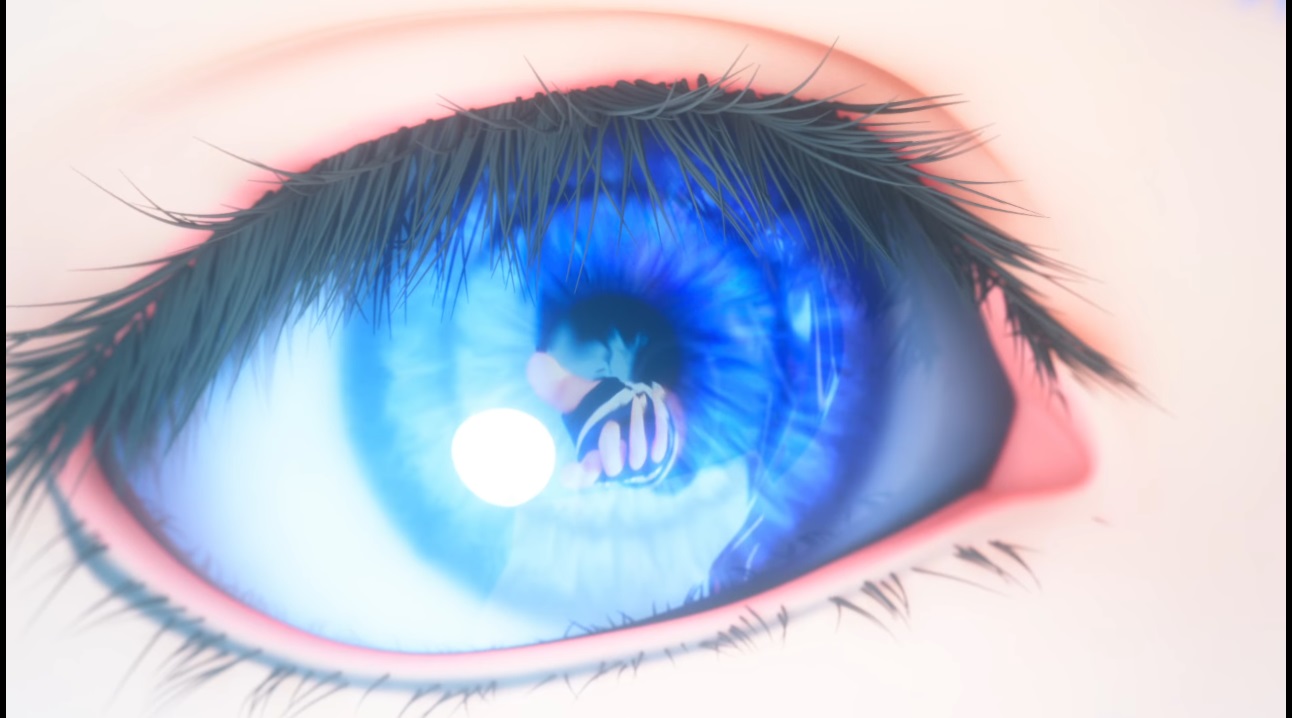 That hand in the eye at the end? Classic!

This is where Micky comes into it. Up until this point we have been shown a lot of quick cuts containing action, symbolic scenes and even shots from previous Kingdom Hearts titles. Suddenly, the music changes, the singing voice becomes rather neutral in its tone and the beat starts to get hectic. Paired with the fight scene presented, you can be lead to believe that this is pivotal moment. This is where Micky makes his grand entrance and, quite literally, saves the day. After this we are returned to the same old style of trailer; the music brightens up and the scene itself follows suit. Micky’s appearance, while being a genuine part of the story, is intended to be that shock that I mentioned before. It’s the part of the trailer that EVERYONE will mention.

Fans will relish the Kings inclusion while the average viewer will walk away thinking, “What the heck was that about?”. It creates that talking point I mentioned before, and for this trailer that’s all it needs to do. Like we know, the Kingdom Hearts series by now has its invested player base, what they needed now was for others to be encouraged to jump in for a go and that is what I believe ‘A fragmentary passage’ achieves.

‘Omen’ and ‘A Fragmentary Passage’ are wonderful examples on all the right ways to design, present and even musically score trailers and I certainly hope that we see more like them in the future. In the end though, if you want to take away anything from these observations, make it this. Regardless of your feelings on trailers filled with CGI delights and how often they grace our screens, in the future try to appreciate them for what they do right and what they actually are; fantastic pieces of advertising. And really, what more would you want from a trailer?