Welcome back tabletop gamers. Have you wondered how you would cope in a post-cataclysmic world where humanity is on the brink of annihilation from otherworldly threats? Well, stay a while as we interview the team at Raven Tales Entertainment and their upcoming board game Wardens: A Cosmicist Odyssey.

What is Wardens The Board Game?

First things first, what is Warden: A Cosmicist Odyssey? It is a cooperative board game set in a Lovecraft-Steampunk hybrid universe. Designed for 1-4 players, this adventure pits the Wardens, humanity’s last hope, against the legions of Cthulhu. Players must carefully travel the world in search of powerful artefacts that will aid in the battle against the forces of madness whilst not submitting to madness themselves

There is a wonderfully immersive and detailed lore surrounding the game. On the official website, it describes the existence of a powerful bloodline called the Naacal and the elders that bring about peace and enlightenment to earth. These psionic elders accidently damaged the barrier into the dimensions that housed The Great Old One and set in motion the impending destruction of mankind. But, not before establishing The Brotherhood to steer humanity in the right direction and hopefully one of survival.

As for more on the game mechanics, each Warden has its own characteristics, abilities, and strategies. As the game incorporates battle with land, sea, and air, you can expect to execute tactics for the betterment of humanity across all forms. These battles with the chaos spawn are diceless and utilize unique mind-reading mini games. These mini games use a rock-paper-scissors mechanic to decide the winner. Using all of this, and by upgrading your armies, you aim to take control of territories with the goal in finding artefacts to drive the forces of chaos from this plane of existance.

The Interview with Kate Tessier and Sam Turner

With such a vast world anchoring and excited tabletop experience, we had the opportunity to interview the team at Raven Tales Entertainment. We wanted to hear their thoughts on some of the elements of development and the stories that blessed them along the way.

What were the initial Spurs to create Wardens? Was there a “spark” moment when you thought, “This needs to be made”?

Sam: 2 years ago, I was working in the video game industry as a concept artist. I was already in a perpetual creative process mindset, but with the wish of creating my own characters. At this moment, I came up with the idea of the Wardens brotherhood, protector of what would be left of the humanity after future cataclysmic events.

I was a little tired of video games, and since I’m a huge board game enthusiast, it was the perfect match at this moment! I was so excited about this idea, so I decided to leave my career as a concept artist to create my own company, Raven Tales Entertainment, and spend all my time on this project. Without hesitation, Kate, my partner, decided to follow me in this exciting adventure.

What are the main influences of the game and why did you choose them?

Sam: Lovecraft is my main influence. I have read a lot all of his texts and I’ve been a huge fan of horror stories since I was 11 years old. It was not even a question when I first thought about Wardens, that the main antagonist would be a Great Old One. I’m also in love with post-apocalyptic games like the Fallout series, or dystopian worlds like Bioshock. This is where my love for Steampunk began. I wanted to mix these 2 main influences (Lovecraft and Steampunk) in a cataclysmic and incredible cosmic odyssey. 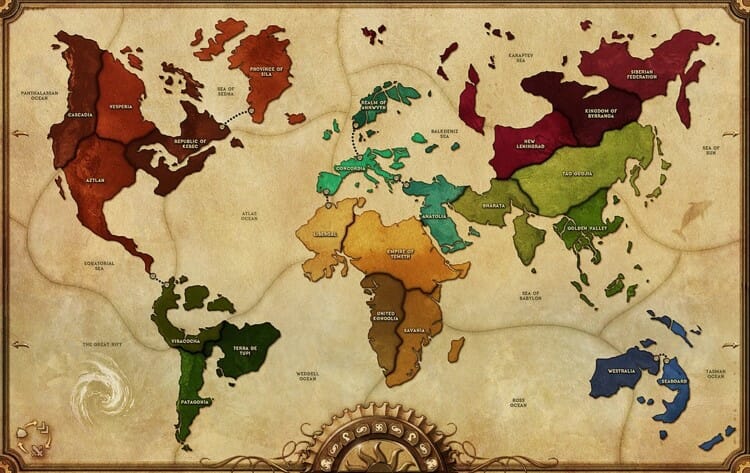 Are there certain aspects of Wardens you want players to experience whilst playing? Is there anything you want them to take away from every game?

Kate: The most important thing for us is the emotions felt by the players. Wardens is a really immersive game, offering a huge back-story with a very complex and detailed universe. It brings the players to experience a variety of emotions during every game. Even though the Cthulhu’s player is fighting alone against the Warden’s team, they feel unstoppable in this over-powerful role, quickly building his army of Starspawn and destroying everything on his path.

On the other hand, the Wardens are always overwhelmed and play nervously and cautiously as every error can be fatal. Also, the fact that the “Insane” Warden will play for Cthulhu, against the other Wardens really turns the tide of every game, people are screaming, laughing, and friendship is destroyed!

For me, this is the most important thing when I play or when I watch other people play Wardens. It’s the mix of all the emotions, making us feel like we’re part of a real adventure.

In 3 words, how would you describe your upcoming release?

What has been the team’s favourite part of development so far?

Kate: Even though I absolutely adored imagining the universe of Wardens and writing the Storybook, I think that our favourite part was presenting the game in local stores and having playtests. After working on it for so long, it was such a relief to see that the players enjoyed the game. Watching them have fun while playing this game which is our very own, is our biggest reward, every smile is an accomplishment. 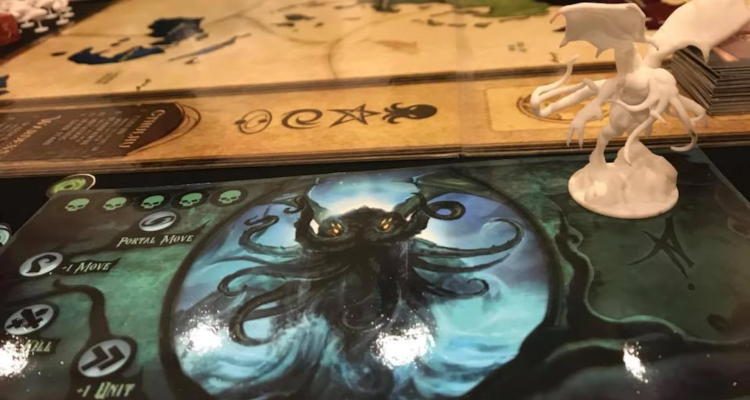 When playing the game, what has been some of your most memorable moments thus far?

Kate: The most memorable moments during the game are mostly always near the end, when the players just give everything they have for the final battle! The games are always extremely tight (Except if one side was really playing more strategic than the other) so the endings are really entertaining!

One time, Cthulhu had one Warden Insane, he had wiped out all the others Warden’s armies and got them surrounded. He was winning but, they managed to find an Artifact at the last moment allowing them to sacrifice one of them so the remaining Warden could have one last chance to win. In that game, Cthulhu had played very well and he had gotten so strong. There was no way the Wardens could have won. But with lots of strategies and a little bit of luck, they succeeded. At that moment, all the players had stood up from their chairs and they held their breath during the whole final round.

Is there anything you want to say to the fans and supporters so far and for those who will join them?

Kate: This is our first project but definitely not the last, we had so much fun during the process and we absolutely want more! After two years of work, Wardens is finally ready and I have to say that I am so proud of the result and especially so thankful for everything this project has brought me. Starting with all the amazing people we’ve met, who share this wonderful passion with us.

If you enjoy immersive adventures set in dystopian worlds, where you need to battle and strategically play for your survival, Wardens is for you! Oh and also, don’t be shy to come and talk to me, let’s play some games and become friends!

With a more insight into the wonderful, yet apocalyptic, world of Wardens, it is easy to get excited about this tabletop games release. All of the elements thus far appear polished, refined and tested. As world travellers, Kate and Sam, have playtested their upcoming title with the community and it has been received well. These are certainly good omens for the team.