If you have wanted to take part in an interactive episode of a supernatural fantasy drama such as Buffy, Charmed or Supernatural, you may be interested to play Unavowed, the latest project from Wadjet Eye Games, the creators of the award-winning Blackwell series of adventure games.  While it sticks to the gameplay formula that has been the genres bread and butter, it blends in a lot of welcome changes which long time fans will certainly appreciate.

Unavowed takes place in modern-day New York, and has been confirmed to take place in the same universe as the Blackwell series by Wadjet Eye Games. After being possessed by a malevolent demon, the main character is rescued from their fate by a makeshift exorcism by Eli, a male fire mage and Mandana, a female Jinn who is proficient in the ways of the sword. After learning that a year has passed since being possessed, you are inducted in the Unavowed, a secret society that protects humanity from supernatural threats.

At the beginning of the game, you are given the choice of playing as a male or female protagonist, as well as your career before you became part of Wadjet’s Buffy style ensemble. Whether you trod the boards as an actor, listened to people’s troubles as a bartender or made the world a better place as a police officer, each occupation has a unique origin story that allows you to build your own Unavowed experience. Each occupation also unlocks additional dialogue options, similar to the conversation wheel variants seen in Bioware’s RPG projects. Whereas the Bartender can play the empathy card in times of turmoil, a Cop can be more direct with their questioning, and an Actor can find it easier to play the role of a victim or a villain where appropriate.

Unlike many 2D point and click adventure games that can be fully experienced in a single playthrough, Unavowed has opted to borrow features from modern entries in the genre to be placed alongside the conversation and puzzles that must be solved along the way. The choice and consequence mechanic has once again made an appearance, and it is played to great effect as you solve each supernatural mystery. Whether you are choosing whether or not to lend assistance to a hungry demon, or deciding how to help someone who has suffered because of an unwise decision, Unavowed’s well written dialogue makes each decision feel like a heart wrenching fork in the road, instead of a rudimentary decision made just to travel further into the narrative.

If you are familiar with the art style that has become the firm favourite of Wadjet Eye Games, then you will know what to expect when you first load Unavowed. The high-quality pixel art for both the characters and the backgrounds brings the game’s world to life, with a series of shading techniques and additional visual flares that can only made possible by the processing power that has become available since the earliest days of the genre. The soundtrack of Unavowed is full of the tense background tracks which aptly build the mood for each situation, and the voice acting for the cast feels very professional, with only minor issues present when certain voice files were missing in this early build of the game.

When I reached the end of the preview build that I was kindly provided by the developer, it would be fair to say that Unavowed has made a very strong first impression. The additional of origin stories and consequence-based choices to the point and click adventure genre works beautifully, alongside the traditional puzzles and conversation trees that we have come to expect. If all goes according to plan, Wadjet Eye Games hopes to release Unavowed before the end of this year. If the rest of the game proves to be as engaging as what they have let us experience, then we will be in for a super-natural experience that will not be soon forgotten. 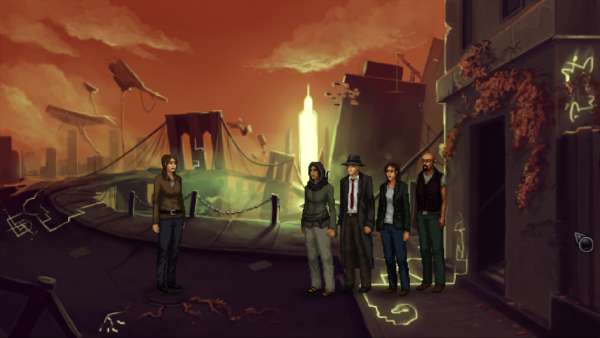 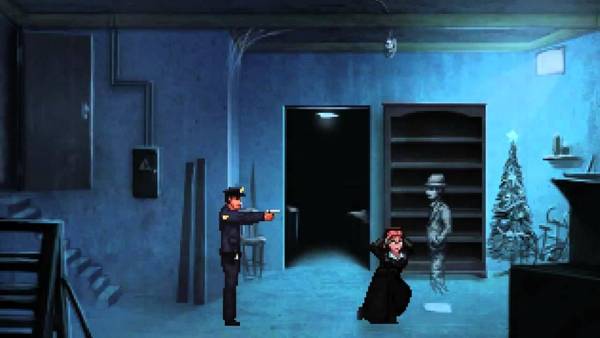