Titanfall is one of, if not the, most enjoyable multiplayer experiences out there right now. But it’s not all fun and games, sometimes there is annoyance, disbelief and downright rage. Join me on a journey to the Frontier as I look into the most annoying ways to die in Titanfall.

Not even grunts want to be killed by grunts.

You know you’re having a bad day when you’re killed by an AI grunt. Everyone knows how suicidally incompetent the grunts are, but to paraphrase a great man “who’s the more foolish, the fool or the fool who gets killed by him?”

Maybe you were low on health, maybe a group of them ganged up on you. No matter how you spin it, you were still killed by a grunt. You suck. 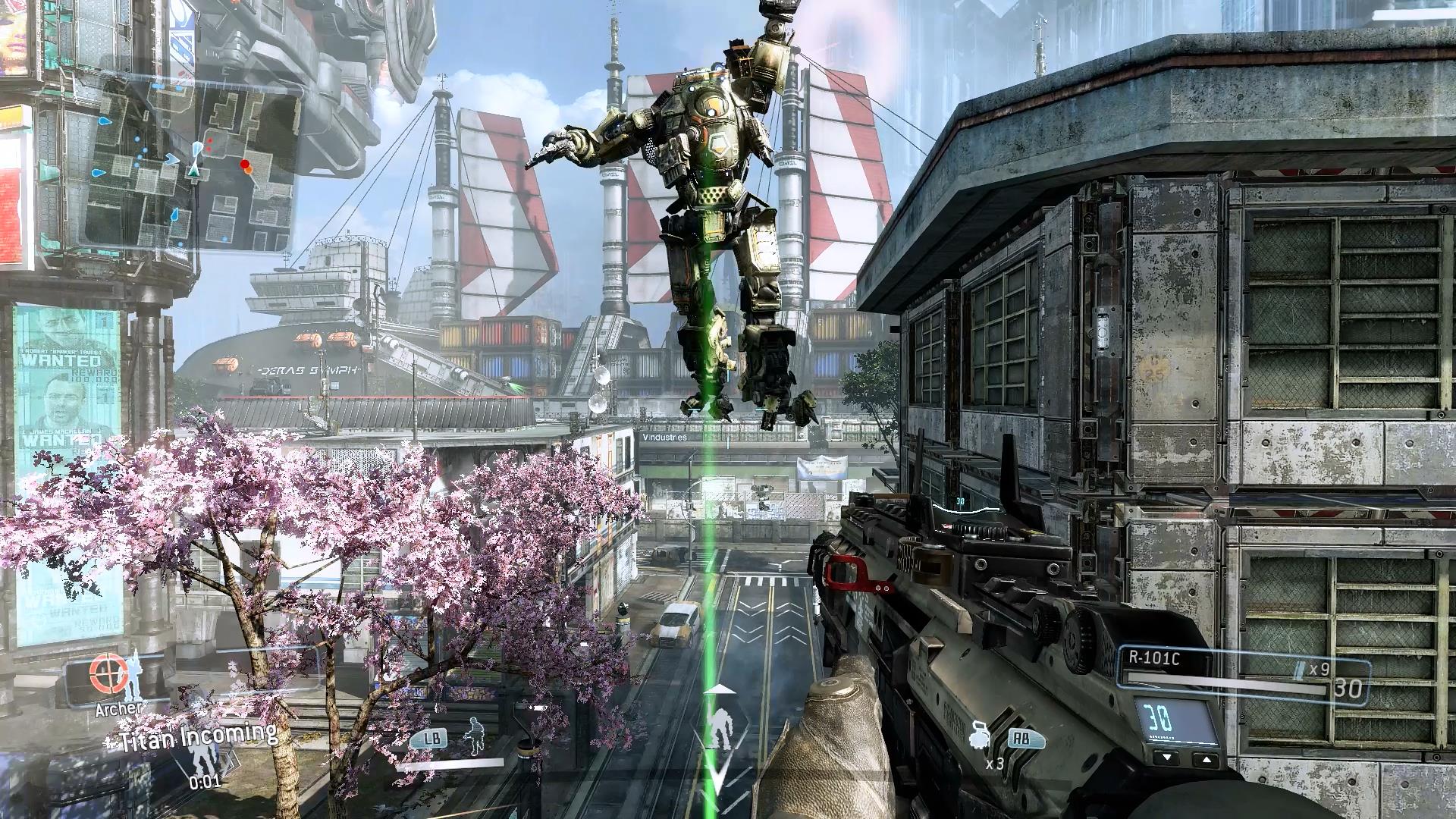 I must go now, my people need me.

Being killed by a grunt is annoying because it’s pretty much entirely your fault, but this next entry is on the other side of the spectrum. I mean who even looks up these days? No one, that’s who, so nobody ever sees their doom approaching as a giant robot drops from orbit, right onto their head.

Known as being ‘bonked’ in the circles I play in, being killed by a hostile titanfall is so unexpected and instantaneous that you’re left in a state of shock, rendered speechless by the brutality of what has happened to you. A couple of tonnes of metal just fell from space and landed right on your big fat head. It was your time and there was little you could have done to stop it. Stupid fate. 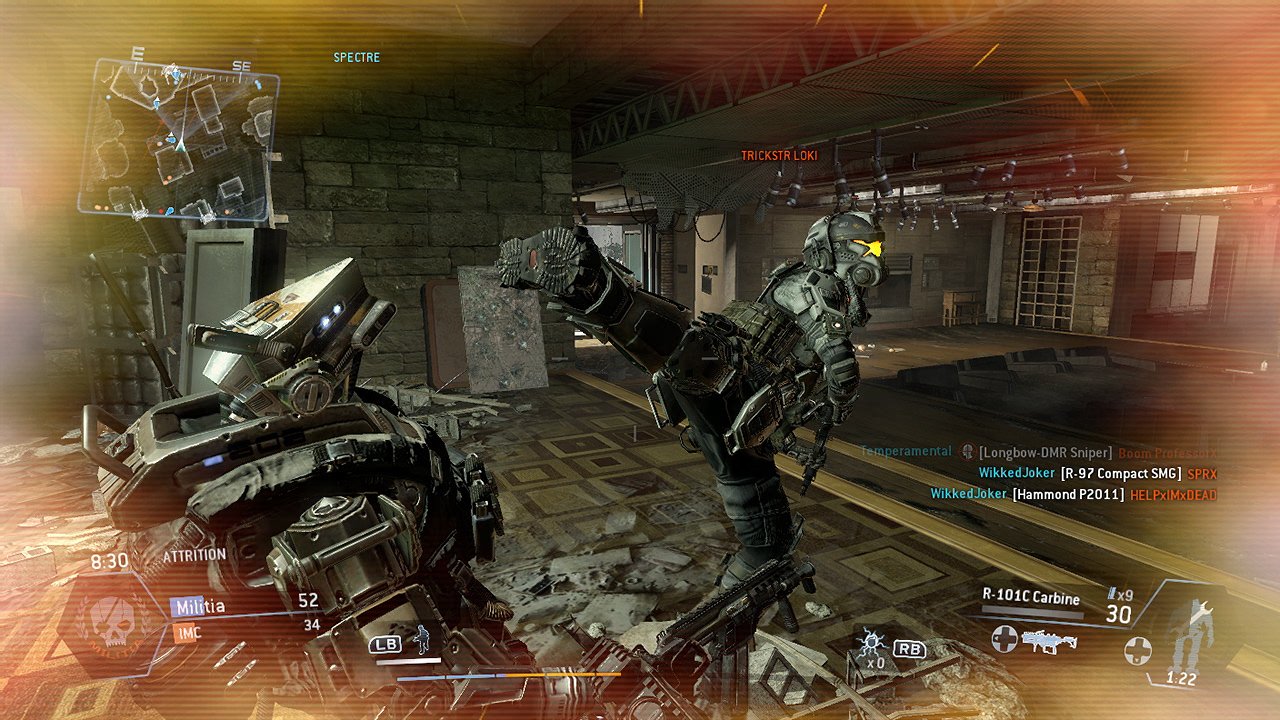 Everybody was kung fu fighting…

OK, so I get that pilots are pretty badass, what with their jetpacks and epic parkour skills, but can they really kick a man to death in one fell swoop? I’ll set the scene, you run around a corner only to bump into an enemy player. Surprised, you open fire and land a few hits, only to be sent packing by the foot of destiny as Jackie Chan kicks you with the power of a thousand suns. It’s absolute bulls**t.

The neck snap is fine; they snuck up on you, you were dead no matter what they did. But the kung fu academy over at Hammond Industries has a lot to answer for. Like all overpowered moves though, the kick is forgiven instantly because everyone can do it, and everyone does take advantage of its frankly French levels of cheese.

Go into the buildings they said, it’ll be safe they said.

Burn? There are no flamethrowers in Titanfall, I hear you murmur. It’s not weapon related, nor is this death the result of someone telling a sick ‘yo momma’ joke which requires you to head to the burn ward.

Campaign mode, the mission ‘Here be Dragons’. The IMC have managed to push back the Militia and scuttle the base…the base you’re probably currently inside. Blisk mumbles something over the radio but you’re distracted by enemy pilots attempting to introduce you to their good friend Mr Boot. It turns out that mumbling you missed was pretty important, because it was Blisk telling you to get out of the building as it’s about to blow.

Cue the fancy effects and the kill count filling up with players who were murdered by the enigmatic burn. What annoys me most about this death is that I simply don’t learn, I get killed by the bloody explosion every damn time, much to the amusement of my fellow party members. Bloody spontaneous building explosions.

Oooooooo, what does this button do?

I’m assuming the annoyance of my opponents on this one, because this has to be the greatest no-lose scenario you can set up in Titanfall. Play a defensive game mode such as Hardpoint, give yourself dead man’s trigger and then just sprinkle a few satchels around the room at strategic locations and wait.

When the opposing player enters the room, one of two things will happen. You kill them, life goes on and all is well. Alternatively they kill you, at which point every satchel charge in the room detonates and you take them out with you. Now, Microsoft like to harp on about Kinect integration; what I want to see is their faces when this happens to them. It’s the perfect idea, make it happen Respawn.

So there we have it, my list of infuriating ways to meet your maker in Titanfall is at an end. Did I miss anything? Let me know in the comments below and be sure to check out our Titanfall review.