The Flame in the Flood pits the player against the elements as you lead Scout and her faithful dog Aesop down a harsh river system in post-societal America. It’s a procedurally-generated rogue-like from a new studio called The Molasses Flood, boasting talent from the development teams of  ‘the BioShock Series, Rock Band, Guitar Hero, and the Halo series‘.

The art style might be charming and the soundtrack might soothe your very soul, but make no mistake, you are going to die. You’ll die from starvation, dehydration, infection, exhaustion, exposure and good old fashioned being eaten as you attempt to reach safe haven. So take our advice and follow these handy tips if you even want to have a chance of salvation.

Get some tools built 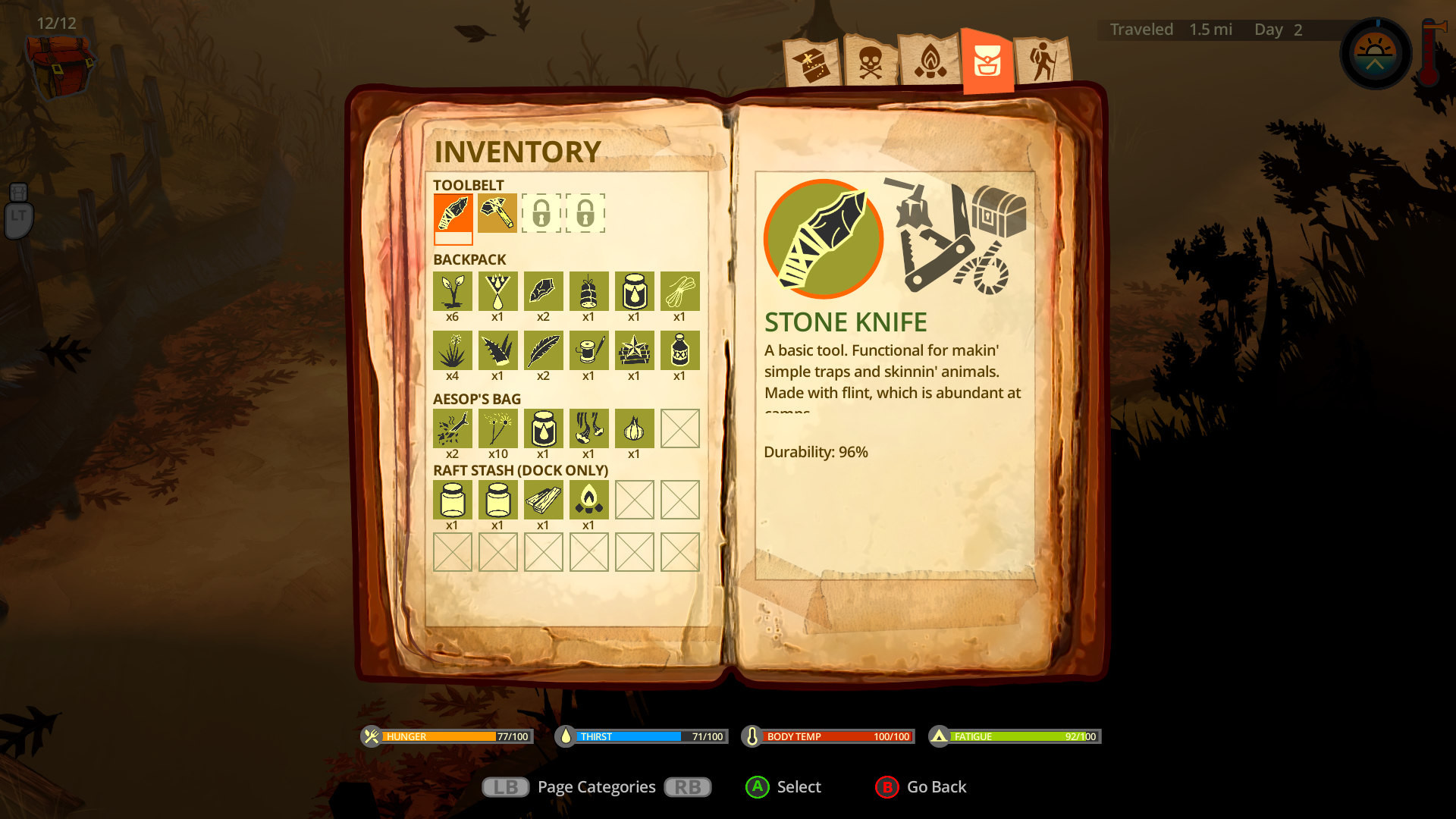 Your first priorities should be to get a stone knife and stone hammer built as soon as possible. The hammer mainly helps with upgrading the raft, which you’ll need in the long run but the knife is required to build almost anything lethal. Unless you want to live the vegan lifestyle, I suggest you get yourself a knife pronto. Heck even if you do want to go vegan, get a knife because it’s required to build some medical supplies like splints for setting broken bones.

Be Mindful of Your Surroundings

You see that thing over there? It wants to kill you. It doesn’t matter if you’re looking at a wolf, a swarm of ants or a blade of grass. Your only thought when looking over your surroundings should be ‘what could kill me here’? Wolves and bears are the obvious threats, along with the ever present and psychotically aggressive wild boars, but these aren’t your only enemies. Snakes want to poison you, fire ants want to bite you, crows will attract wolves.

Keep your eye out for the tell-tale signs of any of these threats and plan accordingly. If you see a wolf up ahead, either pull out a torch to scare him off or set-up a spear trap and lure him in for the kill. Of all the listed threats though, the dreaded fire ants are the most dangerous because they are so easy to miss. Look for small holes in the ground, usually located around crops and other useful stuff that you’d want to pick up; that corn might look tasty but you’ll end up as a meal yourself if you go in unprepared.

Listen to Your Pooch 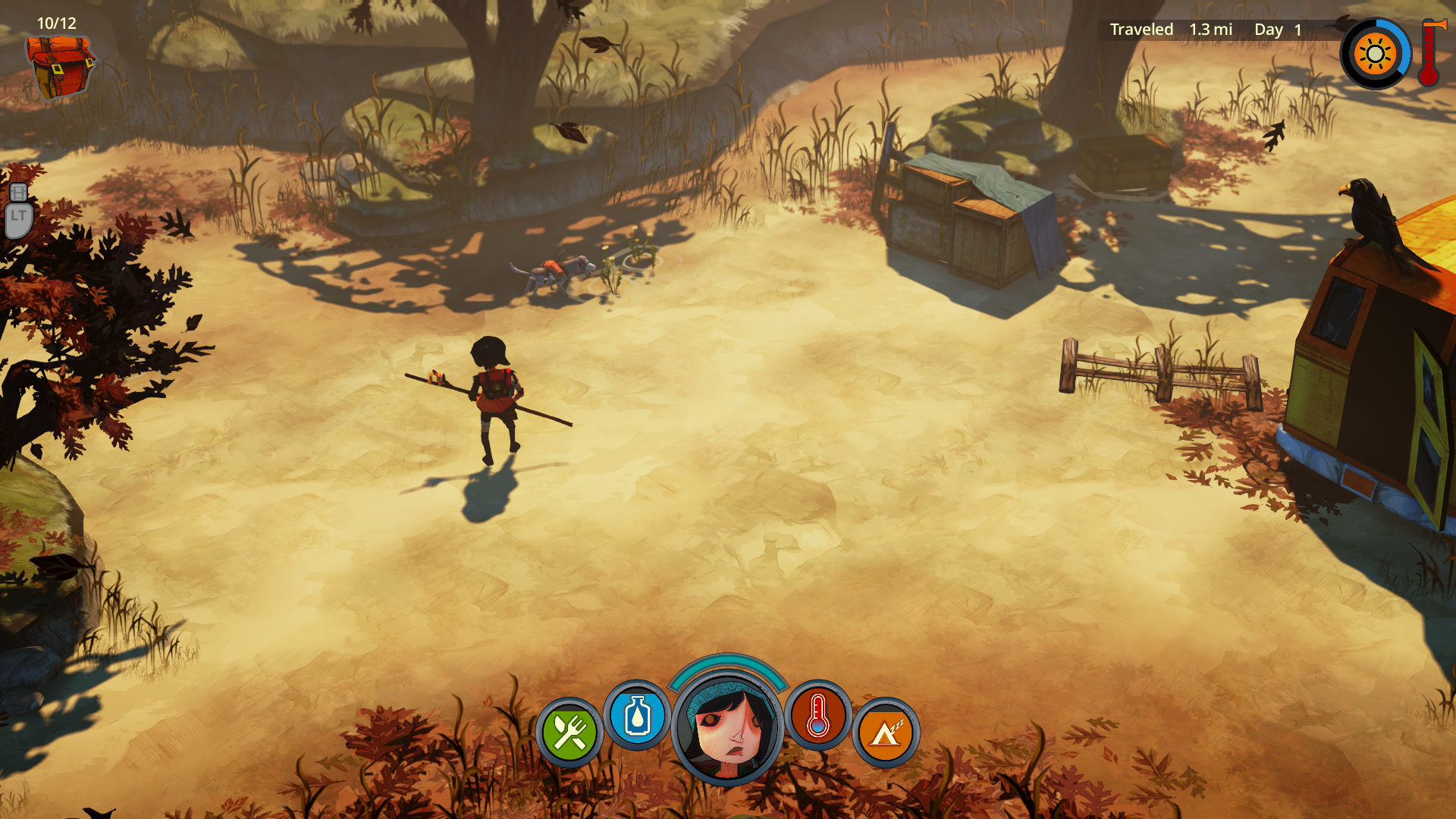 Your faithful companion Aesop is your only ally in the harsh world of The Flame in the Flood, so you’d do well to listen to him. Unless you’ve been hitting the booze a bit hard, he won’t actually talk to you but he does bark when he spots something useful for you like a supply cache. As an added bonus, he serves the role of pack mule too, carrying extra items for you when your pack is full. Be warned though, he’s not much good in a fight so don’t expect him to fend off any wolves for you.

Don’t Cure an Ailment Until the Coast is Clear 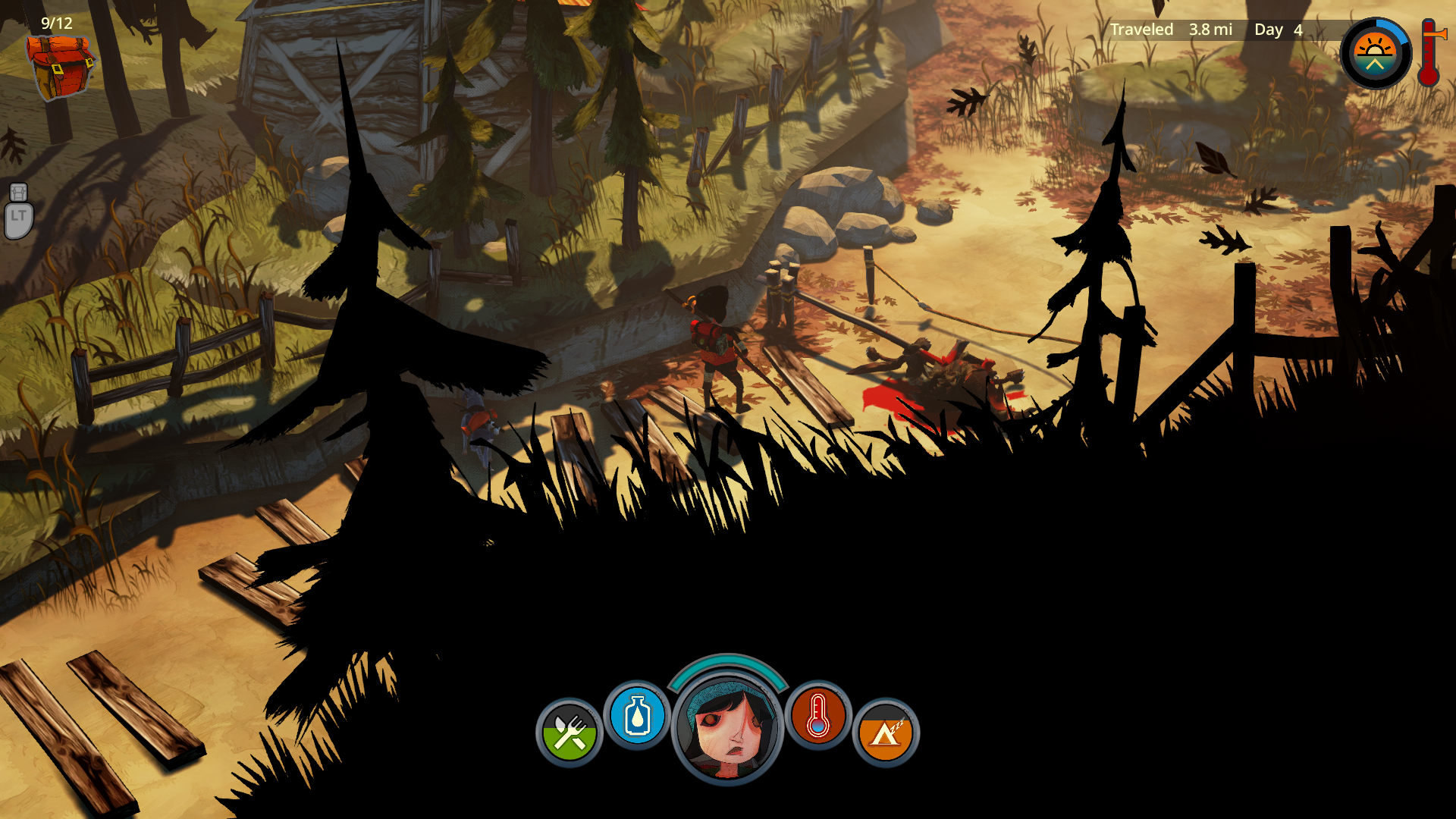 Now you’ve done it. You didn’t head my warnings and you’ve gone and stepped into a fire ant nest, getting yourself bitten in the process. Luckily you have some handy aloe in your pack which will treat that wound nicely. But hold up there cowboy and think it through. You cure yourself now before you’ve fully explored this area and there is a pretty good chance you’ll just get bitten again. Get back to the raft, a camp fire or another safe spot before you treat and ailments that you’re afflicted with. Wasting supplies is no way to live on the river. 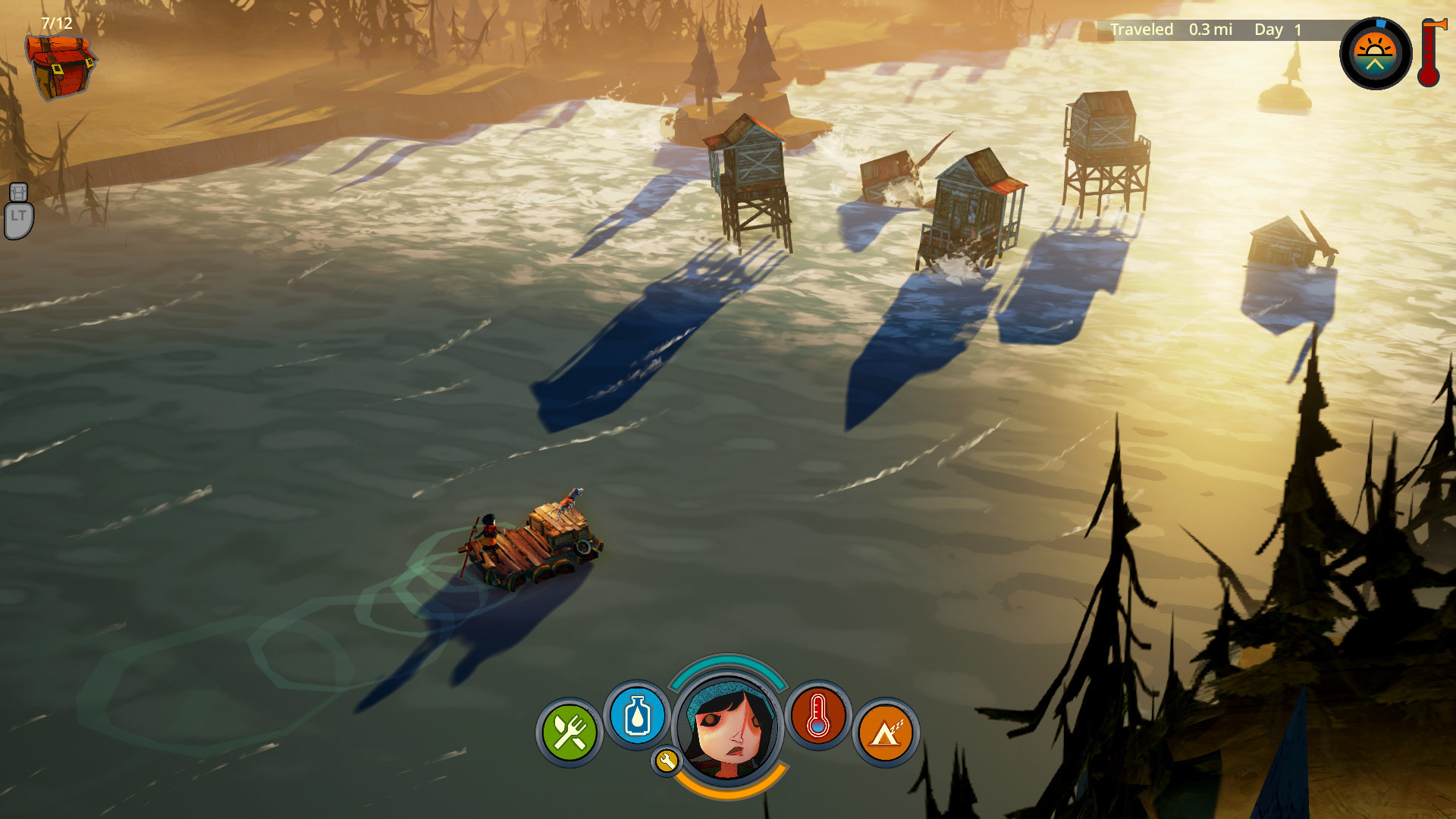 Tallahassee said it best, you have to enjoy the little things in life to make it through the day. The Flame in the Flood is brutal and unforgiving, especially if you play on survivor difficulty which brings permadeath to the table. It’s easy to get frustrated and desperate as you forage for supplies, but take the time between stop offs to relax and take in the view as you float down the river, letting the current take you where it may. The Flame in the Flood really comes into its own during these moments of respite as you lie back, listen to the phenomenal folk soundtrack and let the troubles of the day melt away. Enjoy yourself today, because you’re going to be eaten by a bear tomorrow.

That’s it for our survival guide. The Flame in the Flood is available now for Xbox One and PC through Steam so pick it up if you’re into dying a ton. Also be sure to check back here in the next few days for our review. Got any other tips to share with wandering travellers out on the backwater? Let us know in the comments below.

Filed under: PC Steam Survival Guide The Flame in the Flood The Molasses Flood Tips Xbox One