Splatoon 2, not called Splat2oon to many people’s dismay, is basically an upgraded Splatoon. It has ironed out all the small issues with the original game in the form of balancing and quality of life changes (as I was told). Egar to see if this was the case, I jumped into a game with seven other players and got ready to try out the sequel to one of the most enjoyable shooters in years. One of the best methods to play Splatoon was to use the gyro controls to aim, the control you got from it was a large asset in hectic moments. To try this, I specifically played the game on the tablet with the Joycons on both sides. I am pleased to report that the game is still fun and has retained its super cute squid kid aesthetic; the areas that made the previous title as good as it was.

The Splat Dualies, the new weapon added, fire faster and in a short area well as a giving your inkling a dodge roll for added movement. This naturally makes the Dualies much more suited for one on one combat when compared to painting the terrain. The super attack keeps this idea in mind as it allows your inkling to put on a paint jetpack and fly around firing a rocket launcher. Even the most stone-hearted individuals couldn’t help but crack a smile while doing this, it’s a balanced move while also being so fun; a rarity these days.

The Switch allows for local multiplayer thanks to its ad-hoc functionality, both on the TV and on the Switch itself, which is a much-welcomed addition and addresses one of the major complaints of the original title. This could be seen as a conformation of the new eSports mentality around this game that was obviously teased in the first reveal trailer for the Nintendo Switch. Really, who wouldn’t want to see this as an eSport? 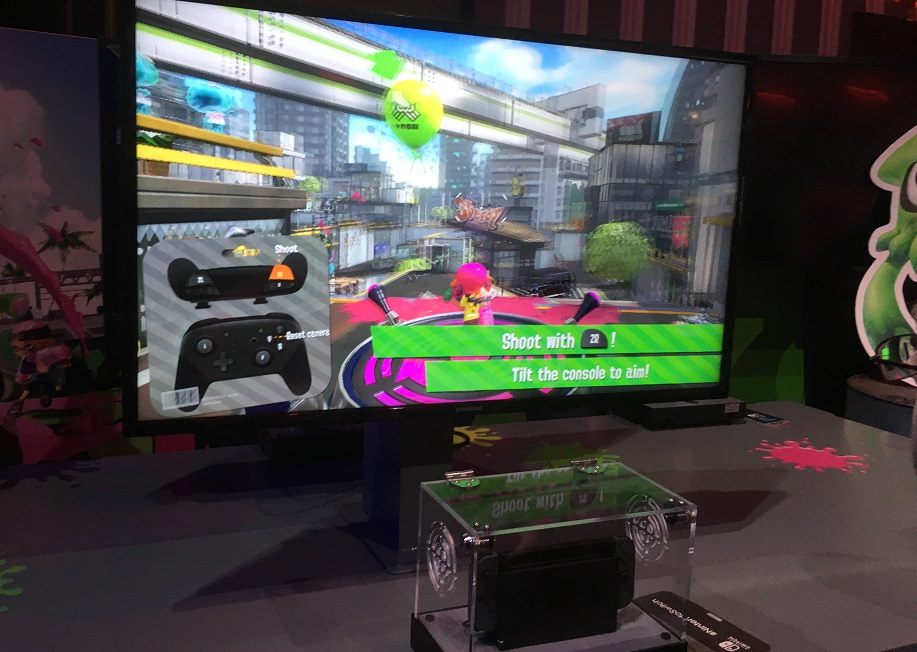 "...building on what made the original Splatoon great makes this a solid title."

Splatoon 2 will also feature a new single player and for those who enjoyed the first games experience, you can be sure that you will enjoy it here. That’s the main problem with Splatoon 2 really; you already know if you like it and will buy it based on how much you enjoyed Splatoon when it first came out. The game is essentially the same game again with upgrades and a few new additions. It’s just as fun and engaging as the original but you can be forgiven for thinking that it isn’t worth the new price tag. Players who sank hours into the Wii U version will likely be initially disappointed with Splatoon 2; the game feels like Splatoon DLC.

However, the changes, along with the new ways to play inherently with the Switch, and building on what made the original Splatoon great makes this a solid title. We give games like Call of Duty a pass with the reasoning that if it isn’t broke, you don’t fix it, you just improve it, and Splatoon 2 has embraced this. Having poured tons of hours of the Wii U game, I am excited to jump back into the world of Splatoon 2 and utilise the new features to their fullest extent when it is released later this year.