Morgan Freeman is your loving mentor in South Park: The Fractured But Whole, however he is also a hidden boss and the hardest one at that. You’re gonna need to be well prepared to take him down, and this guide will help you do that.

First things first, don’t even attempt the fight unless you’ve beaten the main story. There is no way you have enough Might to take him down if you haven’t.

To trigger the fight, enter Freeman’s tacos and punch the man himself three times. Each punch will warrant a warning, eventually leading into the battle.

You’ll want to have 800 Might to stand a chance against the immense power of his freckles. You’ll want as many of the Maximum healing and revive items as possible, they will be imperative in this fight. Make sure your New Kid has some status effect abilities equipped, something that can cause bleeding or burning. Also equip something with knockback, as keeping Morgan Freeman as far away from your party as possible is important. Lastly, the Summon Timefart will be necessary for this battle.

The most efficient party composition for this fight is Mysterion, Mosquito, and Toolshed. Mysterion’s ability to die twice before getting kicked out of the fight is great, and his knockback will help keep distance. Toolshed’s ultimate may only target one foe, but will decimate Morgan Freeman up close. Last but not least, Mosquito can apply a Grossed out status effect, helping add some damage over time.

Most important piece of this fight is the positioning of your team. Keep your team evenly spread across the grid to reduce the possibility of one attack knocking your entire team out. In the beginning, when Morgan Freeman is about to use his fart attack, interrupt it with the Timefart Summon. Not only does this cancel his powerful move, but also calls in a younger version of yourself to assist in the battle.

Use your knockback abilities to try and keep Morgan Freeman centered in the grid, keeping his distance from all party members. After some time, Morgan Freeman will use a Summon Timefart to bring forth one of his own younger selves like you had before. Shift your attention to the younger Morgan Freeman and get him out of the way ASAP.

Once younger Morgan Freeman is down, Morgan himself will start to try and charm your party. Use burning or bleeding damages to deplete his health while you spend your turns focusing on healing your heroes. This final phase will be hectic after your party members start to become Charmed, just try and keep your cool, while using health and revive items when needed.

Survive that final phase and you have officially defeated Morgan Freeman. Bask in your own glory as you have bested the strongest enemy in the game. 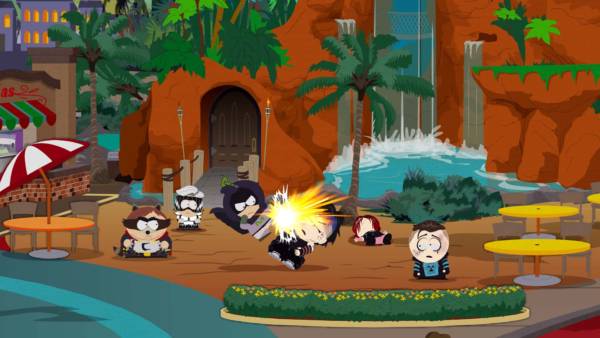