I’m not going to for one moment pretend that I fully grasp the essence of the Legend of Zelda: Breath of the Wild from a design perspective. There is just so much going on in this game that it would take a much longer period of time for me to breakdown the systems in play here. That being said however, there is one thing that I noticed (outside of people’s outright anger revolving around the fact that weapons break) is that the game uses its space in a way that few other open world games have done before.

(PLEASE NOTE: THERE MAY BE A FEW SLIGHT SPOILERS!)

A game design term used here and there is as follows; “Walking in NOT a mechanic”. It is a simple mantra that reminds creators that the method of getting from point A to point B in a video game should never be a key mechanic alone as it is inherently not all that fun. This is why fast travel is a feature we often see in games and in titles like Firewatch, which are described as walking simulators, something else fills up the movement. This can be a conversation, NPC interaction or just set pieces that the player can admire. Over time good designers found better and increasing ways to be clever in how they build these moments.

I mention this because in my entire time of playing this game, I never came up against a moment in which I felt like travelling was pointless. In fact, I barely used my horses or the fast travel system because getting around was just so interesting and, more importantly, fun. When you think about it that is quite shocking; the implications are massive as it would seem that the entire world was crafted in a way that any form of travel would be rewarding. 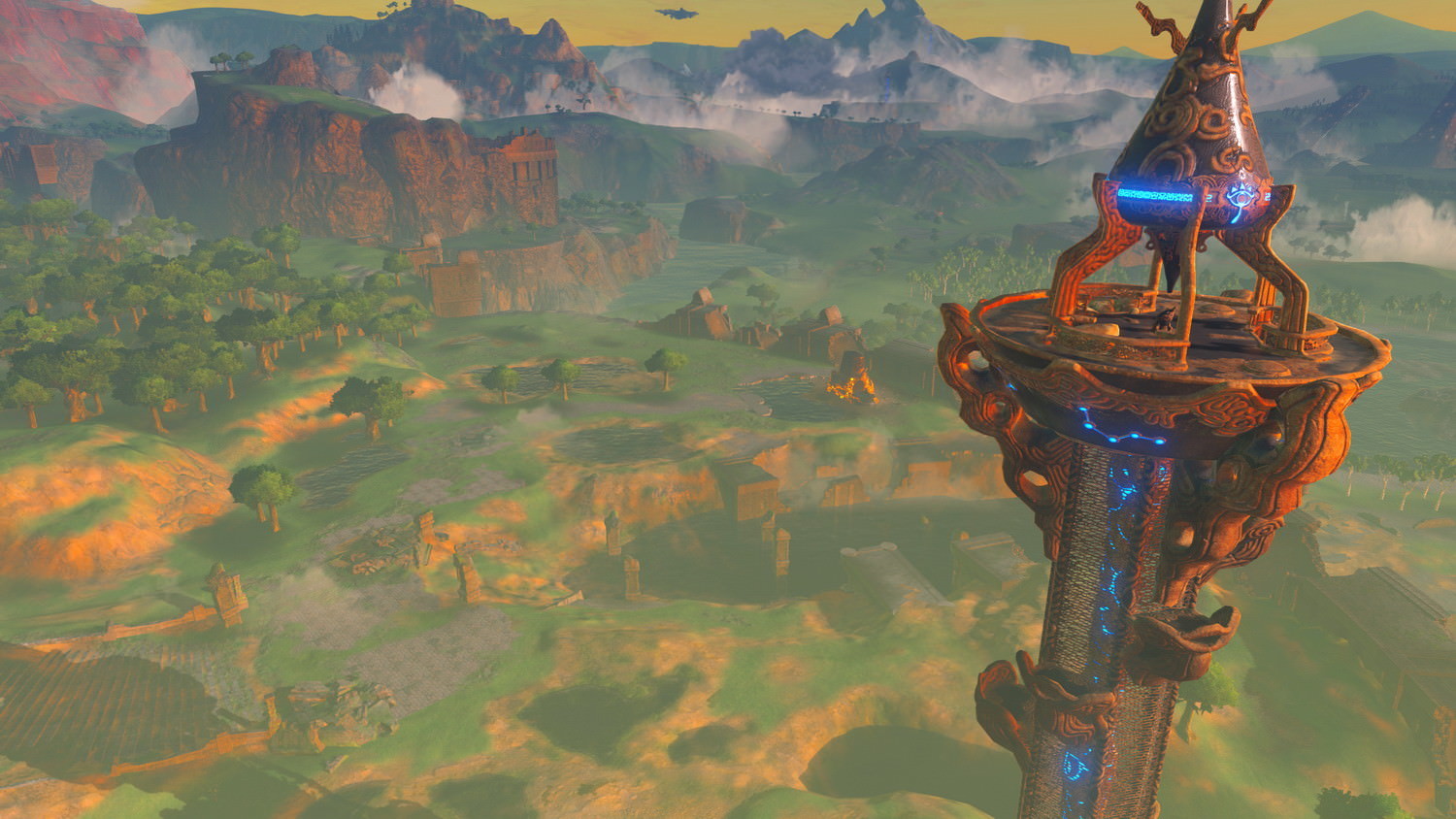 "The stretches of nothingness make your discoveries interesting..."

This seems like a relatively small thing to focus on as there are a lot of other great things in Breath of the Wild, but this system runs through the core of the game and shapes the experiences within it. Take the previously mentioned weapon durability; in other games, running low on weapons is a pain as searching out new equipment and/or better items could be a tedious affair. But due to excellence of Breath of the Wild’s open world, this becomes a part of the game and one which is seen as an adventure and not a task.

You can debate that this amount of space is a bit too barren in places. It would be a fair comment to make, a few players have pointed out the same thing. But it is thanks to this large amount of space that your experiences become that much more special. Right from the start of the game, the stretches of nothingness make your discoveries interesting because the game gives you very little in the sense of what is around you. You, the player, have to fill out your map and “fill” this space and this requires exploration, critical thinking and a fight vs flight mentality which is rare to see in games these days.

The towers are perhaps the best and simplest example I can give to highlight this design methodology. In other open world titles, the trope of ascending a tower of some description to then be rewarded with a spinning camera and a map unlock filled with way-points and icons is par for the course. While this feature is here, the map unlock is just that, it shows the area and that’s it. No extra features or side quests, just geometry. It is from here you are encouraged to use the vantage point to plan out your next destination, to mark areas of interest on your map yourself which continues this feeling of wonder and adventure. 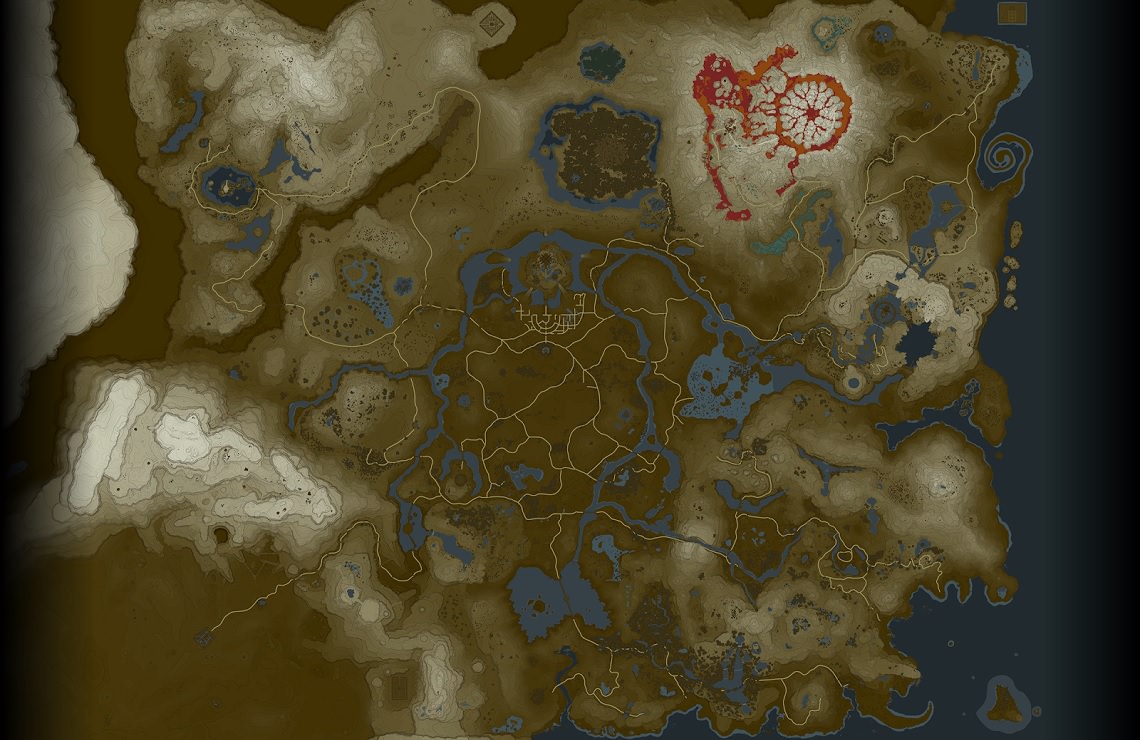 "The map unlock is just that, it shows the area and that’s it. No extra features or side quests, just geometry..."

This even works with progression; as you advance through the game and unlock more shrines, which double as fast travel locations, you will travel on foot less and less. This is natural as, after all, there are 120 shrines in the game and you will obviously end up using them to get around quickly. But this is a nice piece of game balance as after exploring so much as to unlock these shrines, you would have explored enough of the world to warrant the use of fast travel. Even then the world respawn triggering, or the Blood Moon rising as we know it, is enough of a reason not to fast travel often as you are rewarded for returning to past areas after you have progressed through the game. How? Not a lot of players seem to realise that as you complete more quests, story mainly, the items you find increase in quality and gain bonuses such as Attack Up, Throw Length Up and the coveted Durability Up +, so returning to areas or stumbling upon new places that have good equipment could pay off massively.

As well as this, and perhaps the most subtle assistance to Breath of the Wilds spacing, is the music. In games when the player reaches a wide expanse, a score of some sort plays to indicate the scale of the area or to theme the location. Take when you first enter Hyrule field in Ocarina of Time for example, that music has become iconic because of the way it is presented to us and how we are forced to absorb it time and time again as we traverse the field. Since Breath of the wild is so open, there is isn’t much need for such musical pieces; the ambience and various sound effects more than make up for it and it works like a charm. Your own footsteps and grunts in combination with a soft piano score create an atmosphere of exploration akin to how Minecraft does it, except it is applied much better here.

One final point that needs to be talked about briefly; the final boss, Ganon. The world helps to build up this fight by making his presence known at (almost) all times by being visible from anywhere you travel to. The Divine beasts reinforce this as well, there targeting beams always on the castle reminding your objective to take on Ganon, his hold over Zelda and your progression towards completing this. I’m not going to say that the final boss fight was hard because honestly, it wasn’t. But that was the point; when you take on Ganon, Link is a culmination of all of your experiences in the game up until that point. The more you have put into the world, the more it has given you thus making the final engagement easier or harder depending on how prepared you are. Personally, I ran through Ganon with my maxed out armour, all skills unlocked and top quality weapons but it felt like I earned this easy fight because of just how much I had achieved in the world before this battle.

An open world game is only as good as the world it is set in. Many games have created setting which have been used as basically just a form of padding as they force the player to trudge from set piece to set piece. This is noticeable and switches a lot of gamers off of these games. However, the titles which take this further and go beyond to enrich these worlds are the ones that stand out and remain in the public eye for years to come. Breath of the Wild definitely fits this category, but for a different reason. The obvious comparison that has been drawn is this game next to Horizon: Zero Dawn; a title which also has a well-crafted open world. But while Horizon is a fantastic game and uses it space well, Breath of the Wild does the same with masterful execution and raises the bar even higher and honestly, what more could you want from a game?