The Pokémon Sun and Moon meta has advanced leaps and bounds in such a short time. This was in part due to the release of Pokémon Bank giving player’s access to all Pokémon currently available rather than just what could be caught in Alola. But there is a Pokémon that has, since Sun and Moon’s release, stood the test of time and encompasses these games newest mechanic in an amusing way; that Pokémon is Porygon-Z.

This Virtual Pokémon was introduced in generation 4 as an evolution for the often forgotten Porygon2. Despite the intriguing design, Porygon-Z failed to stand out in any massive way in the Pokémon meta game, even in the highest of competitive or unusual formats from Smogon, until the most recent titles. This was thanks to the new Z-moves; part of me wants to believe this was deliberate, Porygon-Z is good with Z-moves? That’s so flavourful it HAS to be! 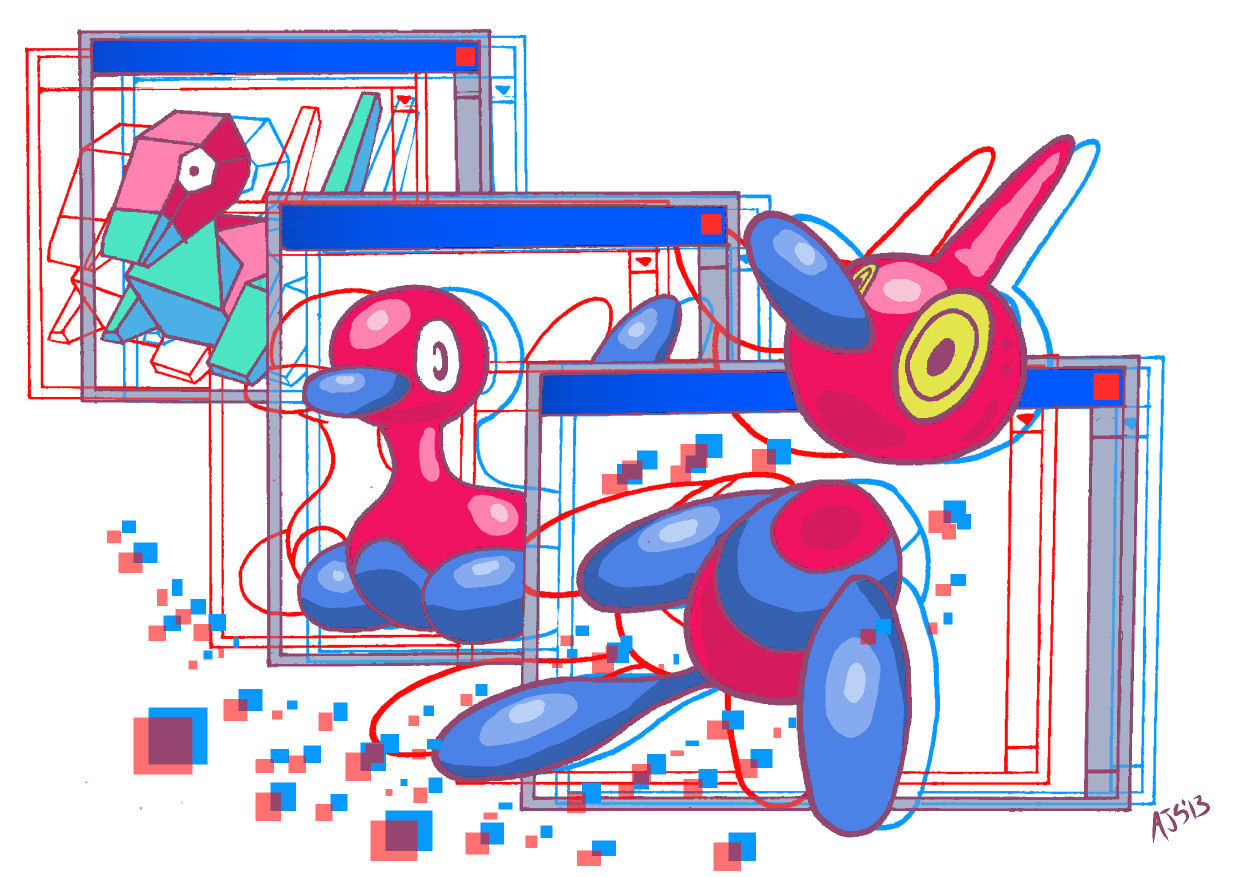 "Porygon-Z is a great Pokémon and it’s great to see it finally getting its time to shine..."

Porygon-Z’s biggest attribute is its nice and high special attack, sitting at 135, matched with an okay 90 speed. The Pokémon isn’t overly bulky, but it can take some hits and live a surprising number of moves that you wouldn’t expect it to. These plus sides combined with one of the best abilities in the game, Adaptability which makes this Pokemon’s same-type attack bonus value X 2 instead of X 1.5 (which is crazy good), made Porygon-Z good, the Z-moves made it awesome.

By making your Porygon-Z hold the Normalium Z, you can use it together with the Pokémon’s special move, Conversion. The Z-Conversion increases ALL of Porygon-Z’s stats by 1 level and changes the Pokémon’s type from normal to the type that matches the first move on its current move set. How do we abuse this? Like so:

This set can turn Porygon-Z into an offensive monster that is either a Ghost-type or Electric-type. Both have their own pros and cons and you can choose either one depending on what suits your team. The Ghost Porygon-Z lets you deal a lot of damage since most teams don’t tend to have a lot of Ghost resistances and take out key threats such as Aegislash and Alolan Marowak. In comparison, the Electric Porygon-Z has better power in its coverage, since the combination of Thunderbolt and Ice Beam, known as BoltBeam, allows you to hit every Pokémon in the game for at least neutral damage, and allows you to knock out other key threats like the Tapu’s and bulky Water-types like Toxapex.

Keep in mind that you will have a +1 boost to all your stats after using Z-Conversion as well. This is why there is a max investment into special attack and speed EV’s, after the boost Porygon-Z should out speed everything that could threaten it and knock them out with ease. Because of this, Porygon-Z is best suited as your finisher Pokémon. Bring it out when you need something to hit hard and basically win you the game and it probably will! (If you are confused by any of the terms used here, check out our competitive Pokémon guide and it will get you up to speed) 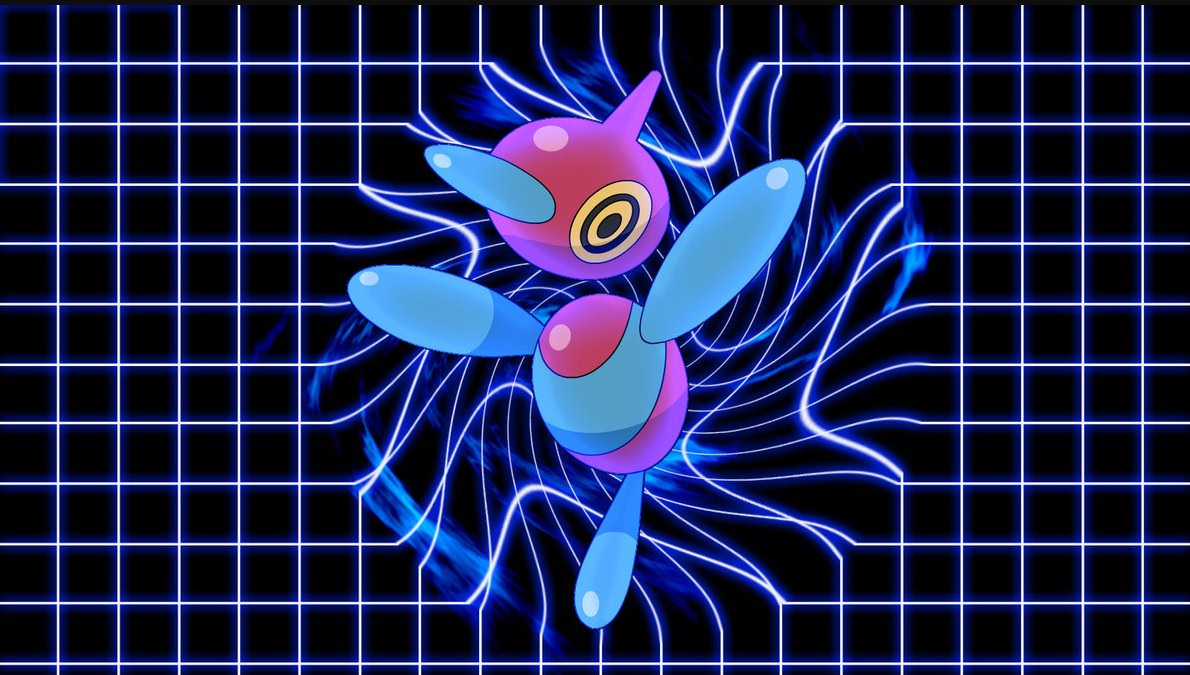 "...there is a Pokémon that has stood the test of time and encompasses these games newest mechanic is an amusing way; that Pokémon is Porygon-Z..."

But this is the most common form of Porygon-Z that you will see and, while it works, it is VERY predictable. This next set however, plays on this and is a bit spicier:

Notice that choice scarf? When players see Porygon-Z, their minds head to the Z-Conversion set and they start to play accordingly. At that time, you hit them with a choice scarf speed increased, adaptability boosted Hyper Beam (or Tr Attack if you know it will get the knock out) and nab a KO. The rest of the moves are for good coverage, Ice Beam hits a lot of key targets like bulky Grass or Dragon-types and Dark Pulse destroys common switch ins such as Alolan Marowak. Thunderbolt can be here instead if you really need that supreme coverage that BoltBeam allows. The EV’s are max invested again in special attack and speed for basically the same reasons as before.

This set in particular can be used in competitive doubles as well; the main goal here would be to use the surprise factor to get an early KO which changes the tempo of the match. Just bear in mind that your opponent will likely not fall for the same trick twice so be careful if you switch Porygon-Z out to use again later.

Porygon-Z is a great Pokémon and it’s great to see it finally getting its time to shine. Try these sets out for yourself, you will be shocked how good they can be. Not enough for you? If you want some more Pokémon to use in a competitive setting, we had a look at the starter Pokémon of Sun and Moon as well. Thanks again to Smogon for assisting with the creation of the first set.