Final Fantasy has many staples throughout the series that will be making a grand return in Final Fantasy XV, the most iconic of which has to be the summons that have gone through many different iterations over the years. Many of Final Fantasy XV‘s summons, known as Archaeans, will be well known to long-time fans but we thought it would be helpful for those who are new to the series to know who these guys are and how devastating their powers can truly be.

Let’s take a look at the summons that we know will be appearing in Final Fantasy XV and how you can use and summon them. 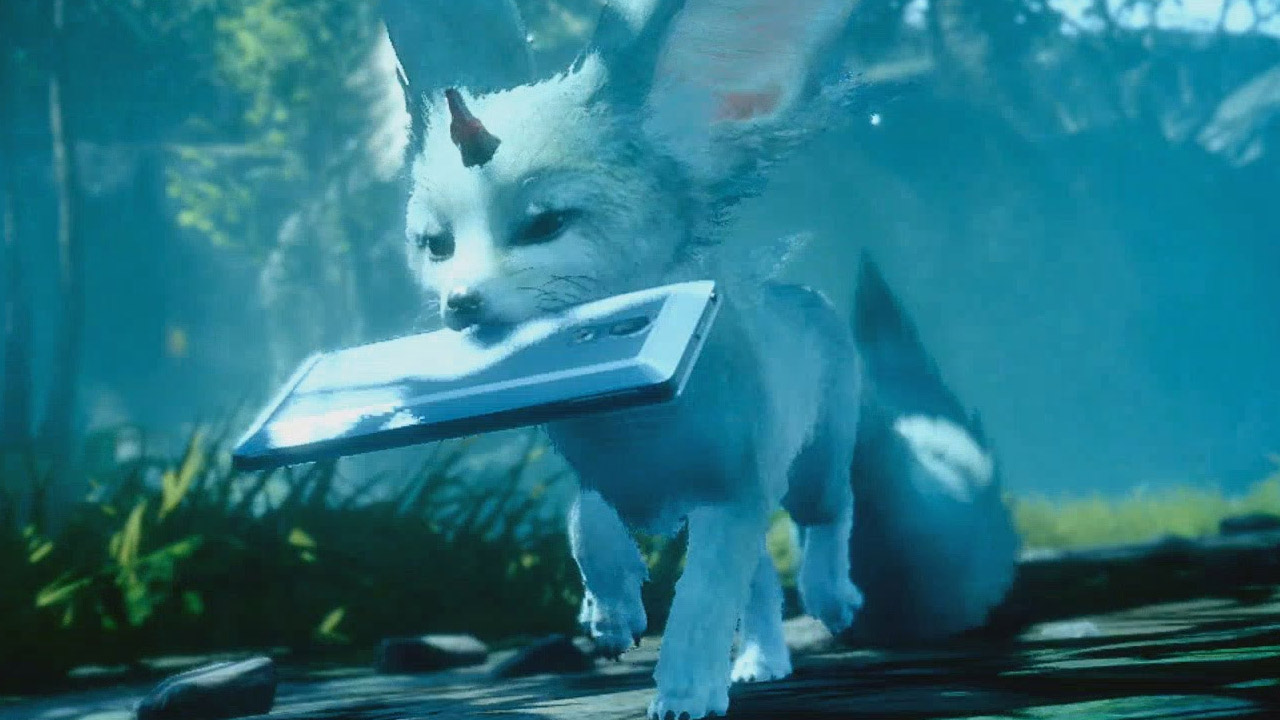 As an exclusive summon to those who play the Platinum Demo, Carbuncle is a cuddly cat-like summon who is tasked with guarding Noctis in his sleep as a young child. In the demo it introduces you to the mechanics of the game as well as gives you weapons and heals you up if you are badly hurt.

First appearing in Final Fantasy V, Carbuncle was originally depicted as a little green cat-like creature who, upon summoning, would cast Reflect on all allies. This would cause all magic attacks to be reflected back to opponents whilst also causing friendly spells to do the same. This in the earlier games could add up to some amazing uses of magic as Carbuncle mixed with a Firaga spell that hits all of your allies is then reflected back at your opponent, causing damage that can also bypass magic barriers they have on them. The little companion has also recently been a Summon in Final Fantasy XIV, where he comes in two forms that can deal damage and help you resist attacks.

If you are looking to have Carbuncle as a Summon in FFXV you’d be best to have saved data from the Platinum Demo. After you have completed the demo once, you can rename the ruby-encrusted companion. 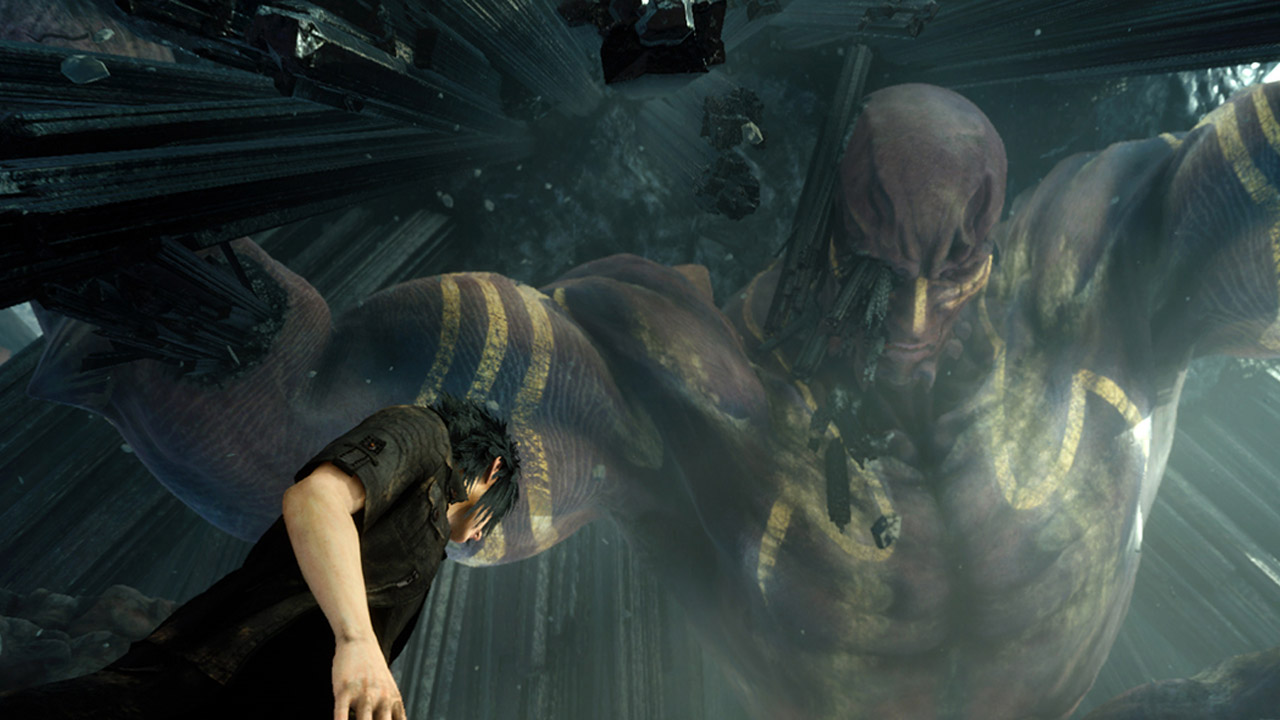 A huge hulk of a summon that controls the powers of the very Earth you walk on. Titan has the power to rip the ground from underneath you, sending out massive earthquakes or throwing huge rocks at your opponents. If that doesn’t work however, he is not afraid to get his hands dirty and just punch the enemy straight in the face.

This hulk of a Summon first came into the franchise back in Final Fantasy I as a generic enemy to the warriors of light. In later iterations he would become both a boss fight as well as an ally who can use his attack, known as Gaia’s Wrath, to deal Earth damage to multiple opponents. Later versions had the character keep this move as well as keep his Greek god appearance. This was recently switched up however in Final Fantasy XIV where you would have to do battle with Titan in a challenging group battle. Summoner classes are also able to summon this character as an ally to fight beside them in battle which gives a lot of defensive properties to the player as well as assisting in dealing Earth damage.

According to developers, Titan was originally going to star in Episode Duscae alongside Ramuh. But this decision was quickly changed as the character is apparently a very integral part of the game’s storyline. He still features as a useable summon though, using Gaia’s Wrath in a multitude of different ways. He can throw boulders, punch the enemies directly or simply arrive and give up if he feels as if you are more than capable for the task.

How to get and summon Titan

To be able to summon and use Titan, you’ll gain access to him as part of the main story which is slightly different to Carbuncle as we mentioned above. He is the first of the summons in Final Fantasy XV to join you in battle which you’ll see from a bog battle in Chapter 4.

Titan does have some caveats to summon him and most of all it is space. He will show up in areas which have a lot of open land, so you’ll be able to summon him in the overworld but not in places such as fields because he likes to stretch his legs. He’ll also most likely come to you aid when more of you party members are downed. So if you are in a space which he will appear in and your party is on its last legs, Titan will most likely be the summon to show up and help.

When he does he will use one of two moves, he can either punch the ground or send a huge boulder aimed at the enemies you are trying to finish off.

To summon him, just wait for the summon promot from Titan to appear and press L2 or Left Trigger depending on the console you are playing on. 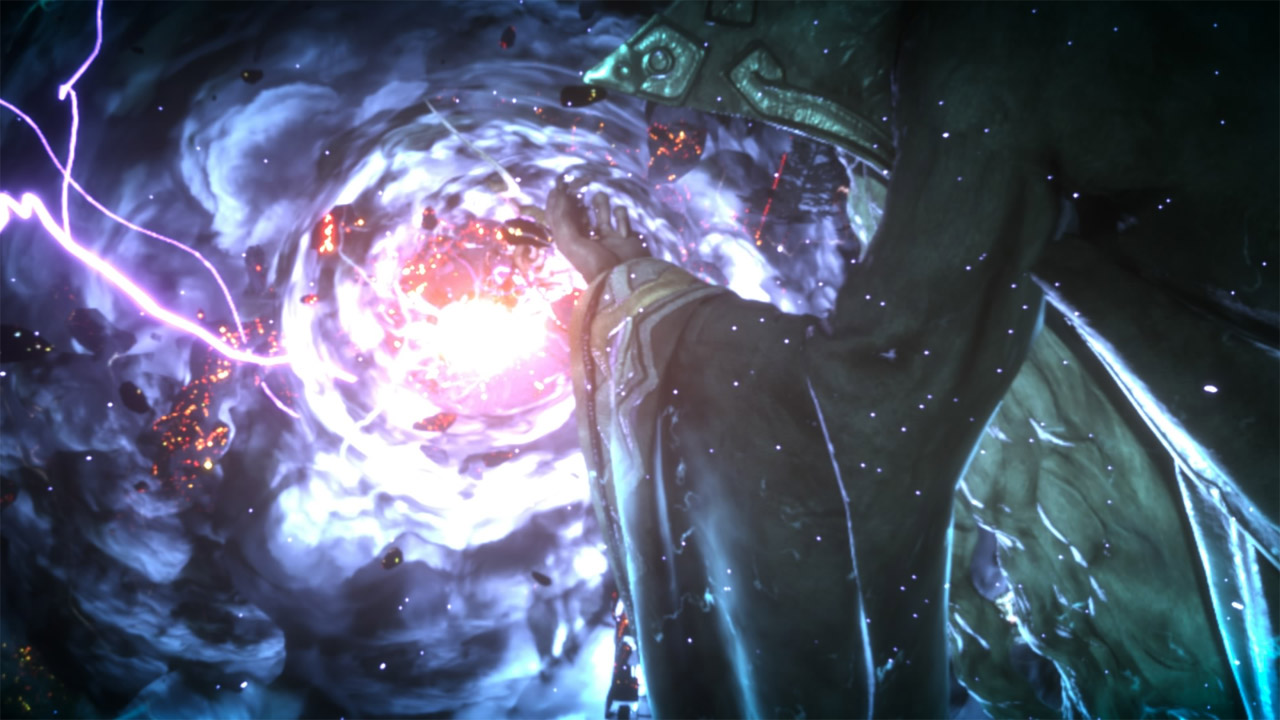 Arriving as an available summon in the Episode Duscae demo, Ramuh has the power of lightning and can conjure up a storm in order to damage any and all opponents that stand in front of him. His application this time around in FFXV however is different to his previous counterparts as, according to the demo, he can only be activated upon Noctis reaching zero HP.

The god of lightning original appeared in Final Fantasy III as a Summon for the Evoker and Summoner classes. Although he had three different applications in FFIII, later variants would have him stick to using his iconic Judgement Bolt attack. The character is always depicted as an elderly man in a long gown reminiscent of mages wearing robes. His storms are on the same level as the spell Thundaga with some debating that it is even more powerful, possibly more than Thundaja. His most recent form in Final Fantasy XIV saw him return as a challenging fight as you do not do battle with him directly, but you must complete a series of trials that are equally as tough.

Upon being summoned by the weakened Noctis in Episode Duscae, Ramuh will help up the young warrior and throw his staff onto the ground. This will cause a massive explosion which will leave the ground charred in black and have Ramuh linger around for a short while. It is unclear at the moment whether Ramuh will have a similar use or story presence to Titan in the full game, but we cannot wait to see the full power of Judgement Bolt in this new edition to the franchise.

How to get and summon Ramuh

Much like Titan, Ramuh will be available to use very soon after you battle with Titan at the end of chapter 4 with chapter 5 being a list of things you need to do to be able to use and summon Ramuh in battle. Unlike Titan you won’t actually need to fight him in order to win him over and bring him onto your team.

Ramuh has less conditions to summon him and can come to your aid indoors or outside which makes him a very handy summon to use pretty much anywhere, with Ramuh he is most likely to come to your side if you have been in a battle which is turning into one of endruacne and has lasted a long time.

Again once his prompt appears you’ll just need to press your consoles respective L2 or Left Trigger to summon him. 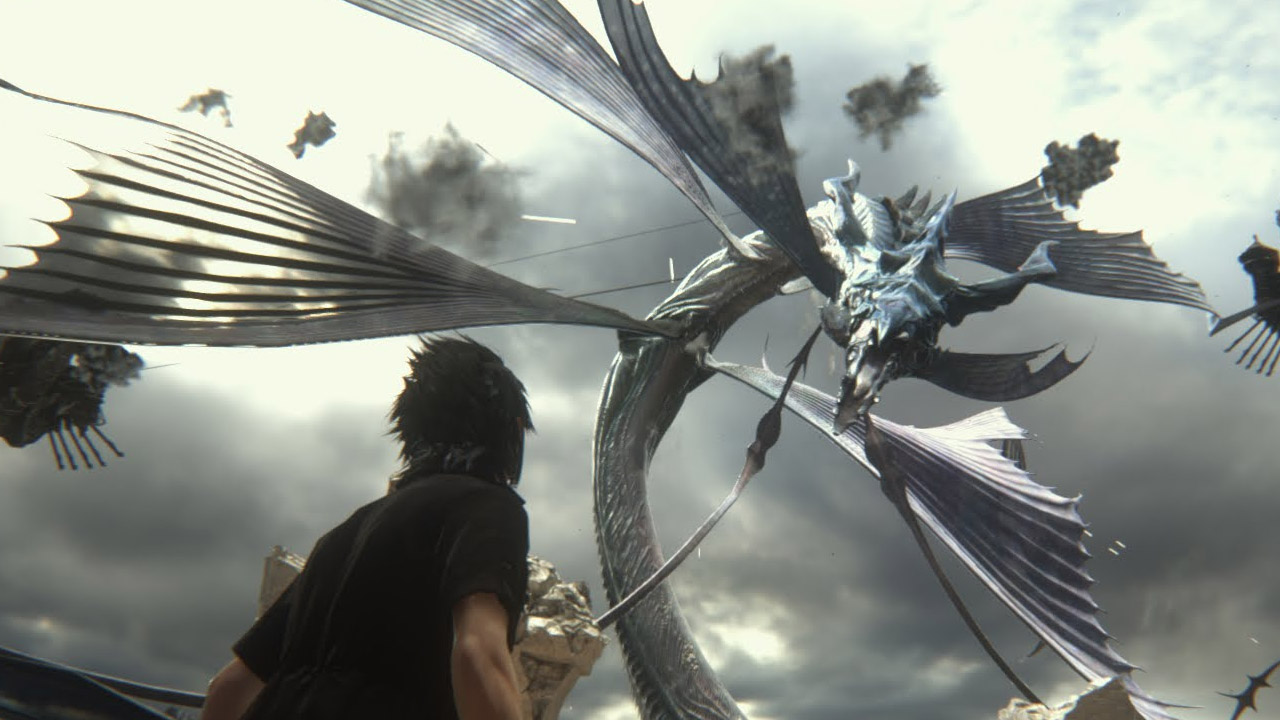 A devastatingly powerful Summon that is capable of conjuring huge tsunamis, Leviathan is a notorious Archaean that is returning to Final Fantasy XV. In the games trailers and in the Platinum Demo he can be seen as a hulking sea snake who rightfully keeps his title as Sea King. You may remember seeing her appearance during the E3 2013 trailer of the game where Noctis was fighting against the forces of Niflheim. This creature had an ominous presence throughout and even tried attacking the main character using water based attacks.

Leviathan was first introduced into the series back in Final Fantasy II as the gigantic creature who swallows up the entire party. He would not be able to be summoned however until FFIII with Ramuh and many others. Throughout the series he has kept the design of being a very long and elegant creature with fins that double up to look like wings when she is out of the water. The most well-known version of the Summon was back in Final Fantasy IV where the ‘Lord of all Waters’ takes away Rydia from the party and leaves Cecil and the others to fend for themselves. Her most recent form however had her as a raid boss inFinal Fantasy XIV’s expansion update which required players to fight the beast in the sea whilst on a ship.

In her newest form in Final Fantasy XV, Leviathan is a shape shifter who can change from an elegant female form into the mighty sea snake. She moves around quickly in a liquid form and was one of the first Summons designed for the game. She also plays a very vital role in the story and can be an unlockable skin for the party’s car, Regalia.

How to summon and get Leviathan

Leviathan will become available to the player at the end chapter 9, he is probably one of the summons in Final Fantasy XV less likely to show up because of his affinity to water, being the Water God.

His condition to show up in battle usually relies on the part being close to a large area of water so is largely dependant on where you are in battle. This makes him highly unlikely to show up indoors or in outside areas such as desert or rocky plains because of the lack of H20. You’ll also need to have Noctis to be in the low health mode which is when your health is so low that the screen turns a tinted red. The longer you are in that status, the most likely Leviathan will appear as long as you are also near water as well.

His summon is probably to most dangerous as you need to be near death to summon him in the first place but if you do, Leviathan will surely turn the tide of your battle.

If you are looking for more Final Fantasy advice check out our top tips to guide you through FFXV and How to Beat Aramusha and Get Easy EXP.