Do you enjoy managing theme parks? Have you got a love for dinosaurs? If the answer is yes to both, prepare yourself for upcoming Jurassic World Evolution. Before then, take a pew as we delve into 10 things to look forward to in the game from the game studio, Frontier Developments.

What Jurassic game would be right without the stars of the show, the Dinosaurs? With over 10 years of animal animation experience under their belt, Frontier have grasped this prehistoric world firmly with both hands. The quality of detail and animation of each Dino shown so far is staggering. From the wrinkles in their skin, weight displacement with each footstep, to the monstrous roar of the terrifying Tyrannosaurus Rex. The industry has come a long way since Jurassic World Evolution’s spiritual predecessor, Jurassic Park: Operation Genesis, back in 2003 .

Some of the ancient beasts revealed so far include carnivores such as Velociraptor, Ceratosaurus, and the iconic T-Rex; herbivores such as Triceratops, Brachiosaurus, and Stegosaurus; as well as a plethora of other weird and wonderful beasts. In the latest gameplay reveal, there are entries mentioning the Pterosaur, a flying dino. If this has any weight to it, then it is possible for avian sanctuaries to be in the game too. And if that is the case, could there be aquatic habits included as well? Only time will tell.

As with the majority of park management video games, advancing from the starting location to bigger, better, or sometimes more interesting pastures is on the horizon. In this case, it’s more challenging, more dangerous, and more logistically testing. The setting for Evolution, as mentioned by Lead Designer Andy Fletcher, is The Muertes Archipelago. Located southwest of Costa Rica, the chain of islands are named from Native American Myth whereby a warrior faces different forms of execution on each island. These are burning, drowning, crushing, hanging, and beheading. Be sure to expect a loosely themed experience as you expand your Jurassic business onto each of the landmasses.

There is also a 6th island that was teased in the gameplay reveal. Without giving too much away and spoiling the surprise, this island is not accessible until later on in the game. If you are hot on your Jurassic Park lore, you can expect this to be full of wonder and excitement once you unlock it. As for the previous 5, it is reasonable to say there will be all manner of logistics to consider. From geographical constraints, extreme weather, to other natural disasters. It will challenge even the most efficient park managers.

It wouldn’t right to not talk about how you actually run the park. Unfortunately, it can’t run itself. With this title, it will introduce 3 areas of focus: Entertainment, Security, and Science. Entertainment allows you to pursue better attractions and facilities for your guests. This ranges from food outlets, exhibits, and merchandise. These factors allow you to rake in the money so you can invest in better facilities and research.

For security, this will be important in keeping your guests safe. Whether it be from rampaging T-Rex to destructive tropical weather, there are buildings and measures for you to implore in the park. Can’t make money if all your guests are eaten or whisked away by a hurricane now can you? Another factor in security is the fences that hold the dinosaurs and the generators that power them. Making sure the main attraction doesn’t get out is something to keep in mind at all times.

As for science, that is simple: fossils and DNA. You can’t have a Jurassic themed park without something Jurassic in it. By sending teams to dig sites across the world, you can extract DNA from fossils. Constant development into more pure strains of Dino genetics is what allows your park to attract attention. Not only that, but completing research makes sure you can address any diseases that pop up over time.

Aside from the 3 focus areas, it’s nice to note that you can manage your entire park from a Schematic View. Having access to an island map detailing power, your buildings, enclosures, and more, is useful information to have. On top of that, there is a screen detailing park successfulness and financial outlooks. This is crucial for any brave park owners.

With all this information and data on the park and dinosaurs, you would hope there would be a place to store all of it. And there is. The Ingen Database contains known information on Dinosaurs, dig sites, paleontology, genes, locations, and an archive on lore. You will unlock new entries as you progress. This is perfect for those who love background reading and flavour. And from the gameplay reveal, this game has got oodles of flavour. It’s like a extra large Jurassic club sandwich. With a meaty, realistic Dino experience, topped by a lavish, juicy knowledge base, and an explosion of mouth watering park management; the game is encompassed by a solid base of game design. It should proudly wear the wrapper of Frontier Developments.

Much like the books and films, the DNA that you extract will not be complete. This leads to the splicing of other DNA from the current animal kingdom. The first batch of Dinos you will raise will have the missing genes filled from that of Frogs. As you progress, other animals such as Crocodiles, Lions, and Octopus can be used to augment the genetics of your parks inhabitants. This alters their traits, from longevity, ferociousness, and constitution. However, this comes at a price. You are less likely to hatch them for your park because of the unstable genome. But, if successful, you could unleash a T-Rex who gnaws the park to bits if it doesn’t like the way the sun sets. Exciting.

Another item on the alteration is the cosmetic look of the Dinos. You can unlock different skin patterns from woodland to arid. Although it won’t have any impact on gameplay, as far as we know, it will make sure you can put your mark on your park. You can combine all these splicing opportunities to create something unique and beautiful, in a car stomping way.

Number 6: The ACU and Manual Control

For those familiar with Jurassic Park: Operation Genesis, you will know that sometimes you want to take things into your own hands. More specifically, taking control of the rangers operations and piloting the helicopter. This feature is cemented into Evolution. As shown in the gameplay reveal, you can take control of the ACU helicopter and fly around the park, tranquilise Dinos to be transported, and if need be, save humans in danger by using more lethal methods to deal with said Dinos. Lead Designer Andy Fletcher, also mentioned that seamless usage of the gamepad will be available.

The last item on the list, and a personal favourite, Jeff Goldblum will be reprising his role as Dr. Ian Malcom. For those who haven’t watched the original Jurassic Park movie, I urge you to do so, Malcom was invited to the park to act as a consultant. Making sure any possible shortfalls and dangers are addressed quickly is something a park with carnivorous attractions would like to have.

In the game, his advice and commentary will guide the player in their journey through the “5 Deaths” islands and park management, regardless of how he disagrees with bringing the dinosaurs back. By reprising his role, Jeff Goldblum is sure to add nostalgia and polish to the experience. It will be something to look forward to when the character is given an opportunity to scold the player for letting the Velociraptors loose. He has already given the game “10 Goldblums out of a possible 10 Goldblums”. That’s definitely worth some weight.

And there we have it. A sneaky peak at what is on the horizon for the upcoming Frontier Developments title, Jurassic World Evolution. Be sure to check it out when it comes out of extinction on June 12th 2018. Until next time, smile and game. 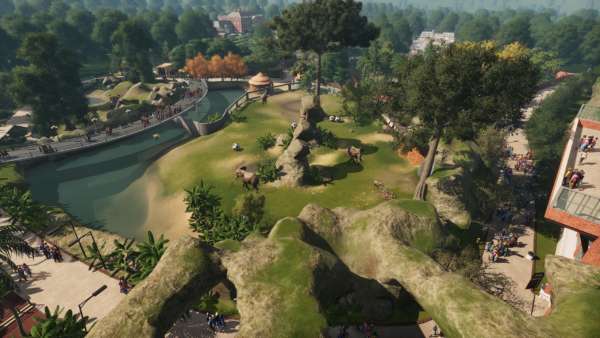 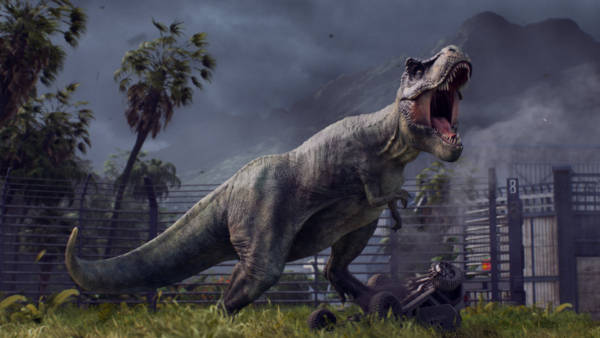 Jurassic World Evolution: 5 Dinosaurs We Are Looking Forward To 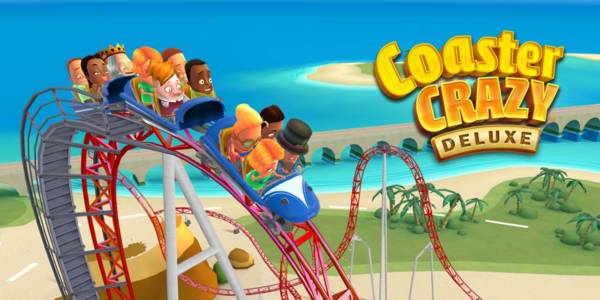 Coaster Crazy Deluxe – Screaming onto Wii U
Powered by Magic