With the new expansion to Guild Wars 2: Heart of Thorns, fast approaching us, the guys over at ArenaNet gave us the chance to have a look at the new class during their most recent beta weekend. The Revenant class will give players a brand new way to play through the game as it embraces a new combat style combining that of a stereotypical assassin and mage. How devastating and gratifying does it feel to become this new terror of death? It is time to unsheathe our swords and find out.

In the beta we were able to create a level eighty character and able to explore the new area of the game, the Dry Top. This area is home to a bunch of new enemies and threats which are perfect for us to try out our new devastating abilities on. For the sake of this I went in as my favourite race, the Char. We were also equipped with some very nice level eighty gear with two switchable weapons being a hammer and a pair of swords. This gave us a chance to have a look at two different weapon combos and see what use they have on both a solo and team level.

Let’s cut to the chase the Revenant’s main focus is around their stances. These stances completely change the ability set up that you have on your character from abilities 6 through to 0 on your keyboard. First off you have the legendary assassin stance which allows you to channel the power of the legendary Shiro Tagachi. This gives you abilities centred around attack speed and damage per second, as well as some mild crowd control capabilities.

This is the ideal stance for players that love to jump in and slash away at your opponents. It is also worth noting that this stance comes along with some life stealing capabilities which is another incentive to go into fights like a crazy man. The alternative stance is known as the legendary dwarf stance which channels the power of Jalis Ironhammer. This changes your ability set to a more crowd control orientated play style. Making it so that you can debuff enemies and keep them in check whilst also having some healing properties for your allies. 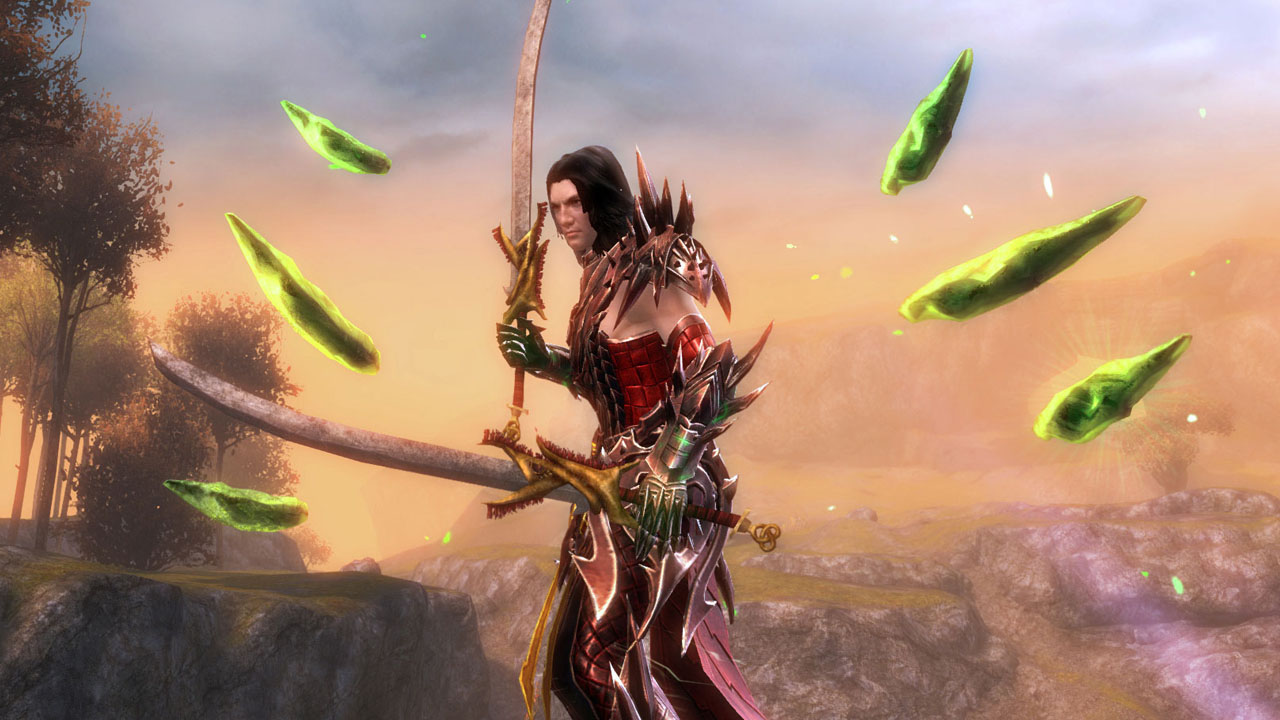 Here is a full overview of all the abilities on the legendary assassin stance:

6: Enchanted Daggers – Summon enchanted daggers that will attack as you attack, siphoning life from targets hit.

8: Phase Traversal – Step through the mists to your target. Your next few attacks can’t be blocked.

9: Impossible Odds – Empower yourself with Shiro’s speed and quickness to quickly take out enemies.

0: Jade Winds – Call upon the jade wind to turn nearby enemies into jade, stunning them for a short duration.

You have a lot of DPS potential when taking this stance in battle. You will quickly be taking down solo opponents whilst also systematically being able to take on multiple enemies. Enchanted Daggers are extremely handy for restoring life in mid combat as you receive damage from foes and also synergies well with Jade Winds so that you are able to life steal without immediately loosing it. Riposting Shadows is also a magnificent way or removing debuffs, whilst also creating some space between you and your opponents.

After using this ability, try using Phase Traversal immediately after to jump back into the fight. If you feel like the fight is tougher than you originally thought, activate Impossible Odds before heading back in so that your DPS goes through the roof. This stance literally feels incredible as you are cutting foes down to nothing. However, in the beta they seemed to work best with the dual sword weapons we were given. Here is an overview of the skills you have with the dual swords: 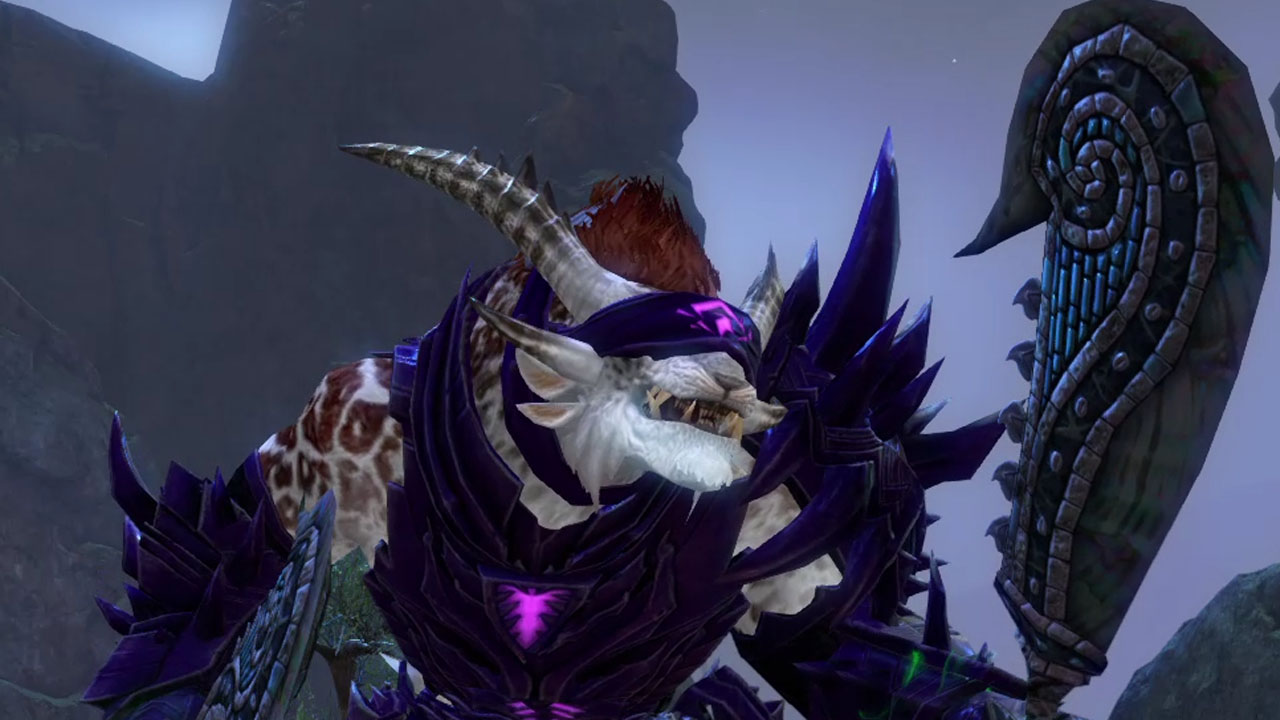 1: Preparation Thrust – Stab your foe with your sword, inflicting vulnerability.

Brutal Blade – Send your blade outward, inflicting vulnerability. When it reaches its end point, the blade will return to you.

Rift Slash – Slash foes, creating a rift on them that explodes for additional damage after a short delay.

2: Precision Strike – Strike nearby foes with precision, sending out blades that damage and chill them.

3: Unrelenting Assault – Shadowstep and unleash fierce attacks on nearby foes. Gain might each time you damage a foe.

Shackling Wave – Slice through the air, sending a wave of energy from the Mists towards your foe.

5: Grasping Shadow – Stab your foe, connecting them to you. Shadowstep backwards and pull them towards you.

It is crucial to note that in order to use your abilities from 2 – 0, you must have enough resource in order to use them. You can tell how much resource you have via the bar above the hotkeys on the left side. You can fill up this bar with your standard combo attacks from your 1 ability. So in combat you will be relying on your standard combo to keep building your gauge. Then you can unleash pain with Unrelenting Assault in order to deal a great amount of damage to enemies whilst strengthening yourself for your next attack. Precision Strike can assist greater if you are going down more of a condition damage build whilst Grasping Shadow is a powerful skill that can single out a target that may be a nuisance to either you or an ally. To see a defensive ability such as Duelist’s Preparation on dual swords is incredible for this class. Using this at the right moment wont just save yourself but could also surprise enemies with some great damage as a result of Shackling Wave. 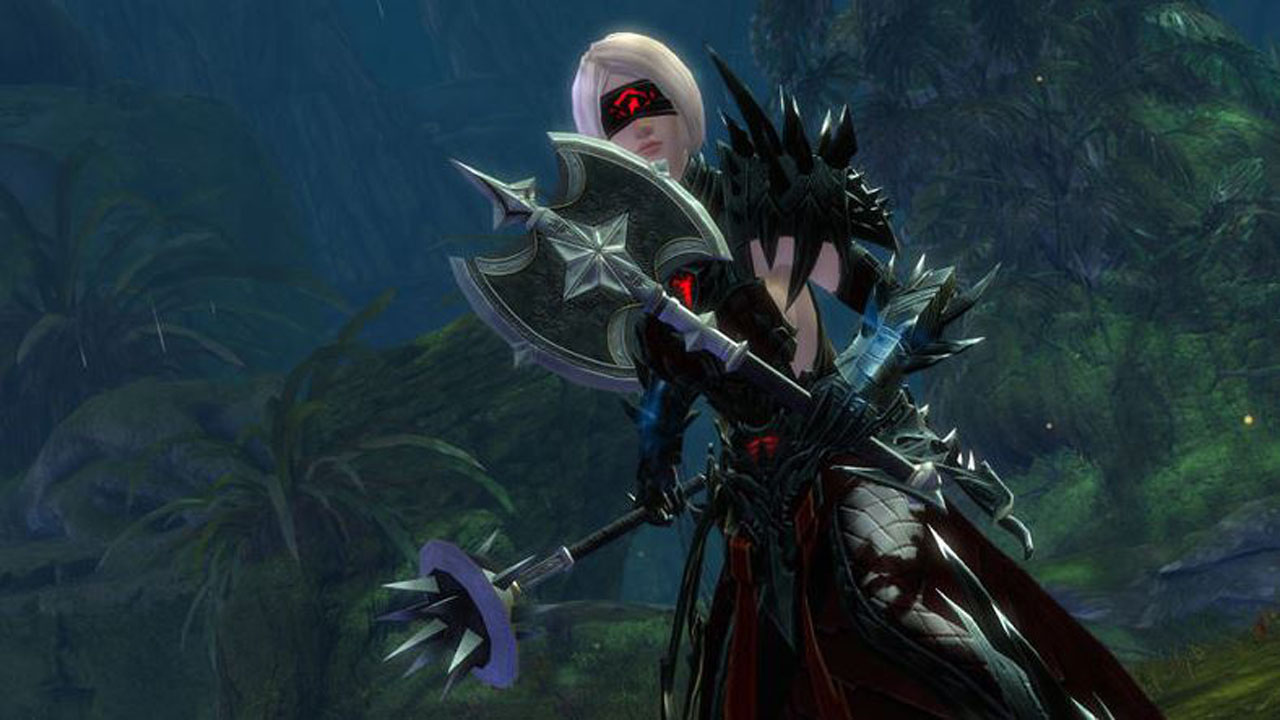 6: Soothing Stone – Heal yourself and remove conditions. Gain retaliation for each condition removed.

7: Inspiring Reinforcement – Create a stone road that damages and weakens foes as it’s created. Once it’s created it will pulse, granting stability to allies.

8: Forced Engagement – Launch a chain at your target. When the chain connects with a foe, it slows and taunts them.

9: Vengeful Hammers – Invoke hammers to circle around you, damaging foes.

You can already see that the abilities here are a complete contrast to the legendary assassin stance. These concentrate more on healing yourself as well as debilitating your opponents and even taunting them to concentrate on you, turning you into a pseudo tank. If you are taking on a lot of debuffs from fighting enemies, turn it against them by using Soothing stone at the right moment as the health regain will be coupled alongside a powerful buff to yourself. Inspiring reinforcement is a very cool ability to see used as you watch the path being built on top of your opponents. Remember that once it is constructed, you and your allies can get a nice buff from it to assist in the battle. Forced Engagement is great to get the aggro off of one of your teammates who may be struggling and to turn the concentration to you instead, potentially saving them. Vengeful Hammers is great to use if you’re in the middle of battle and surrounded by opponents as you can fully maximise the amount of damage your dishing out to all of them. Do not forget to bring out Rite of the Great Dwarf either in a tough battle or a losing one, as this could turn the tide for your entire team and assist lower health characters regain their health back via life steal or healing.

Whilst playing around with the legendary dwarf stance, I found the hammer weapon abilities suited it the best. Keep in mind however that these skills turn the hammer into a ranged weapons and not a close quarters one. So you will be using these abilities at a distance whilst other units are going in for their damage. Let me show you what the hammer gives you to couple with the dwarf stance. 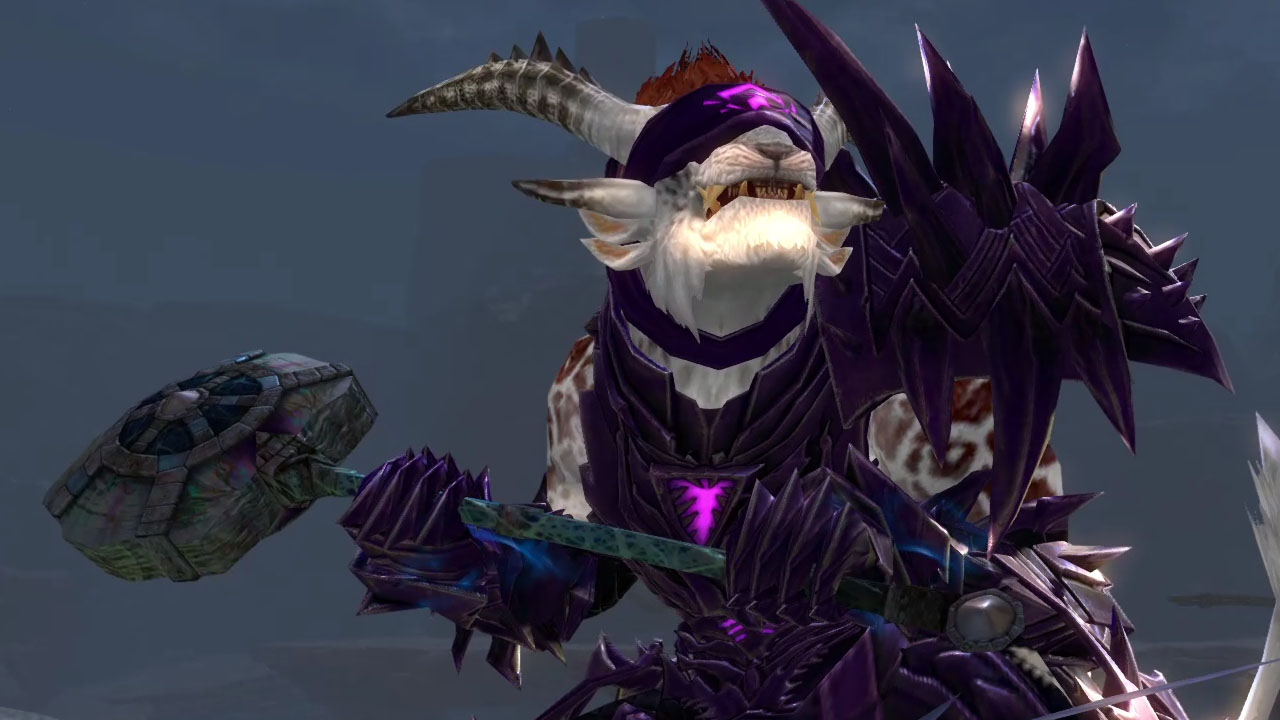 1: Hammer Bolt – Hurl your weapon at enemies, striking foes in its path.

2: Coalescence of Ruin – Slam the ground with you hammer, creating a cascading eruption of energy.

3: Phase Smash – Leap through the mists to the target area. When you land, damage and chill foes in an area, then teleport back to your previous location.

4: Field of the Mists – Create a field from the mists that blocks incoming projectiles in front of you.

5: Drop The Hammer – Summon a massive hammer from the mists to strike the ground.

The abilities with the hammer take a good little while to get used to, but are great at keeping individual or groups of enemies in check. Do not think that coupled with the legendary dwarf stance you are a fully fledged tank. You do have some aggro drawing potential but it is best to leave the serious tanking to someone else whilst in a party as you can still be overwhelmed pretty easily. With Hammerbolt you can charge up your gauge through dealing basic damage, Coalescence of Ruin is a great ranged attack that will pound through enemies in front of you. Phase Smash coupled with Drop the Hammer are great area targeting abilities that can be useful on enemies targeting allies or at the beginning of a fight. In comparison to Duelist’s Preparation with the dual swords, Field of Mists is a more scenario based ability that you won’t be using all the time. Although it only blocks against projectiles, when you are in that situation against the right foe, you can be thankful that you will take no damage for a time whilst you literally drop the hammer on your opponent.

Overall it was an amazing experience trying out the new Revenant class in the Heart of Thorns beta weekend. The class truly does bring a new life to play styles in the world of Guild Wars 2: Heart of Thorns, which is great for both new and old players alike. The stance switching capabilities also add an interesting dynamic as you can decide to dedicated yourself to just one or switch out on the fly mid battle to suit what the team needs. If you are looking for something new I would definitely recommend giving this class a good look when the expansion rolls in. It combines the life stealing and DPS capabilities of assassins with the crowd control and area of effect damage potential of mages to create something truly unique.

So what are your thoughts on the new Revenant class coming to Heart of the Thorns for Guild Wars 2? Looking forward to playing as something new on your server? Let us know what you think as well as your experiences with the beta weekends so far in the comments and check out these abilities in action in our video preview.