With the upcoming arrival of Street Fighter V and Capcom’s new Pro Tour to create competition for their new fighter, there is going to be a large influx of new players into the game. These may be people who fell off the Street Fighter wagon years ago, players from other games like Guilty Gear or Smash but I imagine the majority will be brand new people. There will be a batch of fresh faced, eager world warriors who want to throw a fireball like the rest of them and one day, be the next Daigo Umehara.

It’s also clear that Capcom is targeting this market, as many of SFV’s systems have been made easier in order to attract a new crowd, by getting rid of one frame links, giving greater input leniency for certain specials and simplifying the barrier to entry to some degree. Personally, I’m in two minds about simplifying certain tougher aspects of fighting games in as much as there should be room to find super high execution combos for pro players to lab out and master, while giving low to medium level players options that do less damage but are easier to execute. It doesn’t seem that the exclusion of one frame links is going to drastically lower SFV’s skill ceiling but I can understand how removing high execution elements may put off pros for switching to a game that seems simpler.

The problem I have is that still, most modern fighting games do not have good tutorials. Most tutorial suites involve teaching you how to punch and kick (if it isn’t completely obvious), how to block a standing move and then maybe how to throw a fireball. With that incredibly base knowledge, you are then dropped into the badlands of online competitive play, where that little bit of information may stop you from getting perfected but that’s about it. You may get character trials too, which give you drills that teach you (usually obsolete and not at all optimal) combos. Great, you then know what to do off a jumping medium kick but if you cannot land the hit in the first place or deal with someone doing the same thing to you, you’re still as clueless as you were straight after the tutorial.

With fighting games, the way you learn is through losing unfortunately. Getting beat up, lamed out and destroyed by other players is how to properly learn, as you gradually learn what to do in certain situations or realise flaws in your game by having them continually beaten into you. More often than not though, players will not know what their flaws are or even understand what to do in a situation because they have not been given the knowledge to process it and improve. This is where in-game tutorials are vital, as giving the player the adequate information to work through their losses and actively learn from them is what would keep more players interested in a fighting game in the long run, rather than getting bodied and then never playing the game again. The lifeblood of a fighting game is competitive play against real people, not CPUs so you need a working knowledge of what actual players will do, rather than relying on single player to teach you the ropes. 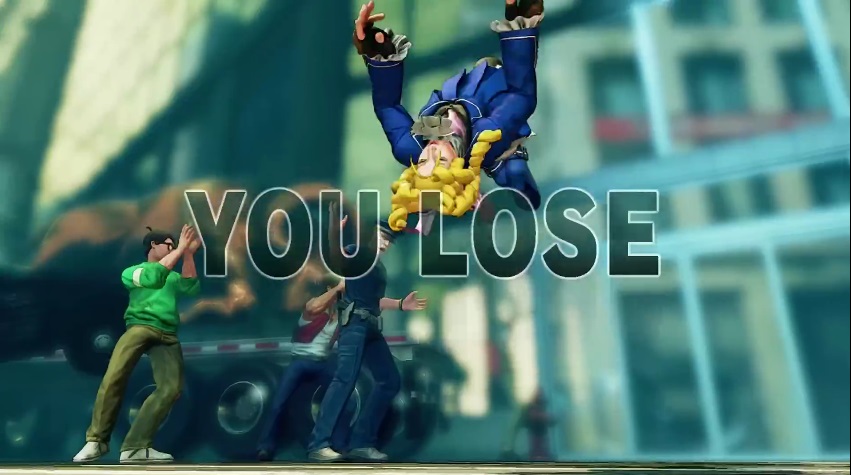 It’s demoralising but you need to get bodied to get good.

The learning process of getting beaten by a strategy you’ve never seen before or losing due to someone having better fundamentals, is what drives mid to high level players as it is the feeling of getting better and mastering the game which keeps you playing, rather than solely getting wins all the time. The reason those players stick with the game is that they have those tools to deal with their losses and improve, rather than being completely blinded by a sea of special moves and 10 hit combos and not having a way to actively break down why they lost.

This is why I think character trials are rubbish, as they have you doing a combo on a lifeless dummy and teaching you just raw execution. It’s great that you have the ability to do this super long combo but if you can’t hit your opponent, you’re still bad. Most of the trial combos become rapidly obsolete anyway so tutorials should be geared around players dealing with common situations like jump ins, block strings and fireball pressure, rather than just how to do a flashy combo into a Super. It should also deal with what happens when you get hit and how to either mitigate the damage you are taking or stopping the combo from happening all together. So, show a player being hit for a combo, then freeze frame around the part which was able to be blocked and then have players deal with this situation a number of times before moving on. Building an effective muscle and visual memory for certain set situations is key for traditional fighters, as being able to deal with less skilled players who are relying solely on basic stuff that is easy to counter will allow you to graduate onto players who know what they are doing and start to really learn how to play.

There is so much information on how to get better at fighting games on the Internet, thanks to the work of dedicated fans who want to see the scene grow but let’s be honest, low level players will probably not seek out these resources unless they are presented straight to them. Also, even though these online tutorials are often very well researched and put together, they are cloaked in a wall of jargon a lot of the time. Again, great for mid-level players who have this knowledge, but not so good for new players who have to work out how frame data works or what an option select, before they can even start to apply it to their game plan. Have a glossary of common fighting game terms or make these terms the headings of your in game tutorials so new players learn through doing. By having a skill tangibly linked to an action that a player is going to perform multiple times is way better for embedding that information in their head, rather than reading it in the abstract and having to puzzle out the exact application in a fight.

Being able to set up specific drills for training would go a long way.

Have this stretch to training modes as well, as being able to use training mode properly can even cut out the need for specific situational tutorials as players can construct their own drills. Teach a player how to create a training replay to practice on, give them the ability to set parameters on a training drill so that they get a little ‘Good Job!’ pop up or a bar fills whenever they successfully deal with a situation 10 times. I know that does sound patronising but believe me, as someone who is pretty bad at traditional fighters, having that little bit of positive reinforcement during training will push you to at least go online and test out what you’ve learned. These tutorials aren’t going to change the fact that you are going to have to lose a lot of times before you even get to a medium skill level but you will at least know why you lost and what to do differently next time.

Fighting games are great once you wrap your head around their systems but so many players are turned off because they don’t know what to do when they are losing. Simplifying a system to the most basic level may lower the barrier to entry, but it won’t fix players getting destroyed by tactics they know nothing about. Teaching players properly to start and giving them the tools to deal with losses and make improvements will not only keep more players playing fighting games, but it will ensure a community of people striving to get better, rather than one filled with scrubs moaning about cheap strategies.