There are two sure-fire ways to get me to come and have a look at your game during a conference: have an interesting premise or offer me sweets, and indie studio Dreadbit Games knocked it out of the park. “A skill-based, acrobatic shooter without aiming” took care of the premise side of things and a jar of Werther’s Originals sealed the deal on the sweet side so off I popped to check out Seraph. At the booth I was given a brief introduction from Daniel Leaver, founder of Dreadbit Games, a studio with just one full-time employee. However, Dreadbit works on the ethos of bringing in the right people at the right time, so whilst Daniel does the heavy lifting, in reality Dreadbit and their games are a collaborative effort from people around the world and their latest creation is Seraph.

Seraph is a 2D, side-scrolling action platformer about an angel trapped in a human host, who must restore her lost power and escape a demon-infested prison. Seraph was born out of love for stylistic action movies like The Matrix and Equilibrium, where the shooting of the dudes is far less important than how cool you look doing it. To that end, the titular character Seraph will automatically aim her weapons if you hold the fire button. The immediate assumption is that this turns Seraph into the easiest video game of all time, but in reality you’ll still have your work cut out for you. Rather than making it a breeze, the auto-aiming allows you to concentrate on mobility as you dodge, double jump and blink your way around the map to evade enemy fire. Seraph will choose her own targets based on the type of weapon she has equipped and their proximity to her, so if she has her dual pistols equipped and enemies either side of her, she will split her fire between the two targets. There is an immense level of satisfaction to this mechanic, bringing back feelings of classic character action games like Devil May Cry where just a few button presses make you feel like a wizard with a controller. Seraph is game that empowers the player, making you feel like an absolute badass as you blast your way through the hordes of foes it levels at you.

If you’re more of a watcher than a player then don’t worry: Seraph is not only great fun to play, but also to watch as commented on by our own Sam Foxall who sat behind me and watched as I slew hordes of demonic foes, backflipping off walls over the top of hell beasts to shoot them in the head. Recognising the potential of Seraph as a spectator sport as much as a game, Dreadbit are incorporating a Twitch mode, where viewers can vote between levels on whether to give the player a positive or negative modifier. It will always be negative, make no mistake but it almost creates a game in of itself as Twitch streamers try to bring down the valiant player. 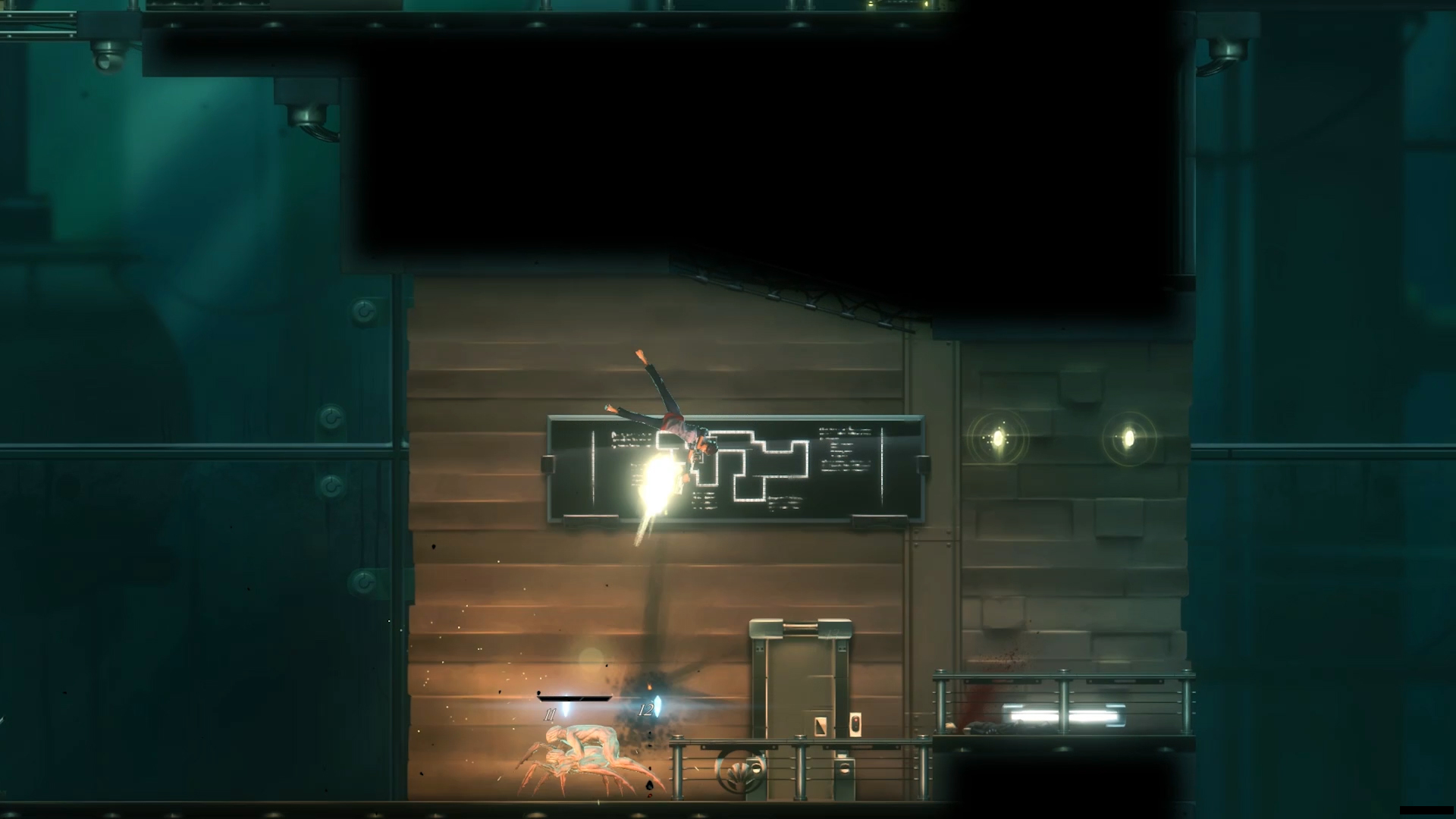 Seraph also features a dynamic difficult scale which adjusts depending on how the player is performing. If you go long stretches without taking a hit from the enemy, then expect things to ramp up in difficulty as the enemies become tougher and more numerous. With points come prizes though, and higher difficulty enemies will yield better rewards. The increase in difficulty didn’t feel unfair at any point, but as I got the hang of my abilities and started to take less hits I did notice the game start to turn the screws on me a bit more.

There are two buzz words so prevalent in indie gaming at the moment that they might as well be engraved on the front of Valve’s headquarters: procedurally-generated and rogue-like and whilst Seraph does boast procedurally generated levels to increase the replayability factor, Dreadbit are very careful to point out that Seraph is not a rogue-like, not entirely anyway. When Seraph dies, she is resurrected but she takes a hit to her maximum health, whilst certain collectibles can serve as a restart point for the player if Seraph dies completely.

Seraph is coming to Steam Early Access on Wednesday, 20th April starting at £9.99 (with a discount during launch week) although this price WILL climb as new features and polish are added during early access. A PS4 version will soon to follow and whilst I was in the belly of the beast at the Sony booth, we had to communicate through a series of hand gestures and smoke signals, but I was able to determine that an Xbox One version may also come somewhere down the line. After what I played at Rezzed, I’m super hyped for the full release so stay tuned for our review.