The tournament cycle is beginning to start up for 2016. The EVO games have been announced, Street Fighter V is on the horizon and players new and old are hoping that this year may be the year that they will finally git gud. So, in my infinite wisdom as a possibly above average player at a game that is not considered a traditional fighter, I am going to give you some tips on your path to gitting gud at fighting games. You aren’t going to become ZeRo or Daigo after instantly reading this guide, but this may put you on the path to possibly becoming a better player. Also, by putting this out there, I will be forced to actually follow my own advice, so everybody wins.

1. Take notes and learn as much as possible about your game 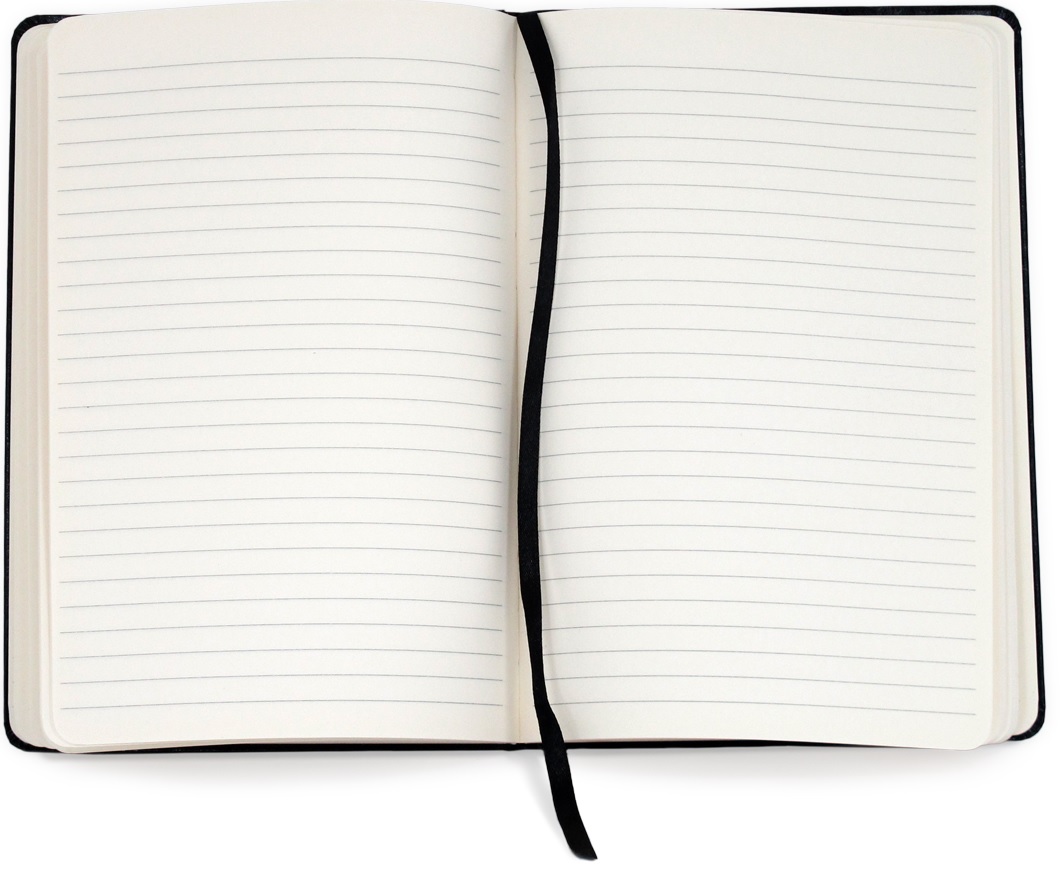 In fighting games, knowledge really is power. Having frame data memorised, knowing what is and isn’t safe on block, being aware of character specific gimmicks; this is going to help you have the edge in a match. So, if you just got hit by a gimmick you’ve never seen before or see a combo that you’ve never seen your character do, write it down and go look it up. Take notes on matchups you struggle with, write down the weaknesses of specific players that you play at tournament and learn a way around them, try and stay clued up on your game’s meta wherever possible. Use apps like SmashPad to check frame data if you keep getting hit by a certain move and constantly keep your little file up to date.

2. Watch your own replays, as well as other people’s 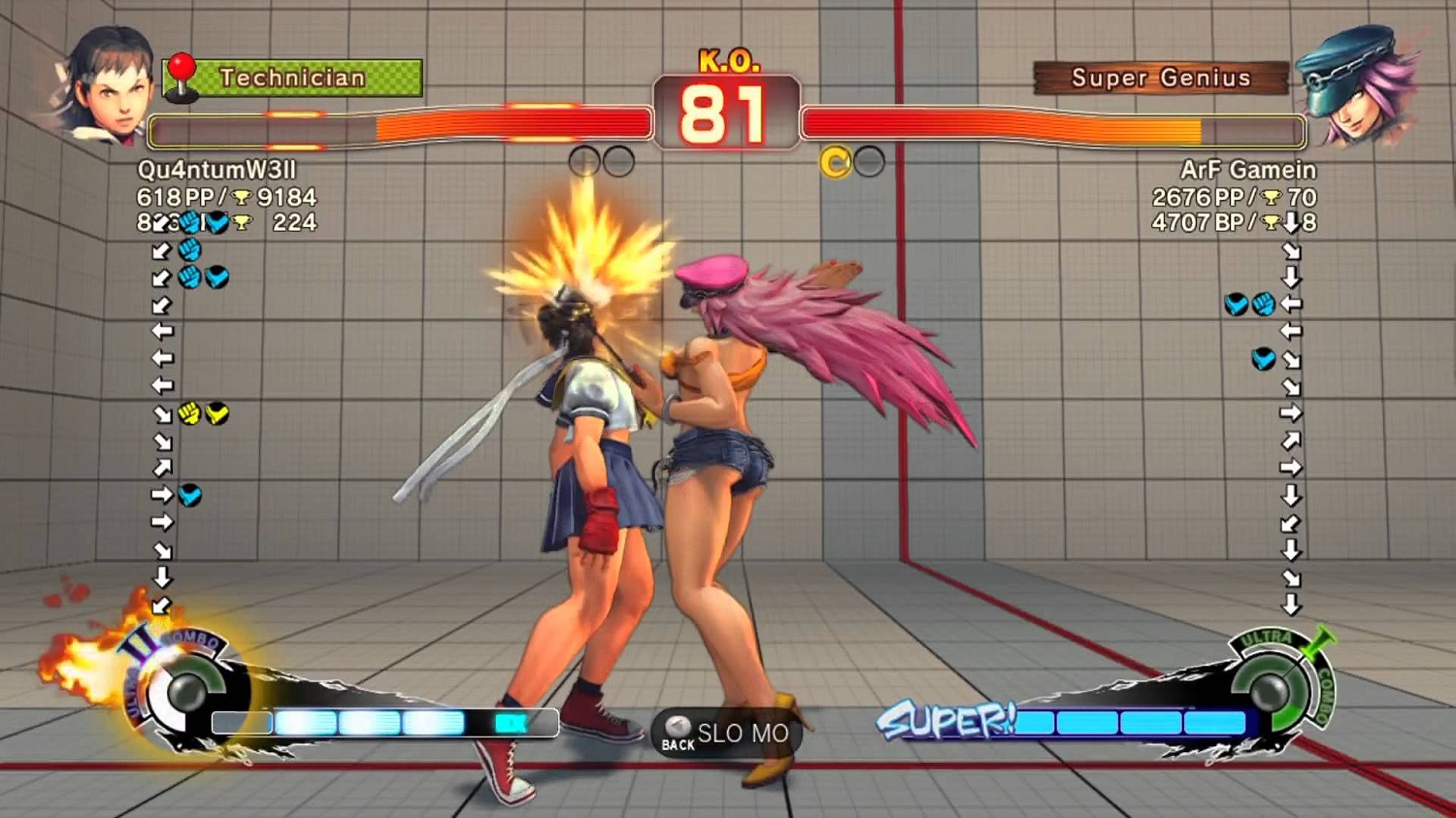 If you trying to improve with a certain character, it makes sense to watch matches of a player who is a specialist with that character. Add the things that work for them to your file, note flaws in their game and see if you make the same mistakes. While you are analysing their play, save your own matches and look back over them, especially games where you just lost. You’ll want to only save your winning matches but do keep those games where you lose, as looking over those could reveal an error that you never noticed before. Also, ask people that beat you where you were going wrong. If they were successfully punishing your mistakes, they must have some idea of what you were doing wrong so use that information to improve your own play.

3. Make the most out of Training Mode 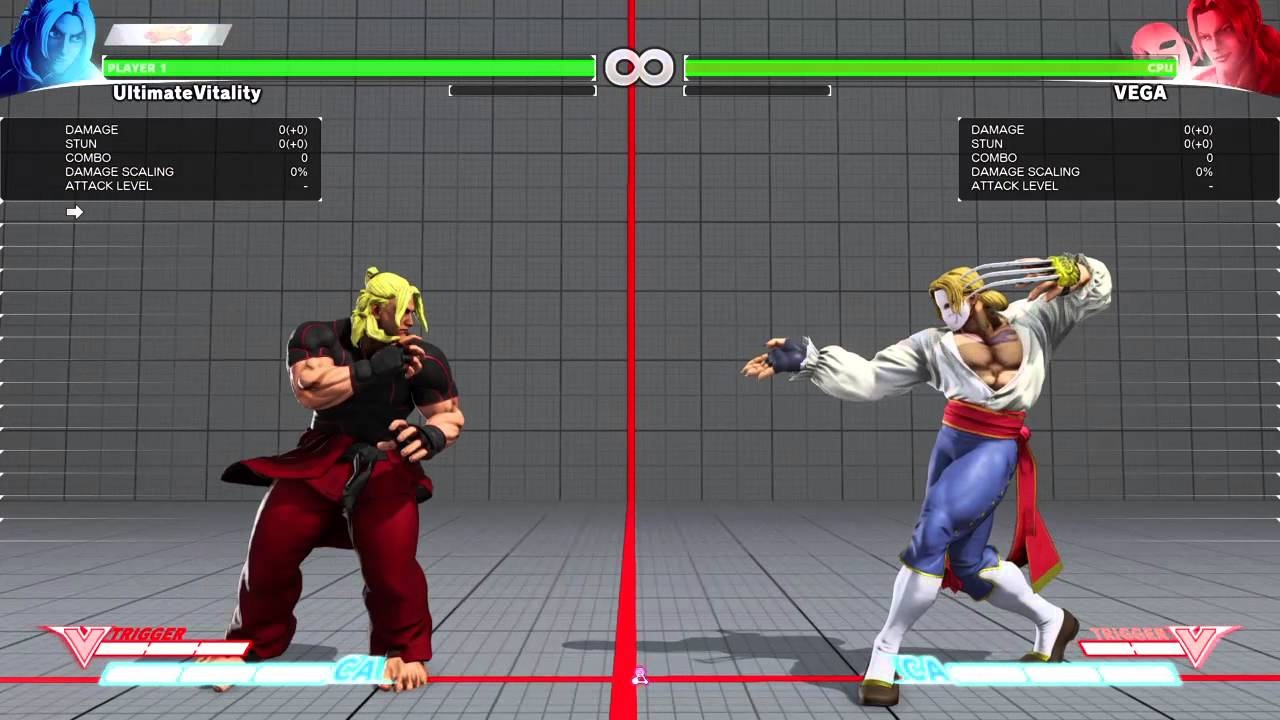 If you are playing a traditional fighter like Street Fighter or Mortal Kombat, Training Mode is the place to start putting your notes into action. Using dummies, recreate the situations that were giving you trouble and test out what you could have done differently. Use all the resources that are available to you in game as more often than not at a low level, you’ll probably just be using Training Mode to test out a combo on a dummy that isn’t reacting to your inputs. If you are learning a new character or trying to tighten up your execution, write a mini training schedule that you adhere to every time you start up the game. Something like doing Ryu’s crouching medium kick 10 times from max distance every time you go into training mode will quickly build both your muscle and visual memory so that you will end up never whiffing that move. Break down combos into singular steps and practice them in sequence so you can diagnose where you are going wrong and then practice that. Playing with input display on will help massively in this regard. 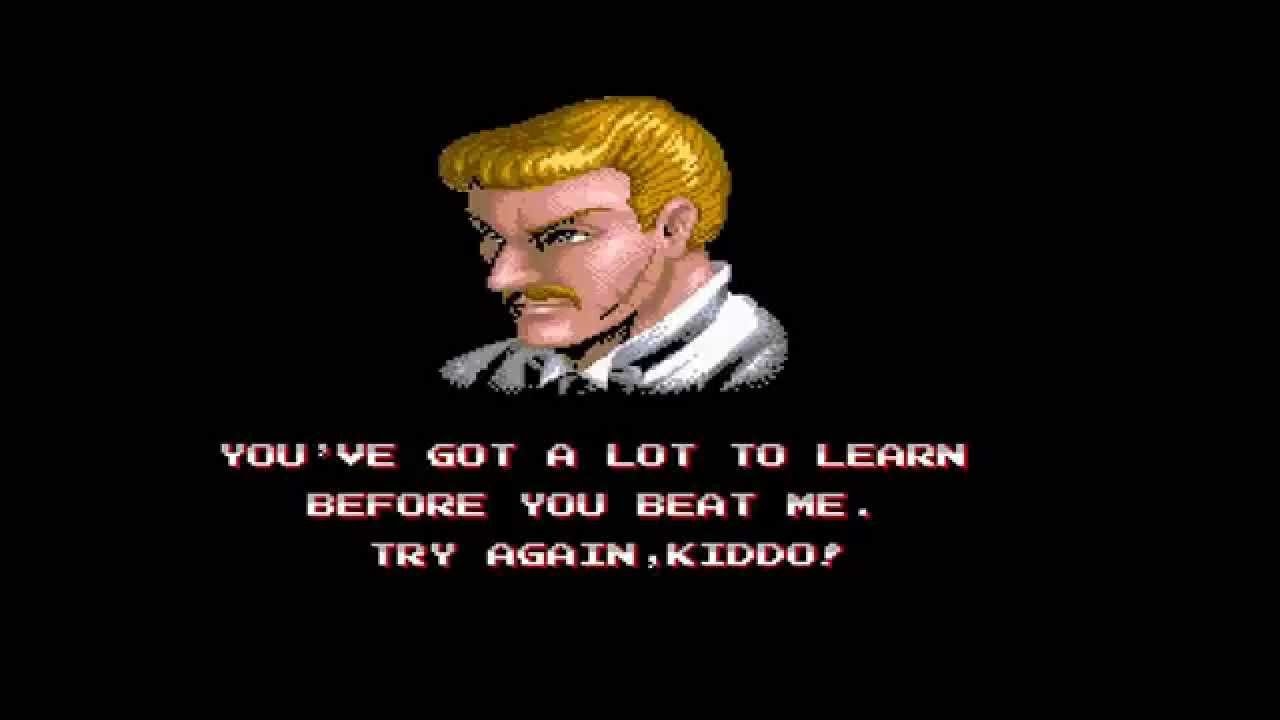 Following on from training mode, if you think you have mastered that combo or know the range of that particular normal, go online and play matches just to use that technique. Again, training mode can only teach you so much, so actually practicing that tricky bit of execution on a live opponent will either confirm that you got it right or give you more data that you can use. Like with offline, gradually build up what you are practicing so start off by trying to land just the starting few moves of a combo and once you have mastered that, move on to doing the whole thing off a jump in for example. Implementing small things in stages and learning each step is so much better than rushing in, failing to do your combo and then giving up in a salty rage.

5. Don’t stick with the same training partner all the time

Having a training partner is helpful for bouncing ideas off each other, testing out specific stuff and generally having someone to spar with regularly but don’t just stick to training with this person. You will probably end up developing bad habits which are solely designed to beat this person and your knowledge of a match up will become entirely coloured by your experience playing them. Most modern fighting games have extensive online features so use them! Join ladder leagues, train with people of the same and higher skill levels so you are constantly experiencing different play styles and techniques. Try to stay away from grinding ranking points of players of a lesser skill level as you aren’t going to end up learning much from someone who is essentially a human training dummy. 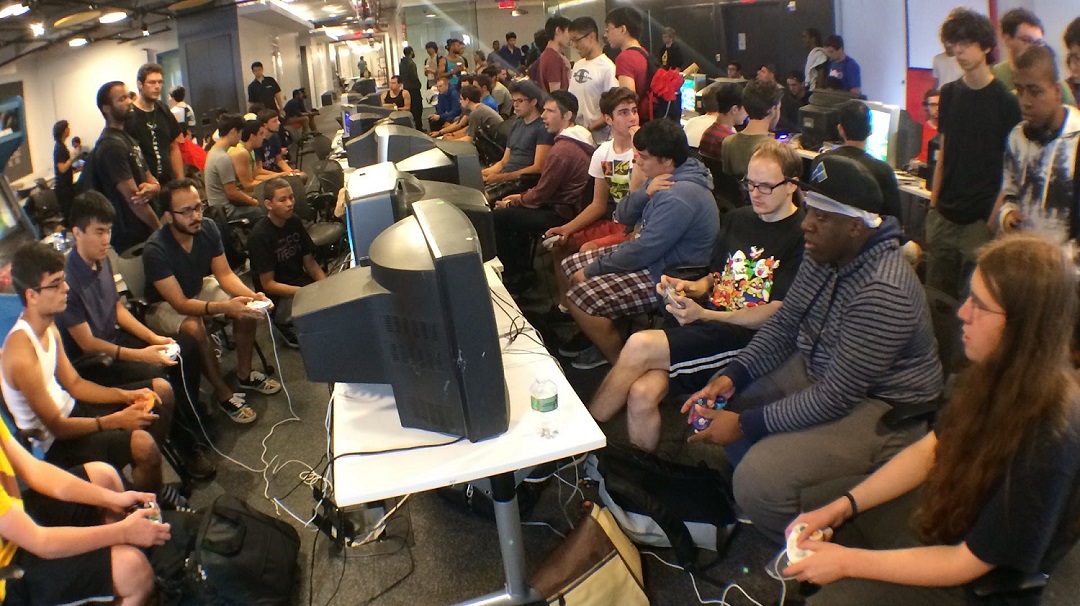 If you want to properly git gud at a fighting game, you can’t stick to solely playing online. While you may be godlike in the comfort of your own home and maybe with some lag to help you out, you can’t be certified as a top player until you have tested your skills offline and checked that your execution and cool combos actually hold up under pressure. Going to tournaments will put your skills to the test, give you that ability to talk to other players and see other fighting styles in action but they are also really fun and help put a human face to the community. 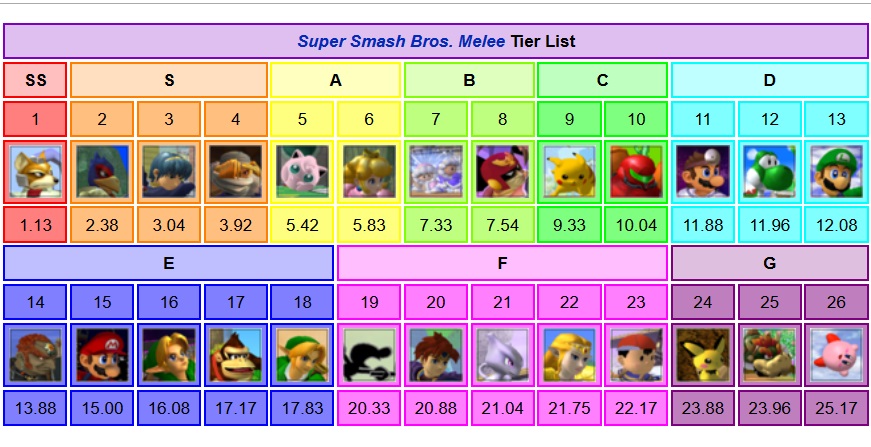 If you are into fighting games, you have probably heard this adage before and it’s pretty true, if you want to become a great player. Now of course, if you want to be known as the best Dan player or the best Zelda player in your region then go nuts, but if you want to be the best overall, picking a bad character is actively hurting your ability to get better. Keep in mind that matches start from the character select screen and by picking that bottom tier fighter, you are the only person to blame for losing when someone beats your ass with a character that is clearly better. This is not to say that a bad character cannot rise through the tier lists, as patches and breakout performances can shift the meta’s opinion of that character but let’s be real. If you are reading this guide to git gud, it is unlikely that you are going to be the person to change the meta by sticking with that bottom tier character and waiting for buffs that will never come. I know as I have done the exact same thing. Just pick a top tier or at least, a high tier. It’ll make things so much easier on yourself if you are seeking to get better. You’ll realise how much easier winning can be once you discard your self-imposed handicap.

Hopefully, following these tips will put you on the path to improving as a player. You are going to lose, you will get disheartened but each loss is an opportunity to improve yourself. If you are starting your journey with Street Fighter V, keep in mind that this is a whole new game and that while people may already have a headstart with the fundamentals, everyone will be learning the intricacies of the new system and you do have the chance to grow with the meta instead of playing catch up further down the line. Just remember that if you did git gud after reading this guide, give me a cut of your tournament winnings. It’s only fair.