Father Christmas may be rappelling down your chimney on Christmas Day, with a copy of Rainbow Six Siege in hand to give to all those boys and girls who always dreamed of becoming a member of a counter-terrorism unit. Siege is not your average twitch shooter mind you, as going in guns blazing will definitely get you shot to pieces and have your team screaming down your ear. So, here are some helpful tips and tricks to help make you entry into the world of Siege as smooth as possible. You’ll be saving hostages and disarming bombs in no time.

1. Play with a headset

If you are not playing Rainbow Six Siege with a decent headset, you are already at a distinct disadvantage. The sound design in Siege is brilliant, so having a good pair of headphones is essential so you can hear a breaching charge being placed or a hostile creeping down the corridor a floor above you. On certain maps like the SAS training house, you can hear movement on every floor by entering from the shooting range so prick up your ears to listen out for traps and enemy movement. Being active on the mic will also improve your win rate massively, as being in constant communication with your team is vital for effective attack and defence. This is not like CoD, trying to be a lone wolf will get you killed by a team who is communicating and spotting potential threats. Playing with a squad that talks gets you more wins, but generally makes the Siege experience that much more enjoyable, as most mic’d players are paragons of politeness compared to your typical shooter fan.

2. Look before you shoot

There has been equal effort into making distinct visual cues for many of the traps you will encounter in Siege. Kapkan’s tripwires always have a nail poking out from the wall from which they’re placed against, fortified walls will spark if Bandit has placed a shock trap near them and cameras will light up if they are currently in use. Always make sure an area is clear before you storm it and take out as many cameras or drones as you can. Limiting enemy sight is as effective as putting eyes everywhere, so watch for any glowing drones when you are the last man left. 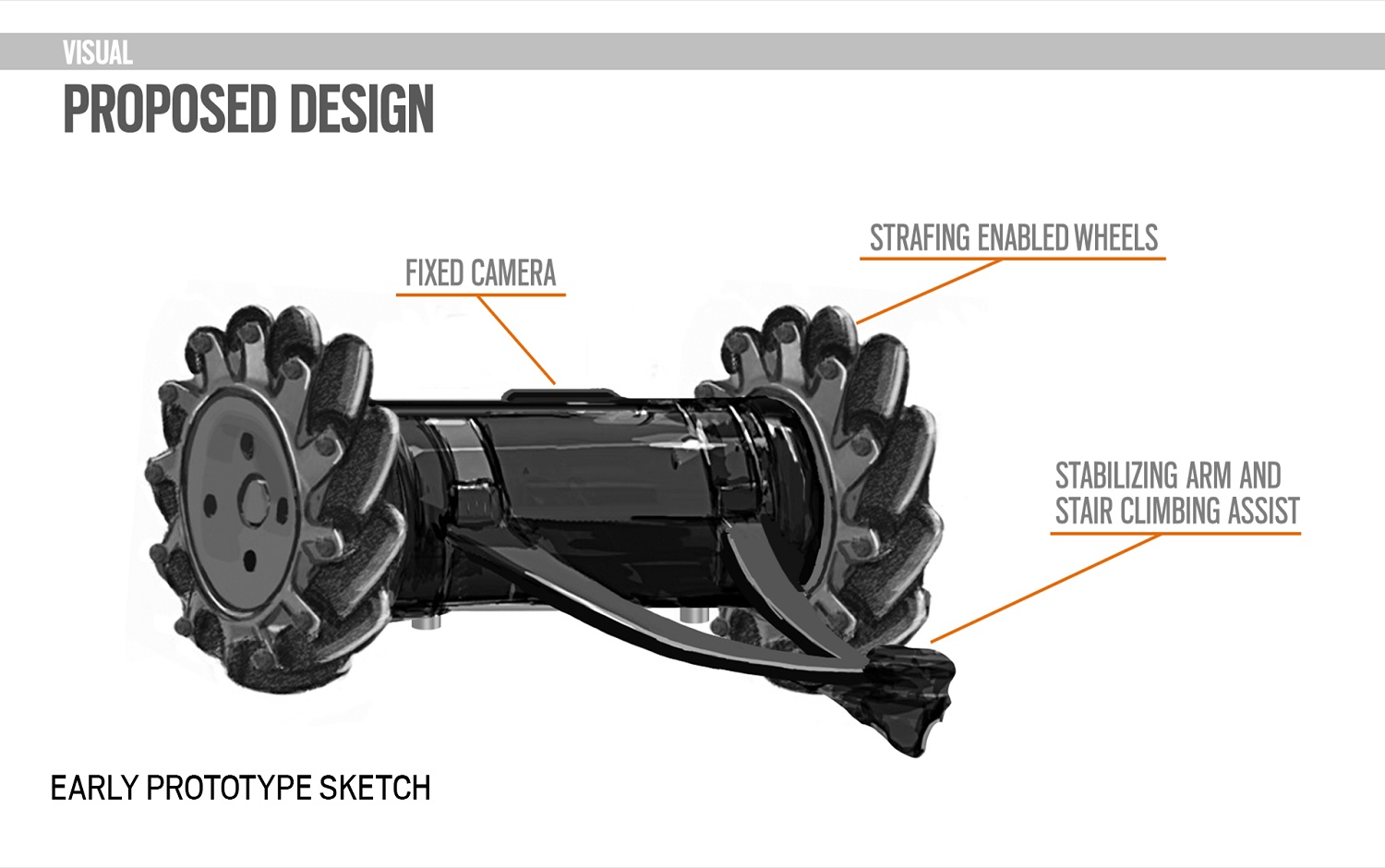 The drone can be a secret weapon for an attacking team, acting as a useful stationary camera when correctly placed as well as a speedy scout when you are desperately searching for that final defender. Spend some time learning drone shortcuts through air vents and small cracks so you can zip in and out of an enemy’s location without getting shot to pieces. The drone’s jump ability is great for getting round enemy traps, as you can actually jump over Mute’s jammers to nestle yourself in a hiding spot within a well defended room. Point the drone’s camera up when jumping over jammers, as it actually increases your jump height.

Be sure not to spam the scan feature though, as it is rarely useful during the setup stage of the round, marking enemy positions that will no doubt have changed by the time the round actually starts. The scan feature should be used during the actual round, once you’ve placed your drone in a safe spot and can actually provide useful recon to your team. You only want to be IDing the enemy team during the setup phase anyway and that happens by just looking at the enemy. Being scan happy reveals your drone’s location and will leave you a camera down when the attack begins. Don’t be afraid to deploy a second drone during the actual attack to scout out a room and make an enemy move out of position. Having someone bait a camping defender out with a drone, just to hose them with gunfire is a perfect way to end a round.

4. Not all Operators are made equal

On some game types, certain Operators are nowhere near as useful as others. For example, Jaeger is not the greatest pick on Hostage Defence, as the enemy team will probably not be using lethal grenades to clear a room unless they are idiots. Likewise, picking Fuze when you are trying to rescue a hostage is just asking for you to blow up the hostage and any other attackers in the room. In these situations, it’s better to pick an Operator like Bandit to help fortify the room and Sledge to help knockdown walls without making too much noise or potentially blowing a hostage into several pieces. Some Operators are essential for pretty much all game modes, so make sure to buy them first. I recommend getting Castle and Rook for your first Defenders and Thermite and Thatcher for your Attackers.

5. Don’t build your own tomb

Newer players do this a lot and it causes a lot of angry losses. In most scenarios, simply fortifying a single room and holding up in that one location will just get you killed more often than not. Make sure to spread out your defences so you aren’t just waiting to be shot like a fish in a barrel. You need to have contingencies for Plans C, D and E, not just A and B so leave the comfort of the spawn room and put some defences elsewhere. Fortify that trap door which leads into the room next door to the bomb, put up bullet proof barricades in empty rooms in order to funnel the attacking team into a killbox, bait enemies out with a fake trap room so they reveal their location. Be creative when defending so attackers don’t just blow up a single wall and see the entire team huddled round a shield. Also, just a tip to Castle players, don’t lock people out of the main room when they are trying to fortify other locations. You’re just wasting a valuable resource and annoying everyone else.

6. Make your hitbox as small as possible

Having an extraneous foot sticking out from behind a counter can mean death in Rainbow Six Siege, due to how precise player hitboxes are. Making your hitbox as small as possible or as hard to see is essential, so don’t always hide in a prone position when enemies come storming through the roof. Master peeking round corners, so you can shoot from a place of safety while exploiting your enemy’s bad positioning. This is the best way to take down shield users, by shooting at areas like the feet which aren’t as covered in order to score a kill or down an attacker. Exploit hostages when you are the final defender by placing yourself behind them to try and bait attackers into accidentally killing their target. Try rappelling through a window from an upside down position so you can peek through the top of a barricade and spray lead death on unsuspecting enemies while they have a hard time shooting back. It also looks really cool.

7. Get creative when attacking 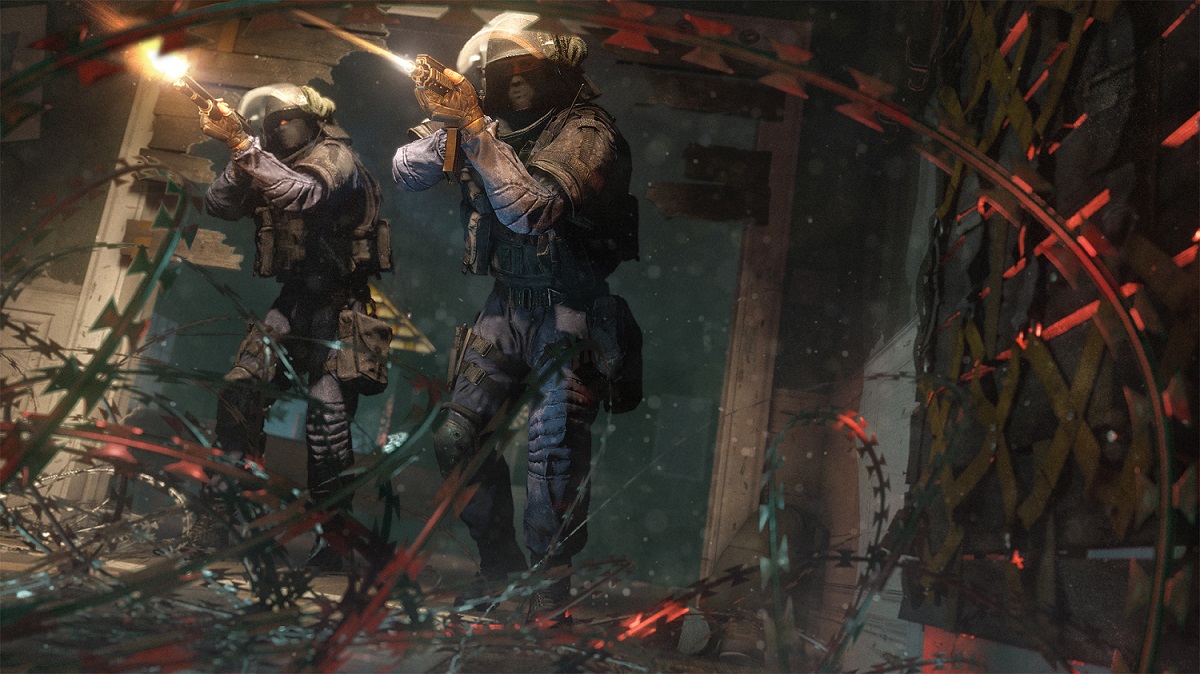 Just as you shouldn’t build your own tomb when defending, don’t just go in through the front door when attacking a location. Synchronise multiple breaching charges and cluster grenades to  bamboozle the enemy and make them second guess your entry way. Have a duo make loads of noise to bait out any roaming defenders so your main squad can rush into a location. Don’t just repeat the same strategy over and over again, vary up your squad composition and attack plan so the enemy does not use the same strategy to defeat you when it’s your turn to defend.

8. Play the Situations and watch the Tutorials

You should do this anyway before launching online but the added bonus of playing the Situations and watching the Tutorials is the extra Renown you get for completing them. You get 600 Renown from just watching 3 short videos which is enough to buy your first Operator. The Situations allow you to run through most of the multiplayer maps to get a feel for their layout, as well as giving you Renown for completing them. They aren’t too hard and they give you ample opportunity to get adjusted to Siege’s slower movement and stiffer gunplay, compared to something like Halo or even Battlefield.

Those 8 tips should at least get you started in the tense world of Rainbow Six Siege. Just remember to keep it slow, talk to your team and always shoot the cameras out. Happy breaching!