When Capcom announced that they would be holding an Ace Attorney panel at this year’s Tokyo Game Show, which took place in September, it was predicted that a whole new instalment in the Ace Attorney series would be announced. Sadly, despite the rumours, a new game was not showcased during the panel. What we did receive was a piece of excellent news for owners of modern consoles.

A remaster of the original three games, Phoenix Wright: Ace Attorney Trilogy HD, which was originally released for iOS, Android and Nintendo 3DS, the latter of which we reviewed back in January 2015. This collection is now in development for PS4, Xbox One, Switch and PC, with a projected release date of Spring 2019. Hopefully, this means the other games will also receive a multi-platform release in the near future. Despite the disappointment at the lack of news regarding a new instalment, the question of the content and features of a possible sequel still remain.

Here at VGU, we have come up with some suggestions for how the series could potentially evolve, and what changes could be made to the existing formula to build the Ace Attorney game that fans could only dream about.

1. Multiple Endings for Each Case

One of the major criticisms of the visual novel genre is that many mainstream titles offer a single ending at the end of the narrative. Although there were deviations to this rule at the end of Justice for All and Apollo Justice Ace Attorney, all of the other turnabouts in the Ace Attorney series have offered only one ending to each individual case.

An interesting twist to the Ace Attorney formula would be the inclusion of different endings if a client was found guilty or not guilty, or if you were able to use a different selection of evidence to increase or lower your chances of success. This would vast increase the replay value of a future instalment, where you would step away from following the age-old pattern of presenting the same evidence each time to get your not guilty verdict.

With the departure of Apollo Justice from the Wright Anything Agency at the end of Spirit of Justice, there is now a gap in the proceedings that needs to be filled. The last time we saw a new playable character was in 2013 with the arrival of Athena Cykes, so it is likely that we will see a new defence attorney in a future entry of the series.

Some of the possible scenarios for their introduction could be in the form of an apprentice that might be trained by Athena, or an older character who is searching for redemption through a new path in their life. Whichever direction that Capcom decide to take, it is always a pleasure to see a new attorney begin their journey and learn from the various clients that require their assistance.

Over the six main entries and various spin offs, the Ace Attorney universe has assembled a vast entourage of heroes, villains and in-betweens. Aside of the defence and prosecution attorneys, their loyal companions and the judge, many of the people that you have met are relegated to the annals of the Court Records.

In the next Ace Attorney game, it would be interesting to see more references to these older characters such as Franziska von Karma and Adrian Andrews, whether it be in an update in their living arrangements, a possible obituary for a convicted felon or even a physical appearance of an acquitted past client with a few brief lines of conversation.

Throughout the history of the Ace Attorney series, many of the entries such as Justice for All have been criticised for being too difficult. The reverse has also been proved true, where Dual Destinies offered too many hints to new players. A solution to this issue would be to provide separate difficulty levels, each allowing gamers of all skill levels to experience all the game has to offer.

In a similar manner to the Persona series, the Beginner difficulty could offer more detailed clues on evidence, whereas the Hard difficulty level may enforce stricter penalties for making wrong statements in court. Certain levels of difficulty may introduce harder cross examinations, or even lead the player through them by the hand if they need the assistance.

Although there is usually only one individual that commits most crimes in the Ace Attorney universe, there are several occasions where a criminal action has several guilty individuals which need to be prosecuted. These accomplices usually disappear after they are outed for their crimes with only a few of them being given the trademark breakdown animation once they are exposed.

An interesting twist on this mechanic would be to have multiple individuals testifying at the same time. Listening to both of their testimonies at the same time could allow for the possibility of catching multiple inconsistencies at once, or linking two or more statements together to completely disrupt a witnesses account of the events in question.

Phoenix Wright: Ace Attorney Trilogy HD is available now for iOS and Android, and will be released on PS4, Xbox One, PC and Nintendo Switch in Early 2019. Do you believe that there is a gameplay mechanic or feature which deserves a place on this list? If you do, please let us know in the comments section below. 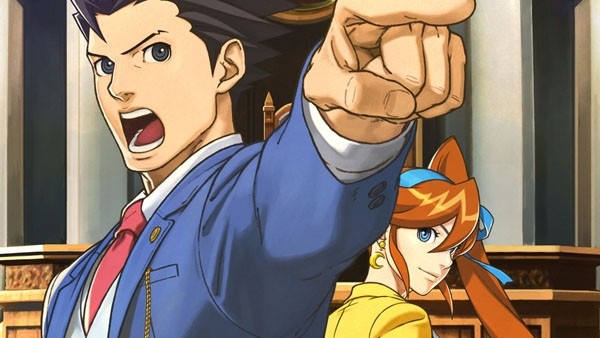 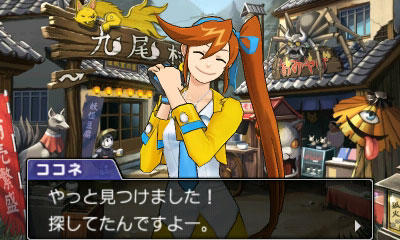