The hype train is fuelled with hundreds of Shovel Knight amiibo and it’s on course for its final destination, so let’s speculate on 5 things to expect from tomorrow’s final Direct dedicated to Super Smash Bros for Wii U and 3DS. This list will be a mix of pretty standard stuff, as well as some ridiculous speculation so just roll with it. Most Smashers are at a fever pitch anyway so just bear with us all until tomorrow.

With the probable introduction of at least one DLC character following tomorrow’s Direct, it is safe to expect we’re getting a balance patch to accompany any DLC we do receive. Since the last patch, we’ve had 2 major tournaments in The Big House 5 and MLG World Finals and while there still has been a fairly large Sheik presence, we’ve been seeing characters like Meta Knight and Ryu on the come up so we may see some balancing to reflect that. I think some form of nerf to Sheik and probably ZSS is inbound, but I doubt we’ll have another wide ranging change like the shieldstun changes which we saw in 1.1.1. I’d love to see some lower tiers get some love (I’m still waiting on that grab range buff for Ganon) but we’ll see what we will actually get. Make sure to archive your replays somewhere as well, because they are getting nuked with a new patch.

Now, I imagine a lot of people will expect me to say something about a new Subspace Emissary but let’s be real, the mode was just a rubbish brawler that was only made bearable by some wicked cutscenes. Plus, Sakurai has said previously that due to all of the Subspace Emissary cutscenes being leaked online in Brawl, he wouldn’t do another one. If he is going to do a single player mode, it’ll be a straight up Adventure Mode like that seen in Melee. It’s just a jazzed up Classic Mode anyway so it’s actually feasible to do unlike a massive campaign like Subspace Emissary. I’m also expecting some kind of new online mode, maybe more customisation options for tournies or an Alpha mode for For Glory where we can pick Battlefield as a stage. I would love to see a proper Ranked Match feature with stage striking, best of 3 sets and a rematch button built in but that is really unlikely when considering Sakurai’s dismissive attitude towards competitive Smash. 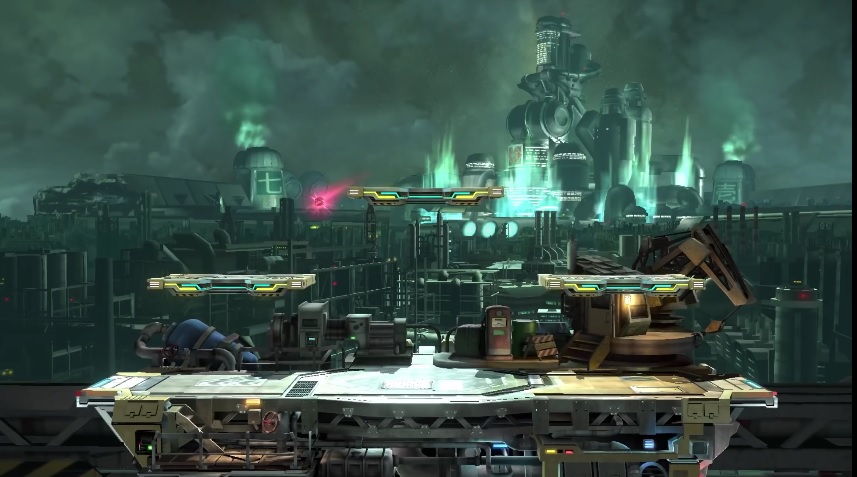 We’re already getting Midgar as a stage with Cloud, but I hope if we get maybe 2 more DLC characters that we will receive some more stages. My theory is we will get Cloud, a veteran like Wolf and the winner of the Ballot straight after the Direct so I imagine we will get a stage corresponding with the Ballot winner and maybe a retro Star Fox stage for Wolf, like Venom or Sector Z. As for other returning stages, I’d love to see the Melee classics of Yoshi’s Story, Pokemon Stadium and Fountain of Dreams make a comeback but realistically, we’ll probably get gimmick stages like Saffron City 64 and Pokefloats making a return. It’s possible we may get a stage related to a new Nintendo property like Splatoon or Xenoblade Chronicles X as a teaser too.

The big thing that we all want from the Direct is the news on the Ballot characters. As I’ve mentioned, I’m pretty sure we will at least get the winner after the Direct and if not, we will at least find out who has won. All the news around this Direct has made it clear that this is the last dedicated Smash Direct so it’s fair to assume that we are getting details on everything. So, even if we don’t get them straight after the show, I’m certain Sakurai will tell us who to expect in the future as we aren’t getting another big info blowout after this. As a result, we will probably get a content release schedule, so even though we aren’t getting everything on the day, we have a good idea when we will finally have finished receiving new content for Sm4sh. My guess is that if the rumours are true about there being only 5 character slots left, we’ll get 3 after the Direct and then the final 2 will release in February and April, with Nintendo reminding us of upcoming content in future Directs.

Now, this is my wild card expectation for the Direct but hear me out. After Nintendo dropped its traditional press conference for a big community event, it has needed something to fill that spot it has at the Nokia Theatre. In 2014, it was the E3 Invitational, this year it was the Nintendo World Championships and I believe that to celebrate Smash’s overwhelming success over the past year, we will get a big, Nintendo backed tournament during this slot. I would love to see it as the North American Final for a World Smash Circuit for Melee and Sm4sh but realistically, it will probably be another Invitational event but let’s hope it at least has a competitive ruleset in place. Seeing as Nintendo of America will probably be running the event and they are definitely in tune with the competitive scene when compared to Nintendo of Japan, if this wild expectations comes true, I imagine it will be a proper competitive event.

So, there are my 5 expectations for tomorrow’s event. Everyone is excited but let’s remember the journey and hard work Sakurai and his team has put in. No matter what you think of this instalment, you have to admire the love and attention that has been put into this Smash and has made it more than just a fun party game, but a museum to some of the most iconic characters in gaming. Make sure you have your tickets for the train at the ready, load up your eShop accounts with cash now before the servers crash at 10:30pm tomorrow and hype responsibly!