Twitch has been a quickly growing medium for entertainment over the past few years with more and more people getting into the idea of streaming or watching streamers. The phrase “I don’t watch TV any more, I watch streams instead” is more commonplace now than ever before. So to help you all decide who you should be watching, whether you’re a Twitch veteran or new to the idea of streaming, we’ve compiled a list of 5 streams we think are worth your time.

Okay so we’ve started off with a bit of a cheat here with 2 streamers, but that’s because these 2 streamers are very closely linked with the game that they play and how they play it.

Both these guys play an old PS1 game some of you may remember called “Yu-Gi-Oh! Forbidden Memories”. This mention of this game has probably made a lot of you say either you remember how fun the game was, or how frustrating the game was, keep that in mind while you read the next sentence.

GFC and TheUrnator both do speed runs of Forbidden Memories, constantly competing against each other for the world record which stands at just under 3 and a half hours at present. The pure skill of these guys and the passion they have about the game makes it a great viewing experience. On top of their friendly competitiveness they also hold races of the game where anywhere between 3 to up to 8 streamers will all stream at the same time trying to complete the game first. These guys may be in a niche but they are certainly worth a look.

NBK is a pro Counter-Strike: Global Offensive player who plays for team Titan. Widely regarded as one of the best in the world, he has played in major tournaments in every country and has won many prestigious titles. He also streams.

Whether you’re watching NBK to see how he plays, because you enjoy how much he gets into the game or because you’re looking to pick up some tips he is well worth tuning in for. As a Twitch partner he has the ability to have people subscribe to him. Subscribers will be invited to a private stream group and will often get the chance to play with him on his stream in front of hundreds of people watching. A big part of his stream schedule is giving hints, tips and tricks to help people improve their game, often answering questions from fans and followers live.

A great streamer to watch, play with and follow NBK is certainly worth checking out, and if you want to get the chance to play with him, subscribing might also be a good call.

Some of you reading may not realise that we here at VGU actually stream weekly. Currently on Friday evenings you can join Dom and Daniel for the ‘Diablo 3: D20 run’ where they will pay Diable 3 with a random set of rules determined by dice rolls.

Also on Wednesday Dom hosts Retro Wednesdays where he’ll play some of our old favourites, and some long forgotten gems, it’s certainly worth checking out.

Finally our event streams are some of the most talked about around the VGU office, from our Bioshock Infinite event stream last year to the 24 hour Borderlands stream, to the Kickstarter campaign stream for America McGee’s Akaneiro. Keep an eye on VGU for upcoming event streams as they are always packed full of fun antics and great give-aways for our viewers. 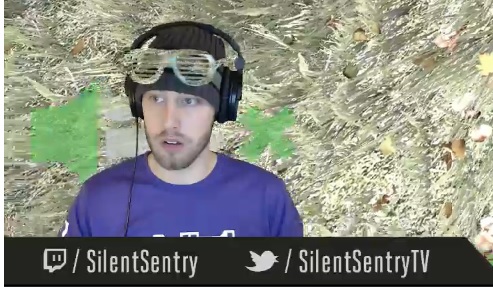 SilentSentry is fairly new to the Twitch community, having only started streaming around 3 months ago he has already made a big impact in the scene. Streaming mainly DayZ but venturing into Arma 3, CS:GO and other games he has a good mix of content to keep his viewers interested.

As a stay-at-home dad, Silent streams as a hobby but puts more passion into in than many other streamers out there. Having set up a public Steam group, public teamspeak sever as well as great subscription perks and stream get-togethers where he plays with anybody who wants to turn up.

Silent always puts on a good show, especially during his weekly 24 hours streams which start at 12am GMT every Sunday. He is all about interaction with the audience, keeping up his viewer chat better than many streamers who have been doing it for much longer.

A very fun streamer to watch and somebody well worth supporting.

Probably one of the more well-known streamers on the list, Towelliee is a popular World of Warcraft streamer who has recently switched over to WildStar for the foreseeable future. Towellie is also another streamer with great viewer interaction, often talking to people in chat, even though there are often over 2000 people at once.

One of Towelliee’s best subscription perks is SubSunday. Every Sunday Towelliee will play games as voted for by his subscribers, from retro to next-gen he’ll play whatever game gets voted for that week, as well as many give-aways for subs and non-subs. He is a full-time streamer and he certainly has the professional touch.

So what did you think of our list? Any of your favourites here? Any of them not make it this time or are you thinking of starting streaming yourself? Let us know in the comments and maybe you’ll be on our next list.