With Silent Hills being canned, us horror fans are disappointed to know that we won’t be getting our dose of psychological horror at this year’s E3. Never fear though my friends, there are still a handful of games to look forward to at this year’s convention. Whilst none of them could possibly fill the void that Silent Hills has left in the hearts of gamers everywhere, these five beauties should be enough to lift your spirits and keep hoping that one day we’ll go beyond P.T. and get the game we were all promised. The wounds are still fresh Konami…

Now, not all of these games are guaranteed to be at E3 as we haven’t had a complete run-down of everything that’ll be featured. However, these are the games that’ll be hitting stores in the near future, so it seems likely that E3 will offer us some new gameplay or cinematic trailers. So, with that in mind, let’s rock and or roll. 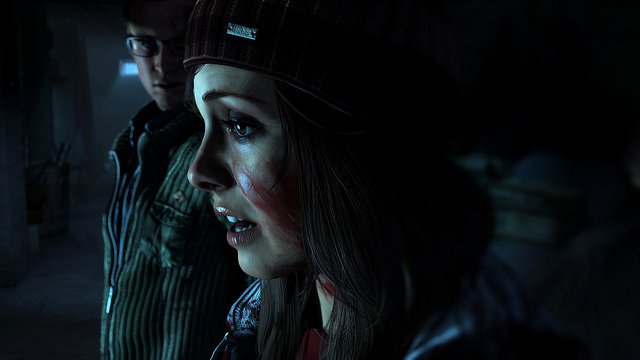 For those of you, myself included, who loved Heavy Rain, we have something new to look forward to with Until Dawn. A cinematic psychological-horror-thriller game that is all about those tough decisions and quick time events that make your palms sweat uncontrollably. Until Dawn promises to give players a completely immersive experience with high replay value.  Featuring the acting talents of Hayden Panettiere and Rami Malek, Until Dawn is a tale about eight friends who become stranded on a snowy mountain, where events soon take a sinister turn.

Developer Supermassive Games have promised a nine hour long campaign  that requires several play-throughs before a full understanding of the story can be achieved. Much talk has surrounded the game’s “Butterfly Effect” system, which means that your choices/actions yield much greater consequences and knock-on effects than in previous cinematic games. Supposedly it’s possible to achieve endings with all eight characters surviving or perishing and everything in between.

Whilst it sounds very ambitious, I can’t help but be a little bit excited. I love slasher movies and cinematic games, putting the two together is a dream come true for me. On paper the concept seems sound and the graphics are simply gorgeous to look at. From the little glimpses we’ve seen, Until Dawn looks to be one of the more exciting exclusives the Playstation 4 has to offer. 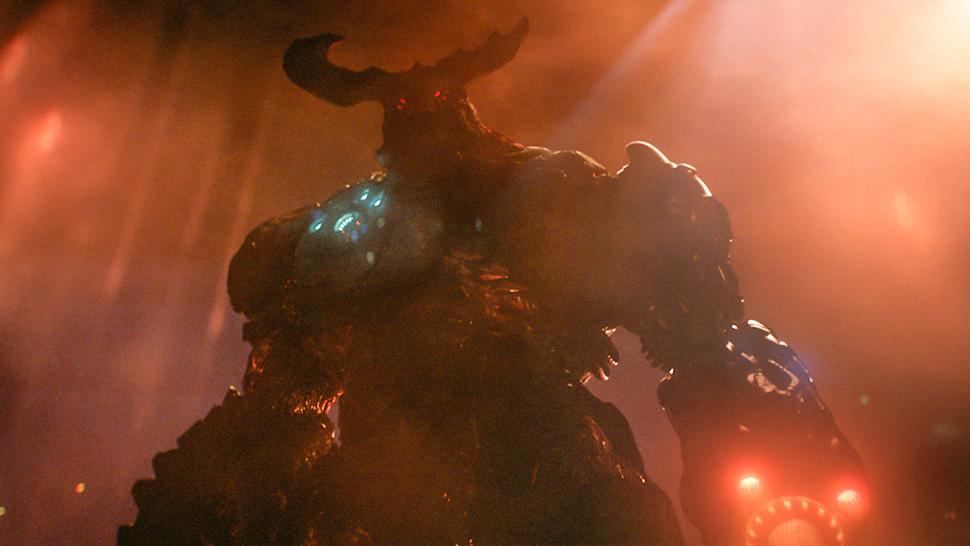 Straying slightly away from horror, we have the big-daddy of shoot-em-ups making its glorious return to send us all to Hell once more. Whilst all we’ve seen so far is a rather underwhelming eleven-second teaser trailer, we can be sure that come E3 we’re going to up to our ankles in gameplay footage. Being the first game in the series since the masterpiece that was Doom 3, fan anticipation is pretty high for this one. With the console market flooded with so many shooters that were inspired by Doom, it’ll be nice to have the innovator come back to show them all how it’s done.

Personally, I loved Doom 3 and have awaited a new title for quite some time. However there’s that little voice in the back of my head that thinks this could go the way of generic covered based shooter and miss the whole point of Doom. The point may be to simply repaint claustrophobic environments with demon guts, but nevertheless it’s a winning formula. Bethesda have rarely dropped the ball so perhaps I can put my fears to rest once we see some actual gameplay.

Doom‘s official  release date has yet to be announced but will be available for the Playstation 4, Xbox One and PC. 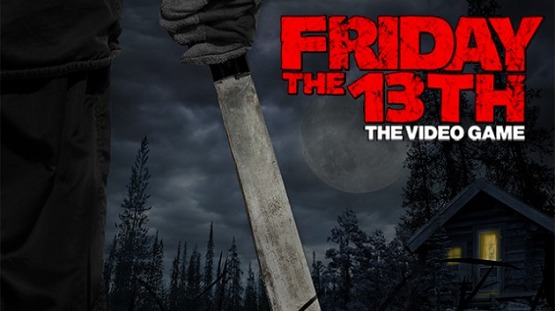 Making its first venture into video games since 1989, the multi-million dollar franchise is returning to the gaming world. Taking a big leap from the SNES era and following in the footsteps of Alien: Isolation, Friday the 13th will pit players against one of the film’s most iconic monsters. That’s right, the hockey-masked butcher himself Jason Voorhees, in a stalk-and-slash fest ripped straight from the movies. You’ll have to run, hide and improvise your way out of your many encounters whilst searching for your friends, who more than likely have already had the pleasure of meeting Jason’s machete.

I’m a big fan of the movies, even the more terrible entries, so playing a game in which you’re hunted by Jason sounds like fan-boy heaven for me. I also love horror games that focus on stealth and hiding that gun-heavy combat, so this one is a no-brainer for me.

Whilst little has been revealed so far, despite a fast approaching release date of October, it has been announced that this game will have a heavy focus on multiplayer. There’s going to be a lot of fun to be had online as you take on the role of Jason and gleefully hack your way through your friends, or play as a camper and see who can survive the long night at Crystal Lake. Mortal Kombat X may let you slug it out as Jason, but it doesn’t give you a sense of really inhabiting the character, which is hopefully what this game is going to deliver on.Previous movie tie-in games have proven to be awful; however this one could surprise us all, only time will tell. 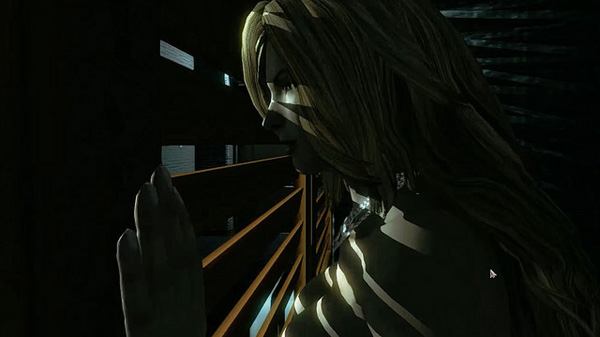 Moving on to yet another slash-fest, we have cult darling NightCry. Not a great deal has been released or publicised about this game, so here’s hoping that E3 will give it some much needed attention.

Players will board a luxury cruise-liner where relaxation is the last thing you’ll find.  A series of gruesome murders are taking place and you must solve the mystery whilst avoiding the enigmatic Scissor Walker who has every intention of removing your head from your shoulders. Like Friday the 13th, you’ll have to rely on your wits and not a twelve-gauge shotgun to survive the horrors that await you.

Flying the flag for the point-and-click genre, NightCry is one that will get people talking and with enough of a push at E3, could possibly be a hit. See my previous Night Cry article on why you should be excited and more details on its upcoming release. 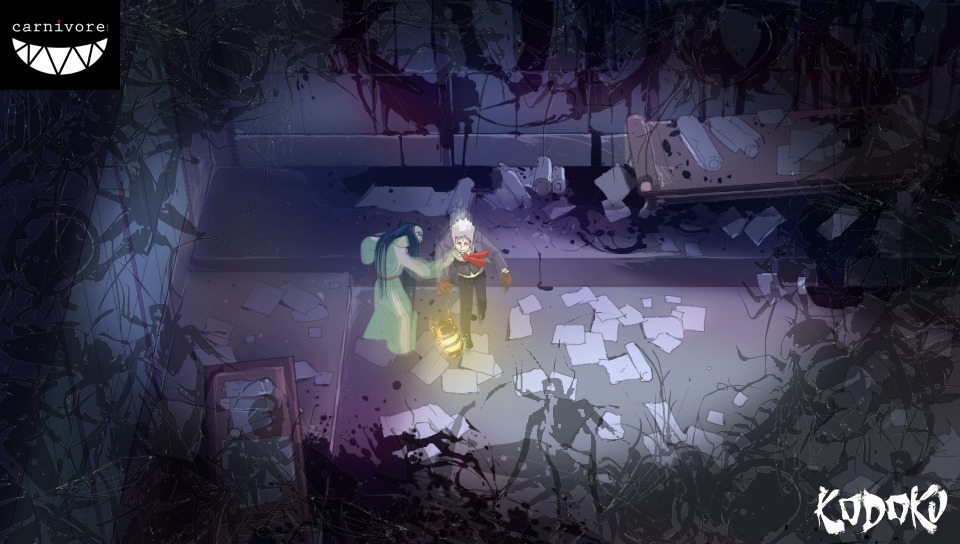 Our final entry to the list is definitely the strangest of the bunch. Japanese games as a rule tend to be a bit on the bizarre side, but Kodoku seems to really take the cake. Opting for surreal imagery over gratuitous violence, Kodoku aims to disturb more than excite. Taking its influence from Japanese folklore, you must utilise stealth and ancient magic to best a series of mythological demons and twisted monsters whilst exploring a bizarre island. Little else has been revealed in regards to the story, but perhaps its for the best. Kodoku’s charm appears to be how baffling the whole thing is, so players will want to experience it first hand. From the trailers and screenshots, you can see the game has a distinct anime/cel-shaded art style that stands out amongst the usual dark and dreary aesthetic associated with the genre.

I’m looking forward to this one as it’s such a far-cry from everything else included on this list. This is a psychological horror game that leans on the absurd to be scary, putting us in impossible situations and warping our perceptions of reality through gorgeous visuals. Kodoku will be available for the PSP and PS4 at some point in the near future.