When it comes to mixing adult humour into video games, very few of the titles become household names because of the limited audience. The developers at Rare were well known for their contents that was accessible to everyone, so when Conker’s Bad Fur Day was released onto the Nintendo 64, it took everyone off guard after the squirrel’s previous adventures in which he was not a swearing loudmouth who is obsessed with talking money.

One of the reasons why Bad Fur Day was such a success was not just the challenging platformer gameplay, but the ensemble of characters that populated Conker’s home world. From a greedy and ruthless panther king to an obese mouse with lactose intolerance, there was a level of imagination and creativity that Rare are known for, and at the same time, they did not outstay their welcome, allowing others to take the spotlight in equal measures.

Thankfully, none of the characters were cut when the game was re-released as part of Conker Live and Reloaded on Xbox, but some of their dialogue was censored for reasons unknown. Now that Microsoft have confirmed the release of a new episodic Conker game developed in Project Spark, it is possible that some of the characters from the Bad Fur Day adventures will return. With this in mind, here are five characters that I would like to see once again in Conker’s new platformer, which is appropriately named Conkers Big Reunion. 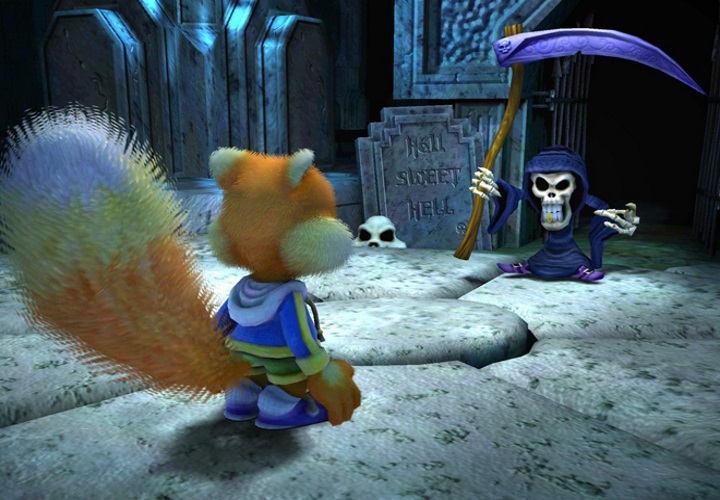 If you asked someone to explain what the personification of death looks like, it would be highly likely they would not expect to see a two foot tall scythe wielding skeleton, with a high pitched voice and a strong hatred of cats. The first time that you lose a life in game, you are taken to Greg’s domain, and he bluntly explains the rules of death and rebirth to you. Even if the new game does not feature a lives system, it would be nice to have a cameo from this character to give a remark about how death used to be relevant, and then curse the existence of every feline in the world. 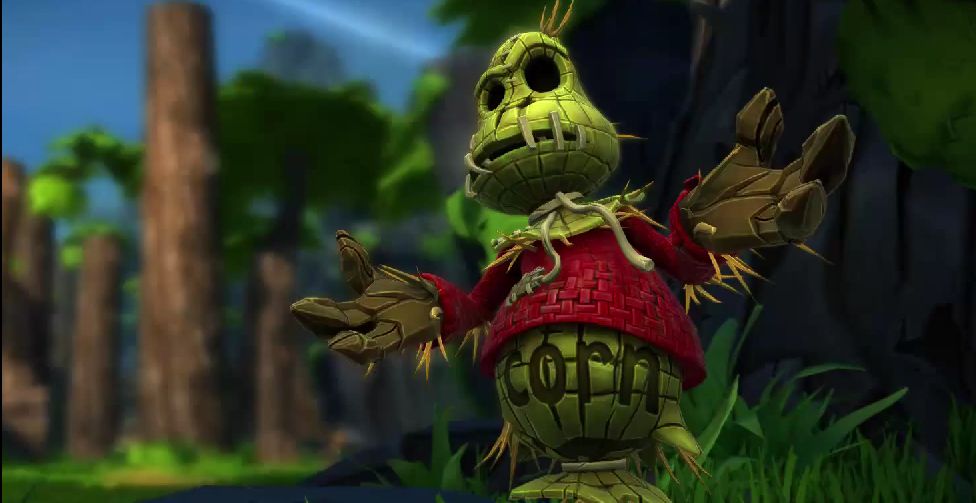 Aside from Conker, this alcoholic scarecrow is the only character that is guaranteed to return, as he was seen in the teaser trailer released last month. He was only present in the tutorial section of the game, but learning the usage of the context sensitive button has never been more entertaining. Especially when Conker produces a bottle of beer, or some Alka-Seltzer to instantly cure his hangover. If there is a tutorial section in this game, it would be great for Birdy to be a part of it, even if he is only used for target practice for your weapons. 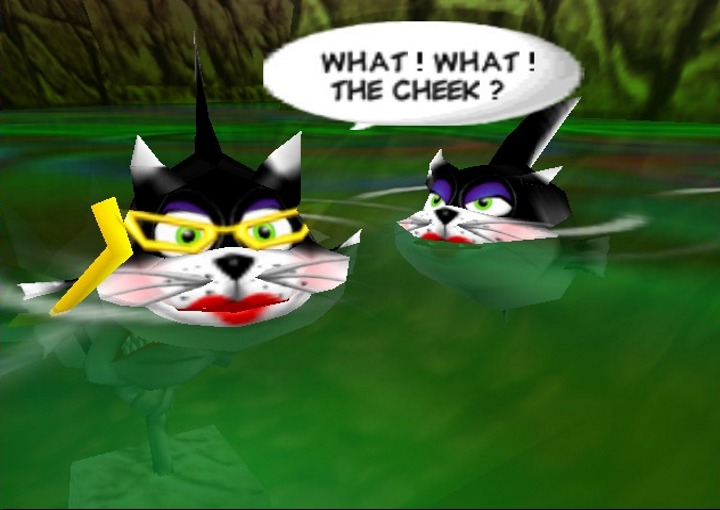 These female aristocratic hybrids are more upper class than a plate of caviar, and they are just as rotten if treated the wrong way. When Conker retrieved their money from their safe, they gave him a very small cut of their “fortune” which caused Conker to take everything. Before they could protest further, they were eaten by a dogfish who had broken his chains. It is debatable whether this is ironic or cosmic justice, but it definitely adds comedic value to the proceedings. As cats supposedly have nine lives, it would not be completely out of the question for these ladies to return, and ask Conker to perform impossible tasks for little pay out at the end of it. 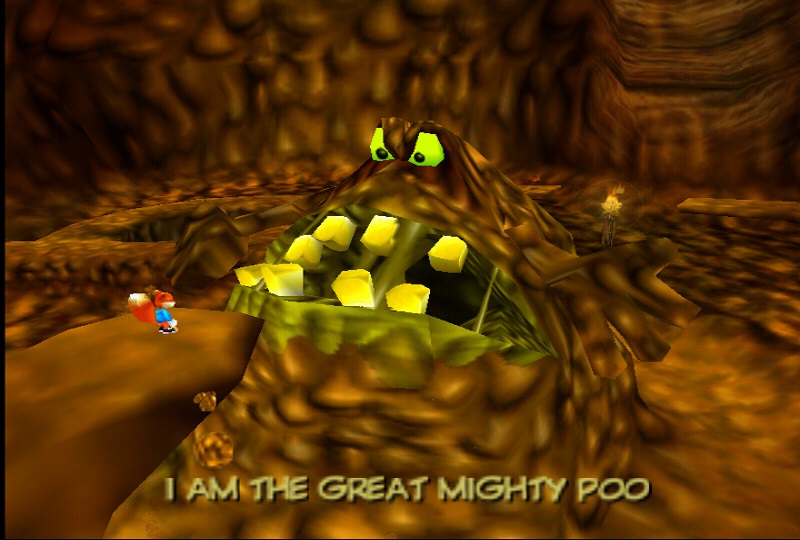 Boss characters are often forgotten throughout the course of game once defeated. On occasion, there may be a small reference or a quip regarding their lack of ability, but this is one larger enemy that I would love to see as a returning element. Aside from the fact he is literally a ball of poo, the boss literally sings an aria to introduce himself, and to try and stop Conker from attacking him further is quite simply ingenious. In Bad Fur Day, he was flushed away into whatever functions as a sewer, but to see a small reference or a return of this character would be highly appreciated, simply because he is completely unique despite the toilet humour. 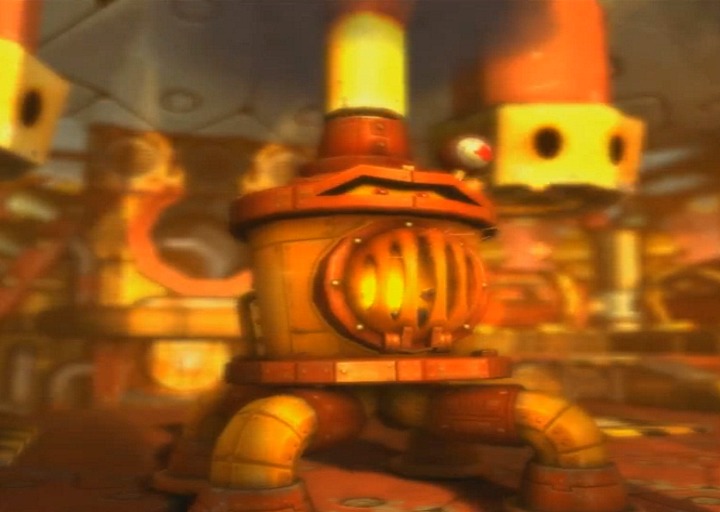 Possibly one of the crudest boss battles I have ever seen, with exception given to the Great Mighty Poo. Spouting a British accent, The Big Big Guy is a boiler controlled by two imps who have an obsession with causing mischief and igniting their own farts. Aside from this, the only way to defeat him is to use a pair of bricks to hit a pair of solid brass balls, which happen to be very sensitive attachments for the boss character. The Boiler would probably be one of the easiest characters to resurrect as he is a sentient machine, so upgrading the characters hardware for the purposes of getting revenge is a concept that would be highly enjoyable to watch.

Do you have a favourite character from Conker’s Bad Fur Day you would like to see in Conker’s Big Reunion when it is released next week? Let us know what you think in the comments below.