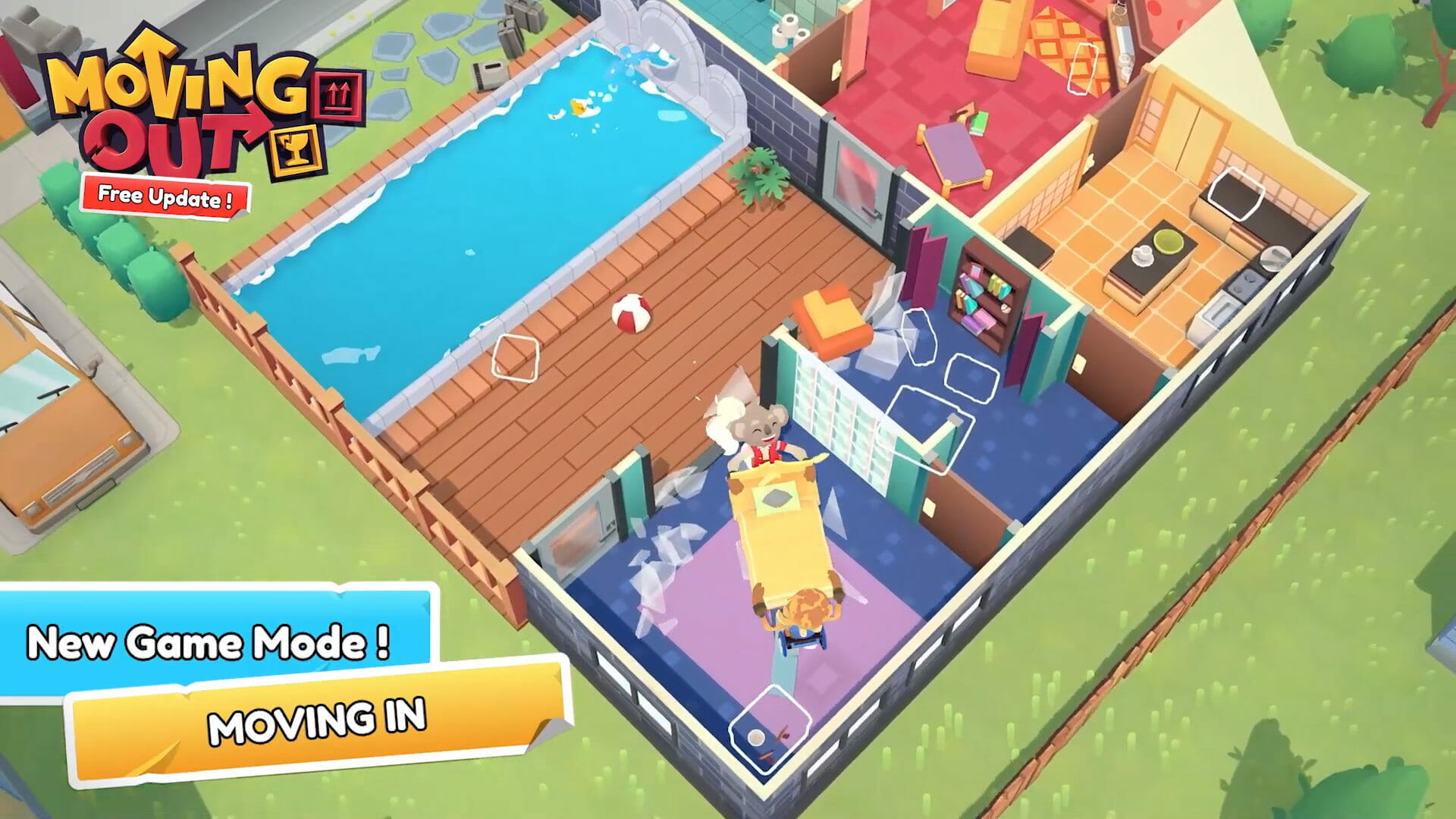 Team 17’s house moving simulator Moving Out was acclaimed by gamers and critics alike when it was released in April 2020. With its fast-paced gameplay and tongue in cheek comedic tone, it has quickly become one of the company’s fastest selling titles. Earlier this week, Team 17 announced that an all-new mode will be added to the game, in which you now have to place furniture and items inside the house.

The new update, appropriately named Moving In, is currently in development and will be free for all owners of the game, both past and present. The update will also include new areas that are specifically focused on the new gameplay mechanic, as well as replaying older levels with the additional gameplay rules. As if this were not enough, the developers have announced that new dancing animations will be added to your mover’s repertoire.

Moving Out is available now for PC, PS4, Xbox One and Nintendo Switch. If you are interested in seeing more about the game, be sure to visit the official game page on the SMG Studio’s website, watch the new trailer for the update that has been posted below or read the previous coverage we have posted regarding new releases.