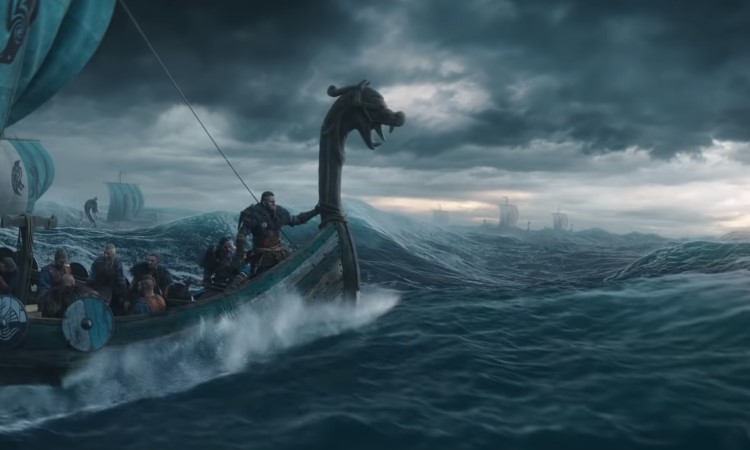 Welcome back sons of Odin. Ubisoft has recently announced Assassin’s Creed Valhalla and the next chapter of the story. Join us as we delve into the Viking world and the details that has been revealed so far. Embark the longboats!

The Setting and Narrative

So, as the title of the upcoming game suggests the new setting will include the Viking clans from Norway. It will also follow said clans to 9th century warring England. But, it will not be met without resistance. General rule of thumb, claiming lands off another is not going to be welcomed with open arms.

By leading your clan, you will establish a new life on new shores. Warm the bones from the icy lands from which you came with a more inviting, yet often rainy, prospect to live from. You will have to protect your people from lords and armies that also inhabit these lands however. Will you keep the fire inside your people burning? Or will you people be dowsed like finger tips to a candle?

As mentioned above, managing your settlement is going to be a major feature in Assassin’s Creed Valhalla. Protecting the lives and well being of your people will take president in this title. But, you can also lead raids on Saxon armies and fortresses, broker alliances with other leaders, as well as a plethora of other activities.

Speaking of other activities, there is plenty to do. Why not upgrade your settlement to don yourself with a intimidating tattoo? Participate in hunting for your settlement; drink other members under the table; or why not try Flyting, a Viking rap battle apparently. Another cool feature will be to create your own Viking raider of which players can share and recruit for their party.

So, this new installment to the critically acclaimed Assassin’s Creed franchise is looking to be a killer of a ride. It is looking for a 2020 holiday release in time for the next gen console era release. The game has been tipped to be released on PS4, PS5, Xbox One, Xbox Series X, the Epic Games Store, Ubisoft Uplay, as well as for Google Stadia.

What are your first thoughts on the reveal and first details? Let us know in the comment section below. You can find the official AC Valhalla website here. Stay tuned for more news, reviews, and guides. Until next time, smile and game!