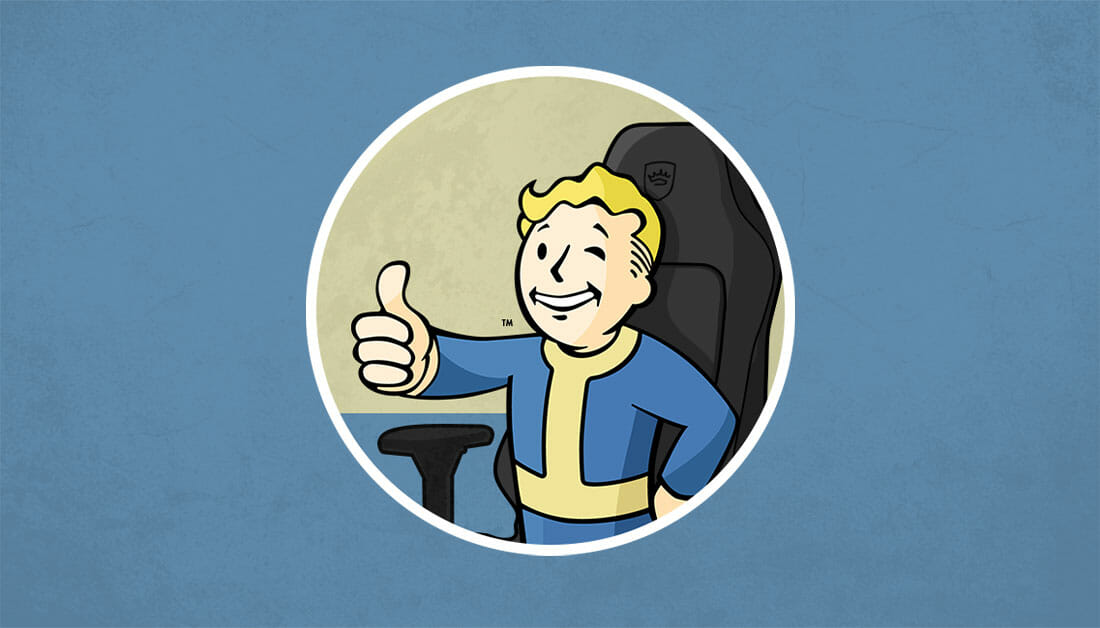 It’s happened, noblechairs has partnered with Bethesda to bring a piece of the Vault into your gaming space.

The partnership will see the release of a Fallout themed chair but also more chairs in progress under Bethesda’s other IPs such as Elder Scrolls, DOOM, RAGE and Wolfenstein.

The final designs for the chairs are currently still in progress but noblechairs have released a concept of the Fallout chair which looks pretty cool as it stands.

The Fallout chair is expected to be released sometime in Q2 of this year and will then be followed by a DOOM themed chair shortly after. No concept of the DOOM chair has been released but it has been described as ‘military green with accents and the DOOM logo in white stitching and DOOM slayers logo on the rear’.

Bethesda is one of the industry’s most respected and accomplished game studios in the world. A partnership with a global high-end gaming chair brand is a great match for those who want to play games in comfort. I’m looking forward to seeing the final designs in the flesh, rip and tear!

More follow up announcements will come to confirm designs for each of the franchise chairs, release dates and pricing.

Fallout 76 Xbox One Beta Start/End Times, How to Get a Code & What You Need to Know
Powered by Magic