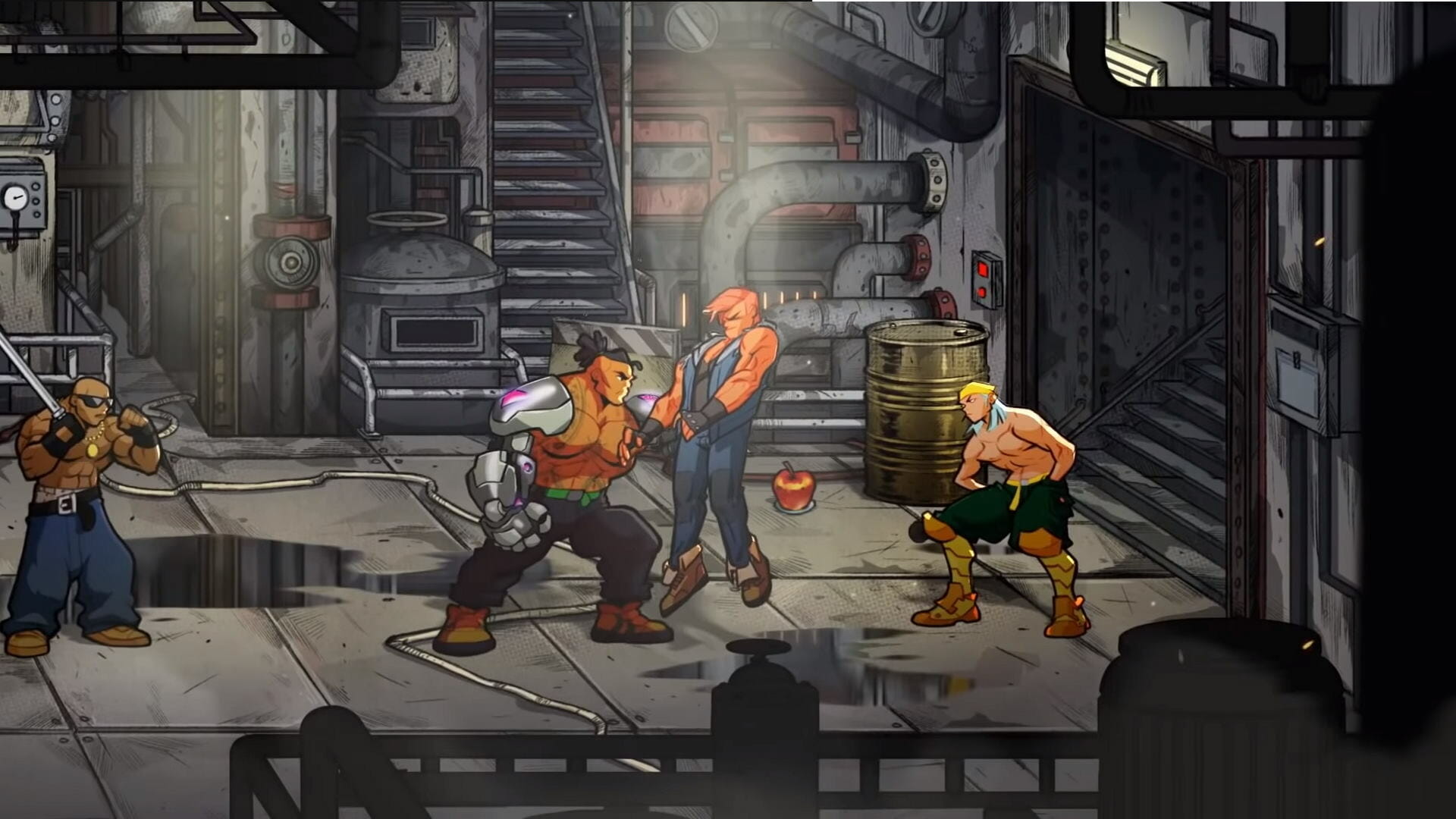 Fans of the golden age of 16 bit gaming will be pleased to know that the twenty six year wait for Streets of Rage 4, the next entry in SEGA’s side scrolling beat-em-up franchise has almost come to an end. In order to keep us interested, Dotemu and Lizardcube have decided to release the fifth and final character that will be joining Axel, Blaze, Adam and Cherry on their vigilante missions.

Floyd Iraia is an entirely new character who seems to be a mixture of the muscular bodyguard Max Thunder from Streets of Rage 2, and the cybernetic double agent Dr Zan from Streets of Rage 3. His immense body size and strength will allow him to take down enemies with ease, but due to his physical characteristics, his movement speed is slightly slower than the other four playable characters.

In a first for the Streets of Rage series, all versions of Streets of Rage 4 will also include four player local co-op play, as well as two player online co-op for anyone who wants to take to the streets online. It is possible that the multiplayer function will also be compatible with Steam’s Remote Play Together feature, allowing for four player co-operative play via online modes as well as using the local alternatives.

Streets of Rage 4 is set to be released in Spring 2020 for PS4, Xbox One, Nintendo Switch and PC. If you are interested in finding out more about the game, be sure to visit the official website, watch the new trailer provided below, and stay tuned to VGU for more news about the game as it arrives.