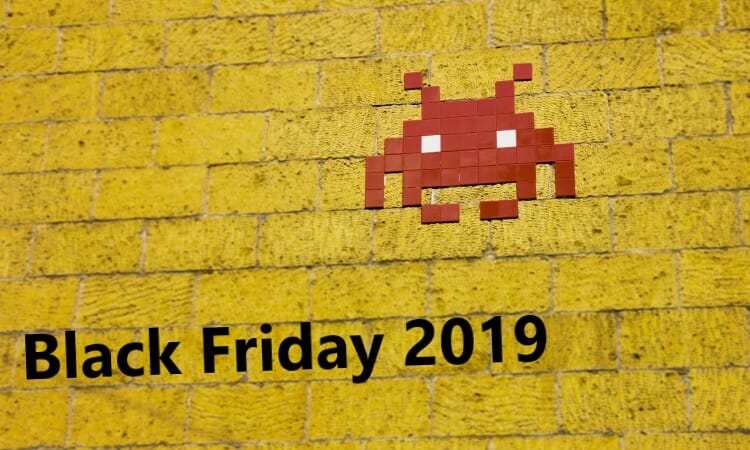 Welcome back deal hunters and avid gamers. Black Friday 2019 is vastly approaching. With it comes some wonderful prospects to enhance your gaming library. Join us as we give a brief overview of the top deals from the Epic Games and Steam stores.

Up first is the Epic Games store. This is the platform that hosts the Unreal Engine and all the wonderful developments that come from it. Not only that but, a selection of games and deals bless us in its storefront. So what are some of the top deals from Epic Games? Let’s have a look!

Journey across the wild west as part of a gang fleeing the law and bounty hunters. Immerse yourself in stunning visuals and an open world on an epic scale. Will you keep true to the gang that raised you? or will you set out on your own ideals? A hit story at a great price!

Explore the galaxy in this years hit single-player first-person sci-fi RPG. Drive the story your way as each decision will affect your character, companions, and how events develop. Encounter various factions vying for power and the delicate politics surrounding each location. You can also customise your character the way you want with perks and flaws to play your way. Who will you become?

One of the years biggest hits and long-awaited games, Borderlands 3 is also on sale! Boasting over a bazillion guns, you can blast your way through new worlds as four new vault hunters. Whether you like to pound the enemy into submission with heavy firepower of a mech or control a menagerie of creatures, there is a vault hunter for everyone. Take the fight to the Calypso twins and prevent them from claiming the ultimate power of the universe. Oh, and loot everything!

Another great place to find top deals for PC is the Steam Store. Take your library to the next level and invest in some seriously good stories and fun titles.

The next action pact title in a franchise spanning over a decade. Gears 5 puts you in the shoes of Kait Diaz in a battle against an enemy that threatens humanity itself, The Swarm. They have corrupted the robot army used by the Coalition and is now endangering the human populace. Fight your way through the hordes and save what is left of the world. There are also 3 more game modes with a map builder to boot!

If you like gruellingly hard but rewarding titles and require you to get good then The Surge 2 is for you. Try to survive in Jericho City by enhancing your character with the parts of your enemies. Uncover how the city has plunged into chaos whilst enduring vicious fights against a plethora of enemies in unforgiving combat. Can you survive? And how will you build your character?

First releasing in 1991, the Civilization series has captured several generations of gamers. The latest iteration offers 20 historical leaders trying to stand the test of time. Build your an empire from humble beginnings to grand, world-spanning legacies. By upgrading technology, building culture, and developing your armies, can you stand the test of time?

And there we have it. There are a plethora of titles available on both platforms. What deals and titles are you going to claim for your ever-expanding libraries? The Epic Games deals will last until the 2nd of December and the Steam Store deals with last until the 3rd of December so don’t wait too long! Let us know in the comments below your favourite deal so far. Stay tuned for more news, reviews, and guides. Until next time, smile and game!