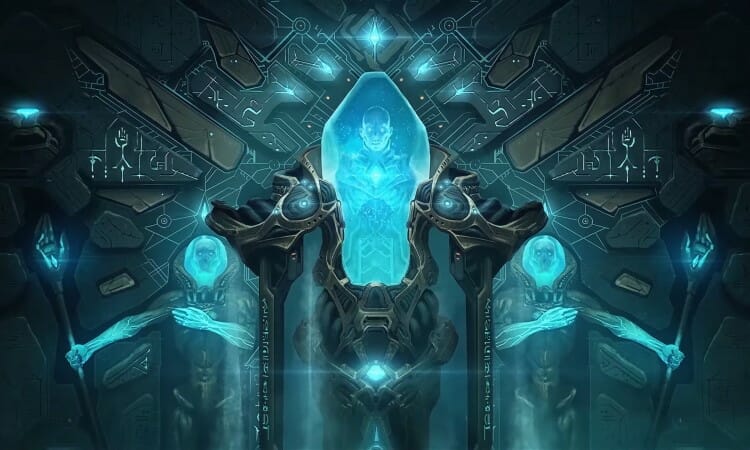 Welcome back avid gamers. PDXCON 2019 graced the world this weekend with new titles and new content for existing ones. Join us as we break down the awesome reveals of the event. So, get ready to mark your calender’s and brush up your skills. Let’s see whats on the horizon!

First up is Age of Wonders: Planetfall and its first expansion Revelations. A game that launched in August 2019, this title is already being granted an expansion for players to feast upon. In this expansion players will gain oodles of new features. With this the story unfolds with the return of an entombed dynasty called the Es’Teq who wish to establish divine rule across the galaxy.

Key features include new sites to explore and reaps rewards from; two new campaigns guiding your through the awakening of the Es’Teq dynasty totally over 10 hours of gameplay; new Heriot Secret Tech that drains enemies to fuel abilities, create entropy weapons, and summon new units; a challenging new Tomb World Scenario where the Heritor wreak destruction; the new ‘The Forgotten’ NPC faction who are castaway Heritor who were never meant to be resurrected; new hostile threats living in the world; and new locations, pickups, and mechanics such as Imperial Defense and Firestorm Missile Solos.

Next up we have the Battletech franchise and the latest expansion: Heavy Metal. This expansion will release in November 2019 too, more specifically on the 21st for £15.99/€19.99/$19.99. It aims to bring new life and enjoyment to the turn based strategy title. It will be available on Steam and the Paradox Launcher for Linux, Mac, and Windows.

New features include an original and 7 classic BattleMech designs for players to customise; new weapons systems including a mortar area of effect and beam generators; and a mini-campaign to take on two legendary characters from the lore.

Progressing from the marvelous success of the Surviving franchise with Surviving Mars, more details of the next title Surviving The Aftermath was revealed. To be released late 2020 on Epic Games Store, Steam, Xbox One, and PS4, this plunges the player in a post apocalyptic world. Here you are to manage your survivors and their colony post world disaster. Its currently in Early Access on the Epic Games Store and the community are encouraged to help shape the game with feedback and testing.

Features of the game include managing an expanding colony with resources, exploration, and security to consider; a procedural generated world with multiple biomes that all come with different resources and threats; recruitment options to fill the ranks of the your colony with talented specialist in hopes for survival; moral choices to make that affects the future of your colony; and the ability to mod the game using Paradox Mods. Future updates to the Early Access will provide diplomacy and combat between colonies as well as additions to tech trees and more end game content. Definitely one to watch!

For the Hearts of Iron IV fans, you will be getting an expansion too! This will primarily focus on espionage and the French Resistance. Not only that but included in its release will be a significant update for all players that will rework several systems. This include the resistance system, and improvements to the interface. No release date has been given as of yet but, the seeds have been planted for the future of France!

The features of the La Resistance expansion will be new focus trees for France for both Free France and Vichy Regime; a more in depth Spanish campaign both the Republican and Nationalist Spain; greater specialisation for espionage  and information warfare; the ability to support resistances to damage enemies; the use of your agents to create collaboration governments; introduction of code crackers; and new recon units to gain vital information on nearby areas.

For those who a positively mad about Prison Architect, a new Warden Edition of the Psych Ward expansion will cause a riot on November 21st 2019. For just £4.79/€5.99/$5.99 for PC, this addition will breath new live into the Prison management title. For the console enthusiasts, they will gain additional features that will update the base instead.

Features of the Psych Ward include new inmate behaviours and needs; new teams to help inmates such as Psychiatrists to keep rehab a possibility; private counseling for criminally insane inmates with upgradable options for the related offices; new options for building such as padded walls and walls for the insane; and more items for the criminals to potentially steal such as wonderful gold pocket watches and other contraband. This will be followed by another expansion in 2020 which will allow the construction of prisons on islands. Can’t get away now… right?

Another standalone is on the way in 2020. This will be a sequel to the Crusader Kings franchise with Crusader Kings III. Much like the previous titles, it surrounds conquest, political intrigue, the influence of religion, and drama both political and personal. It is tipped to enhance the experience of players with richer content that the previous titles. This will include detailed 3D character models and enhancing the map. Because of this announcement, they also mentioned that Crusader Kings II is now free to play. Bonus!

Features of the title itself will include shaping the destiny through characters throughout history; the ability to change history with politics, family affairs, religion, and conquest; the constant quest to build and uphold a great kingdom to make your inferiors tremble; experience fictional stories develop such as plots against you; in game advice on how you could shape your future and the paths your could take; and manage the delicate politics of your council and lands via marriage and deals to keep the realm stable. More details of the game will grace us in due time.

Lastly, there are some stellar things on the way for Stellaris. There is not 1 but 2 additions coming to the space empire management game. First up is Federations and the diplomacy centered content. Secondly it the Lithoids species pack for players to unearth and play with. The Lithoids will come out of hyperspace October 24th 2019 for £5.79/€7.99/$7.99 and the Federation will come together later on in the year.

Features of the Federation expansion include creating a diplomatic hold with other races to form Trade Leagues, Martial Alliances, and Hegemony; creation of a galactic senate to push policies and legislation with intrigue naturally running alongside them; greater empire origins for greater flavour and conditions to start with; and new projects for your empire to majestically craft like starbases and mega shipyards. As for the Lithoids, there is nothing more to say that you get to rock out with a new down to earth species who can colonise anywhere. Definitely don’t take them for granite!

And that is your lot! An amazing PDXCON 2019 that will keep many fans excited and occupied with wonderful expansions and titles. What is your favourite announcement? Let us know in the comment section below. Stay tuned for more news, reviews, and guides. Until next time, smile and game!