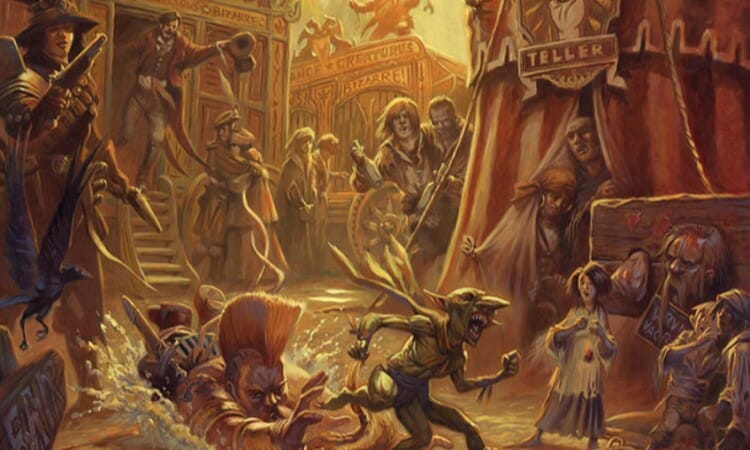 Welcome back tabletop roleplayers. Are you looking for your next adventure? Are your ready to embark on another gripping tale with your party? Well, the wonderful team at Cubicle 7 Entertainment have recently released the Enemy in Shadows for the Warhammer FRP franchise. So, grab those dice, ready your character sheets, and let’s have a peak at what you get!

Cubicle 7 Entertainment are the talented minds behind tabletop RPGs such as Adventures In Middle Earth, Doctor Who RPG, and the Lone Wolf Adventure Game. They also create vibrant adventures for the Warhammer titles and franchises of 40k, Age of Sigmar, as well as the Fantasy Role Play title.

The Warhammer FRP 4th edition core book and re-released starter set graced the roleplaying scene within recent years. It plunged players into a grim and dark setting of The Old World. Corruption, horrifying creatures, and constant threats to the Empire from dark powers flesh out this world. By creating/selecting your hero, or anti-hero, you can party up with your friends to take on pre-made adventures acquiring loot and fame along the way. You can even create your own campaign.

Now, another adventure awaits your group. The power of Tzeentch, Changer of Ways, is spreading its dark powers through the Empire and the towns of Reikland. In this revised and updated campaign by legendary WFRP author Graeme Davis, the players are tasked to stem the corruption. With every quest and decision, your party can change the fate of the Empire.

So, are you ready for another adventure? If you are, why don’t you visit the official Cubicle 7 store and plan you next night in with friends? You can also pre-order your physical copies for when they release in the first quarter of 2020. All pre-orders of the physical edition will include the PDF version as well so you can play straight away! What characters will you be playing? Let us know in the comments below. Stay tuned for more news, reviews, and guides. Until next time, smile and game!