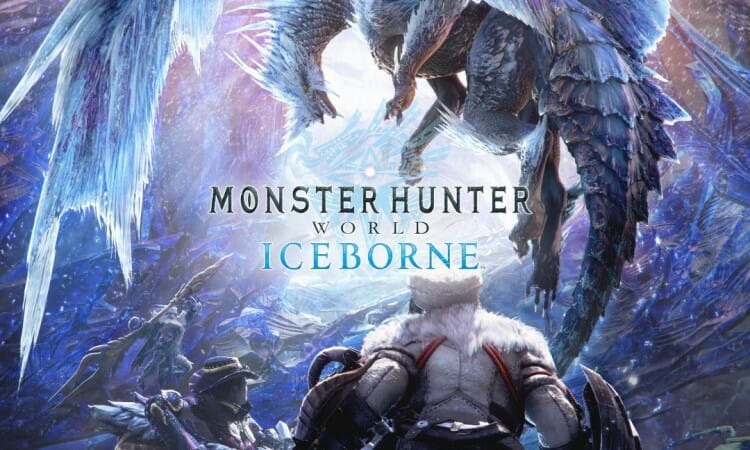 Welcome back hunters. With Monster Hunter World: Iceborne just over a month away the reveals are coming think and fast. This time, the team have presented to us some more of the sub-species of monsters you can hunt in the expansion. So, let’s take a look and gain a few early tactics against such monsters!

Originally found in the Ancient Forest, the Tobi-Kadachi was a new monster introduced in Monster Hunter World. Resembling a scaled flying ferret snake, this monster is very agile and wields electric based attacks. From jumping off trees, slamming you with a back flip tail slam, to performing area tail swipes charged with electricity, this monsters is very fun to fight.

In Iceborne, it gains a sub-species. Sub-species are variants of a monster that retain most of its features but gains new ones. The Viper Tobi-Kadachi, donning darker scales tipped with browns and oranges, is a deadly spin on the monster. It loses its lightning essences but gains vicious poison based attacks. This is not only poison but Deadly Poison. If caught, this condition will sap you health away as a much greater rate.

There are a few things you can do to prepare and combat the Viper. The obvious one is Antidotes, Herbal Medicine, and/or Herbal Powder for party coverage. Ridding yourself of the Deadly Poison quick is a must. When hunting with a party, the Wide Range skill can effectively keep a tabs on your team when you use consumable items. It is unsure whether the Poison Resistance skill will work against this stronger version. If it does, when the game comes out, then great. You can take that too. If not, there is a good chance that a Deadly Poison Resistance skill will become available to aid in your endevours.

Next up is the Paolumu. Found in the Coral Highlands, this fluffy flying mouse seems all cute and cuddly but you will be mistaken for thinking so. There is a sack around its neck that can inflate allowing for some seriously powerful sonic based attacked. And, when it inflates and starts flying, the aerial assaults can catch a few hunters off guard.

The new sub-species for the flying mouse wyvern is called the Nightshade Paolumu. This variant possesses a lovely new fur coat of dark blues, purples, and spots of red. Apart from the colour scheme, which is one of our favourites so far, it also gains some new strings to its bow. The sonic attacks from before are now twisted into Sleep based moves. Being able to manipulate air pressure, you can be sure that Nightshade will make use of any sleep clouds it creates to knock out any daring hunter.

To combat this you can utilise a few tactics. First of all, Energy Drinks. You have just enough time to drink before you fall asleep if caught in a sleep cloud. Saving it to a dedicated spot on the Radial Wheel can save you crucial seconds instead of scrolling through your inventory. Another tactics is to equip Sleep Resistance skills to stave off the condition.

Lastly, we have one of the coolest creations from the team in our opinion, the Pukie-Pukie. This was one of the first monsters you encounter in the base game when exploring the first area, the Ancient Forest. Resembling a flying chameleon, this vibrantly colour wyvern sports an array of poison based attacks as well as a whippingly long tongue. Antidotes, Herbal Medicine, and Poison Resistance is common in this fight.

For the sub-species, you might be under a bit more pressure with the Coral Pukie-Pukie. Jet pressure that is! Gone are the vibrant green and warm blue scales and are replaced with even warmer yellows, oranges, and reds. Any change is it loses its poison based attacks. But, don’t celebrate just yet. It gains the power of the fire hose! That’s right, the jet washing Pukie-Pukie is upon us. It can stock itself up on the waters from the Coral and unleash powerful jet streams from itself tail upon hunters which also inflicts Water Blight. Do you have the stamina for this fight?

The combat the new array of attacks try these few tips. It is a good idea practice your spacing. With the jet streams blasting over a great portion of the battlefield, knowing when to roll, spotting safe zones, and even knowing when blocking is an option is very useful. When comfortable with this, you will more effectively be able to land more hits whilst taking fewer. As for Waterblight, Nulberry, Cleanser Booster for team coverage, or have 20+ Water Resistance can make sure you recover your stamina at a normal rate.

And that’s you lot for now. What is your favourite of the 3 new sub-species? Viper Ferret, Sleepy Mouse, or Jet Wash Chameleon? Let us know in the comments below. Stay tuned for more news, previews, and guides. Until next time, smile and game!