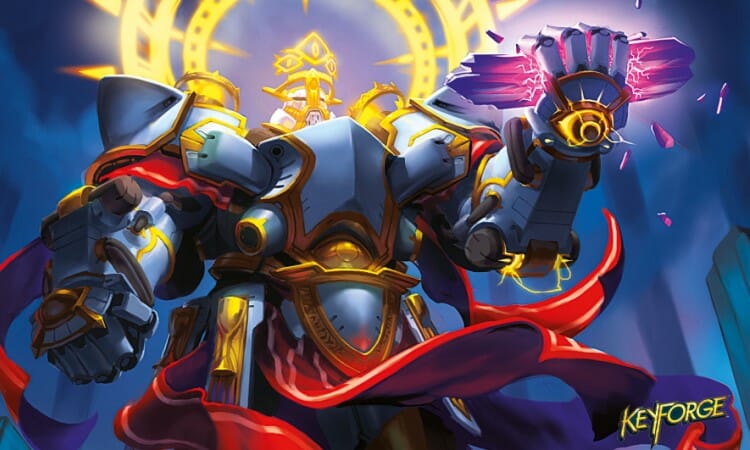 Welcome back card game players. With the UK Games Expo in full swing, Fantasy Flight Games have released the expansion to their Unique Card Game KeyForge. Just us as we explore what the game is and why you should look into the expansion Age of Ascension.

KeyForge is card game like no other. Each player takes the role of an Archon; you are tasked with journeying through the ancient, artificial planet called the Crucible. The Crucible is constantly changing by the Architects that harvest worlds for resources. As an Archon, you are a powerful being with followers who is seeking out hidden vaults that contain power and knowledge of the Architects. You go about this by using Amber-Forged Keys.

Flavour aside, Keyforged is a two player card game. You win by unlocking the vault by gathering three amber keys. You can play cards that generate amber that can be used to forge the keys. Each player has options to manipulate each other’s amber stores in hopes of forgings keys first.

Another feature of this game is that it’s the world’s first Unique Card Game. Designed by the amazing Richard Garfield who created the globally popular card game Magic: The Gathering, KeyForge boasts to have 104 quadrillion possible decks. Each deck that you can acquire is unique so not one deck will be the same. Each battle for amber will not be the same with such decks. Very exciting!

Why should you pick up Age of Ascension Starter Set?

If KeyForge is tantalising your gaming taste buds thus far then the starter deck might be something you want to check out. It acts to serve as a starting point or as an expansion to an existing collection with a 204 card pool over two decks, rules, playmats, and all the tokens to play the game. All this is for under £30! It’s not often that a full two-player game with endless fun and possibility is presented in a wonderful package.

If you really get into it, there is also organised play. Take your game and face off against other fans of KeyForge. Pit your skills and cards against one another and claim the day, become victorious with the possibility for prizes. The only thing left to do at this point is to grab a friend or two or three, grab some decks, and start your journey across the Crucible. Your destiny as an Archon awaits with the power and knowledge locked in the Vaults ripe for the picking.

And that’s your lot! What is your favourite part of the game? And what are you favourite cards? Let us know in the comments below. You can find more details for the game on the official store. Stay tuned for more reviews, news, and guides. Until next time, smile and game! 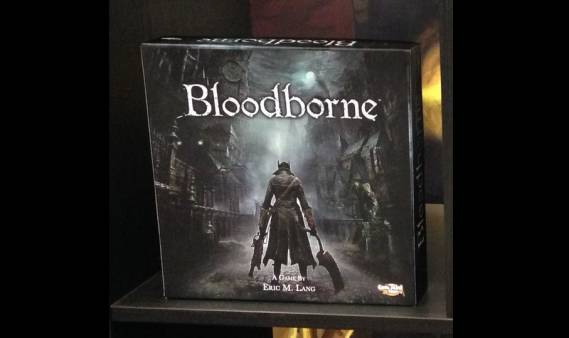 Bloodborne Is Getting Its Own Card Game
Powered by Magic