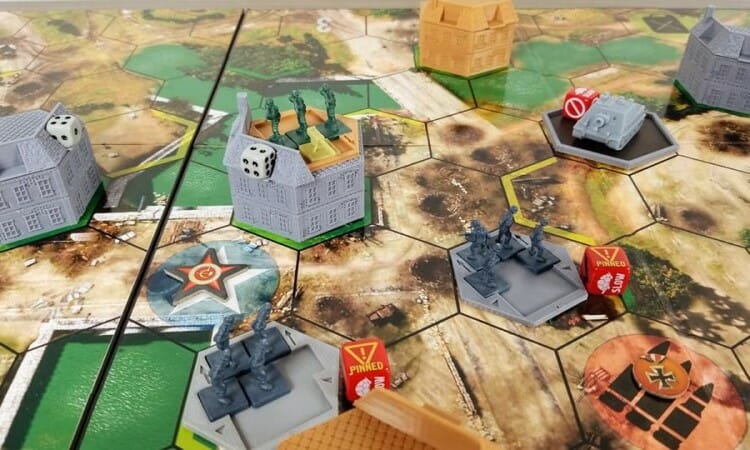 Welcome back war heroes. If you are a fan of the Company of Heroes franchise from Relic Entertainment but also like board games then the most recent news will excite you. A board game for the same franchise in the works! Join us as we have a little look on what to expect.

The Company of heroes franchise debuted over a decade ago. The real-time strategy game blasted onto PC and provided a second world war experience whereby players aimed to capture resources, upgrade their units, and ultimately defeat their foes with their growing war machine. With both a single player campaign and a multiplayer mode, the game won multiple well deserved awards for the best strategy game of the year.

Now, many years later, war is upon once more. But, this time taking over your living room. The Company of Heroes Board Game was recently announced with a kickstarter to follow at the end of this month (May 2019).  There social media account has already given some juicy details and images of what to expect.

From the reveals so far, most of the games systems seem to be returning just in board game form. The resources of manpower, fuel etc. can be seen on the game board, garrisons are present, as well as your HQ and commander abilities. It is sure to wow and entice all fans of the series with endless hours of warring fun. More details will most likely become available on their website in the coming weeks when the kickstarter becomes available.

And that is your lot for now. A very exiting prospect for Company of Heroes fans indeed. Let us know your thoughts of the game so far and what you think the kickstarter goals will be. Until next time, smile and game.