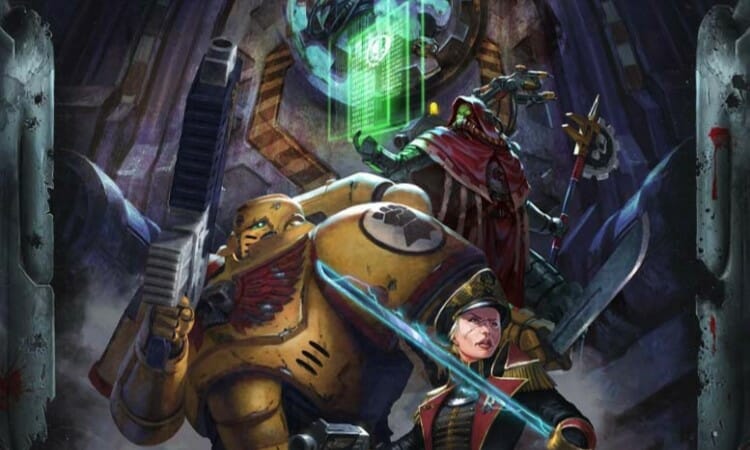 Welcome back table top roleplayers. We have some exciting news for all you Warhammer fans out there. Join us as we explore the recent announcements that Cubicle 7 Entertainment are to publish Warhammer 40k roleplaying games including a reprint of Wrath and Glory. There’s no time to waste, let’s get into the details!

We the most recent Warhammer Fest 2019 concluding the weekend of 11th of May, some exciting developments were presented. One of which was the announcement of Cubicle 7 would be publishing Warhmmer 40k roleplaying games.This will include a revision and reprint of Wrath and Glory. Coming from the same award winning company that currently produce tabletop RPGs such as Warhammer Fantasy Roleplay, Adventures to Middle-Earth, and the Doctor Who Roleplaying Game, it is safe to say the assets are in safe and experienced hands.

The Wrath and Glory game allows fans of the dark, epic, sci-fi fantasy to take on the roles of their own characters in a universe at war. These include the power armour bastions of the imperium Space Marines, a considerably less armoured Astra Militarum soldier, as well as alien races such as Orks and Aeldari etc.

Some of the adventures of the previous printing of Wrath and Glory included the reclamation of an ocean world called Charybdion. This was titled Dark Tides. Here, the party must stop dark forces by investigating the area, finding important characters, and fighting their way through the heart of the corruption.

There is no release date as of yet. However, the team is working hard to produce and release more juicy content to sink our teeth in to in the mean time. Warhammer FRP: Rouch Nights & Hard Days is due to be released soon providing more exciting scenarios, a new race and more activities to part take. Also, the  development of Age of Sigmar: Soulbound provides more content to play. It is still in its testing period but it is due to release between late this year to Spring next year.

Warhammer: FRP is currently available with the official rule book and starter set available on their store. If you haven’t done so already, you can read our preview of what you get in the starter set and perhaps explore the world yourself with your friends. Once the other titles are ready, they will also join its sibling on the store. An exciting prospect to look out for!

With so much on the horizon for RP gamers, we might need to book an extended holiday to indulge in it all! In the coming weeks and months, Cubicle 7 will be revealing more about their titles on their official website. Stay tuned for when they do and for more news, reviews, and guides. until next time, smile and game!