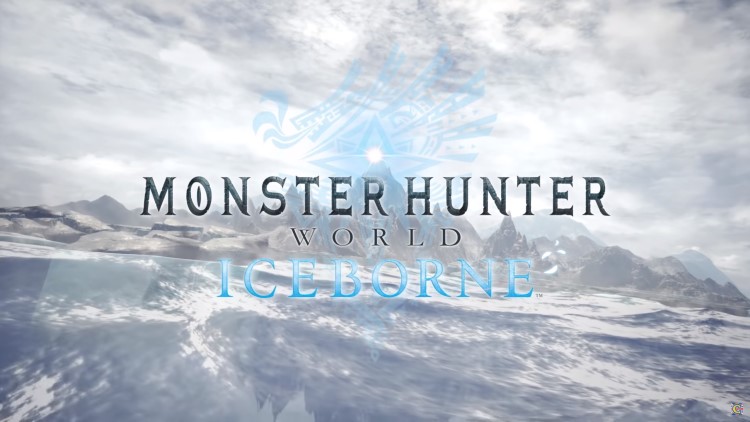 Welcome back hunters. With the Special Developer Update dropping yesterday, Capcom have announced the next phase in the adventure; Monster Hunter World: Iceborne! Join us as we breakdown the trailer and discuss what we can look forward with the games first expansion.

With the release of the game at the beginning of 2018, Monster Hunter World has taken fans new and old through a new adventure into the New World and Astera. With new monsters, gorgeous visuals, and exciting gameplay, players have had their fair share of content. Especially throughout the year Capcom have released oodles of free content to keep the hungry hunters happy. During the Special Developer Update, it was announced that the last of such content is upon the base game, however, a new adventure in the form of an expansion is on the horizon. So, let’s discuss the trailer above!

As seen in the trailer, Rathalos banks out of shot to reveal a chilly landmass full of icebergs, mountains, tundra plains, and a cool new logo (pun intended). As with previous titles, it is easy to predict the usage of Hot Drinks in this area lest face the prospect of severely hampered stamina. Ice Drinks for Volcanic areas have already made an appearance so, Ice Drinks are quite likely for the new area.

Also, there is a high probability of new environmental hazards for both player and monster. These might include slippery slopes, arctic winds, cracking floors, massive ice shards that can drop down, as well as avalanches. This will add more interesting gameplay and strategy options for players. And it will add even more feel and immersion for the game.

Onto possible monsters now. First of all is the shadowy presence of a highly likely Nacaruga. During the last section of the trailer, flashing red eyes and panther like growls are present in a cloud of smoke. These traits are typically associated with the fan favourite monster, the Nargcuga; a clawed, stealthy predator with agile reflexes and deadly assaults. An awesome tease and will be even more awesome if it makes it into the expansion on release.

Other monsters that could appear, considering the locale and previous titles are the follow. First of all, another fan favourite, Tigrex. This tiger striped, wyvern T-Rex is another favourite. Definitely hoping for this one. Also, big monsters to hunt such as the ice skating tundra hare Lagmbi, the flying saber tooth Barioth, the constricting and shard throwing snake Najarala, as well as the quadruped ice shark Zamtrios. All these monsters have been featured in previous titles and could appear in Iceborne. As for small monsters, the mammoth like Popo would be a lovely return to the screen.

Aside from the old monsters, what new monster could greet us on the frozen continent? There are a multitude of ideas and concepts that could emerge. For instance, a giant glacial crab that blows bubbles and wields deadly claws. Or, how about a another beast wyvern in the form of a bear that fishes, and attacks, with its long whip-like tail? There are countless possible monsters that could appear. One thing is for certain, expect a chilly adventure.

Lastly, the question has to be asked: will there be new elder dragons? The answer has to be a massive yes. It would be a little disappointing if there wasn’t an epic new elder to fight, or two, or three. It could be a battle between elders of ice and fire, not to draw upon cliches. Regardless, the lead up to the final boss can be epic. And, if the title logo is anything to go by, it might even be an icey wyvern snake. But, only time will tell.

Now, let us talk about the rewards for such ventures. Obtaining new gear to aid you in the fight for more fierce monsters is at the game’s core. In previous titles improved versions of existing equipment, both stats and look, have been a feature. This could easily transfer over into the new expansion. And with new monsters to fight, there will be plenty of stuff to craft.

If we look closely at the teaser image above there are four hunters. The first one, on the far left, is wearing something similar to, and could be crafted from, the Lagombi armour from a previous title. It could also be the starting armour for the area, for warmth’s sake. The second and furthest right hunters share qualities of the Anjanath and Giros set. As with previous games, better versions of existing equipment could find it’s way into Iceborne. For the third hunter, a very warm, viking look is upon us. This could be from a Popo, as mentioned above, or a potential new Moose monster, whether it be wildlife or a big hunt. Unfortunately, not much is given in terms of weapons but, only time will tell in this case.

Another point made in the update was the inclusion of new moves. This could go two directions. First off, the improvement of current weapons and combos. To include a new attack string to incorporate new environments, monster attacks and counters, as well as exciting new play styles could be on the books. The second is carrying over the special attacks from Monster Hunter Generations and even taking it further. Working towards new equipment and unlocking new moves dependent on monsters your hunt gives more goals for the players to achieve and more wow moments to witness. Very exciting!

Finally, the mentioning of a new rank will stir up the community. With the possibility of G-Rank, which is the next level in terms of monster difficulty, reward, and skill testing, is the first thing that comes to mind. It might not be called G-Rank, to be more inclusive of new players of the series but, it seems only natural to move into the same concepts as G-Rank. This will also allow an invigorated experience for the base game. It’s the perfect update to enhance previous content and push the new world.

And that’s you lot! The Iceborne expansion is tipped for an Autumn 2019 release. There will be more updates from the Monster Hunter World team in the new year time. It will be relased for PS4 and XBox One first with a later release for Steam. It will be available as both physical and digital paid editions. But, until next time, stay tuned for more news, reviews, previews, and guides. Smile and game!