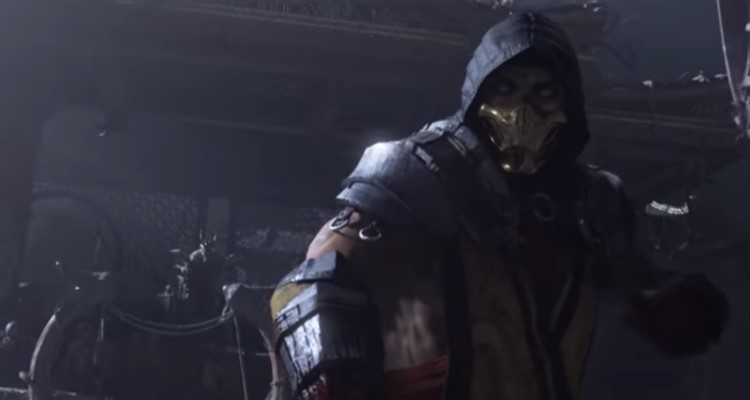 Welcome back beat em’ up fans. Were you one of the gore seekers and fatality reapers when Mortal Kombat X was released.

Do you thrive on every Kombo, bone crack, and drop of blood in the grand tournament of realms? Good news, The Game Awards have staged a new tournament for you to delve into. So, warm up those buttons, practice your Kombos, and let’s see what NetherRealm Studios have in store for us all!

Leaping back into the fray, NetherRealm Studios have emerged out of the shadows. Patiently waiting for the perfect opportunity to strike to appease the fans blood lust. Mortal Kombat 11 emerged onto the preview screen at The Game Awards with a cacophony of blows, crimson splashes, and sickening crunches.

Not only that but two dates where revealed as well as hints about the story.

In the announcement trailer, a seemingly Dark Raiden is fighting Scorpion with dead characters littering the area such as a possible Rain. The use of environmental weapons, including a Guan Dao polearm, and several signature moves were shown.

Also, the appearance of a Scorpion of a different time accompanied by an unknown figure caressing a somewhat divine hourglass suggests a time and/or dimension manipulation in the series once again. A tournament of the ages as well as the realms perhaps? Only time will tell.

The global release for Mortal Kombat 11 was revealed to be April 23rd 2019 with a community reveal event on the January 17th. Things are going to get very exciting for the new year with its lead up. Are you excited to get back onto the crimson tarnished stage?

Are you looking forward to executing a fatality or two again? Tell us what you think of the reveal in the comments below. And, as always, stay tuned for more news, reviews, previews, and guides. Until next time, smile and game!