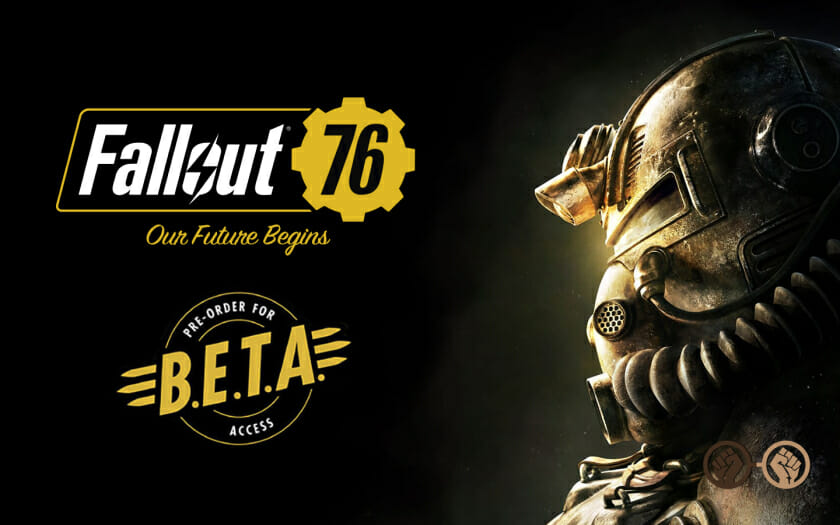 Ahead of the game’s release in November, Bethesda is running a beta and a stress test which the latter is exclusive to the Xbox One.

The first beta will also start early for Xbox One gamers on October 23rd with the other two platforms PlayStation 4 and PC is allowed access from October 30th, 2018.

On October 13th, 2018 though there is a limited Stress Test to prepare for the Beta launch and players who pre-ordered the game along with some from the Xbox Insider Program will be allowed early access to the Fallout 76 online world.

These two things do not give you guaranteed access however, you will need to check on the day of the Stress Test to see if you have been given the rights from the Xbox Insider program.

North America is also where the Stress Test is only being allowed and you will also need to have an active Xbox Gold membership. All participants will also be under strict NDA so that means you will not be able to talk about it or capture footage from the game and your progress will be wiped after it is over.

If you did not get into the stress test or you do not live in the US (like us sadly), then you can wait for the full beta which starts from October 23rd for Xbox and October 30th for PC and PS4. You can find out more on the beta from our Fallout 76 wiki on the beta.

The Xbox Insider Program is a free service for Xbox One owners that can sometimes get you early access to try out games and other things like firmware updates. You can find out more on how to sign up for it on the Xbox Insider website and maybe, just maybe you might get into the early Fallout 76 Stress Test.