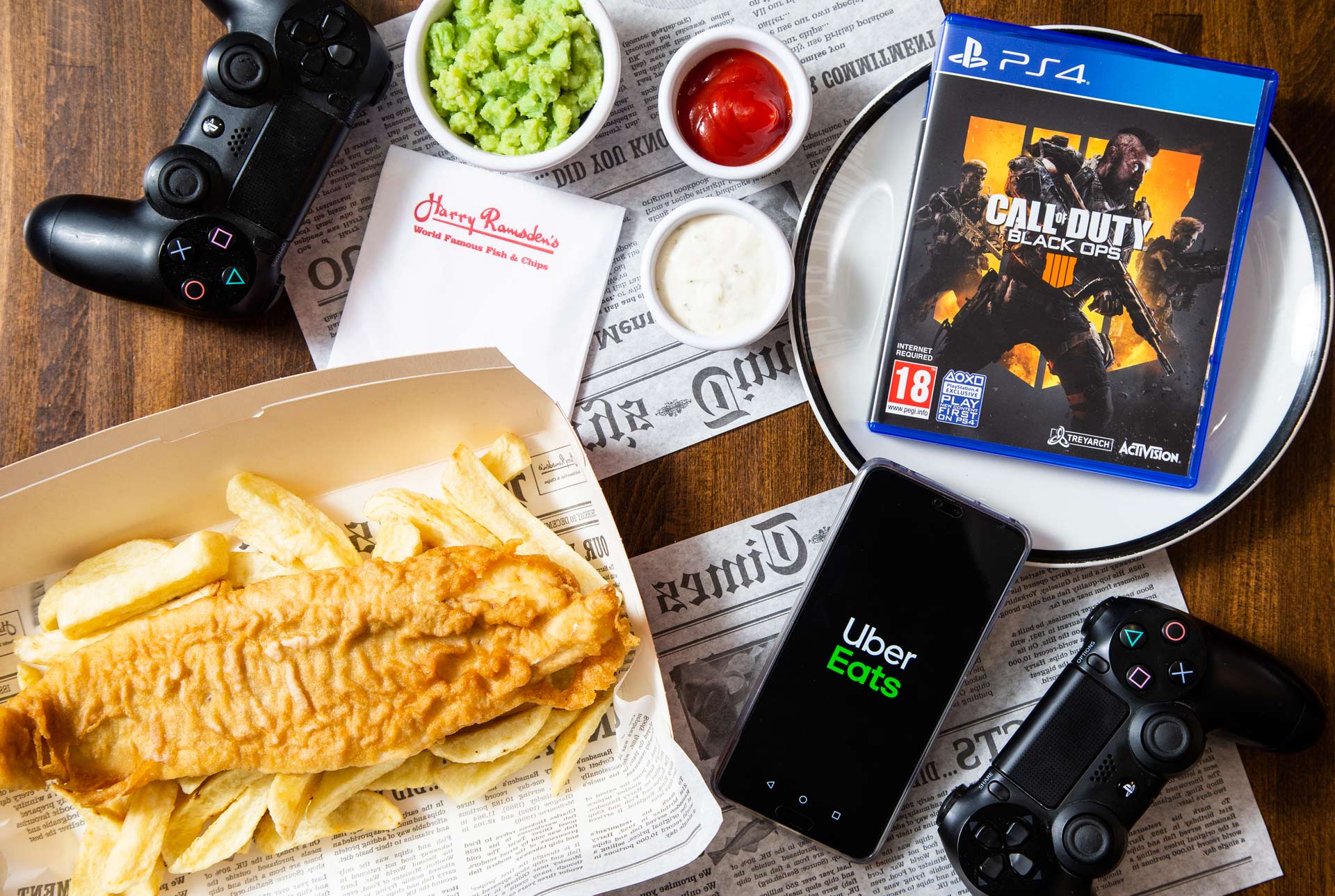 Activision’s Call of Duty has teamed up with Uber Eats to offer gamers a way of getting both the full game and fish and chips for just £7.99 this Friday.

An Uber Eats spokesperson says this is the reason for the deal.

“We know that gamers are hungry for any competitive advantage, so stopping to cook or go to the shops for food isn’t always an option. We wouldn’t want them to lose out from having to think about dinner with Call of Duty: Black Ops 4 just released, so we decided to provide portions of cod and chips, along with the game to give them more time to play!”

To get the deal gamers need to log into Uber Eats on Friday 12th October and order the Cod for COD bundle deal on the website from selected Harry Ramsden restaurants.

How long is the Cod for COD offer valid for?

The deal is going to be available until stocks last but is stated from 12th – 14th October.

We would suggest being there quick though as they won’t last that long.

These are the restaurants that are participating in the deal:

You can only get the deal on the Uber Eats app and the bundle deal contains a regular portion of cod and chips with the digital download code for the PS4 version of Call of Duty: Black Ops 4.