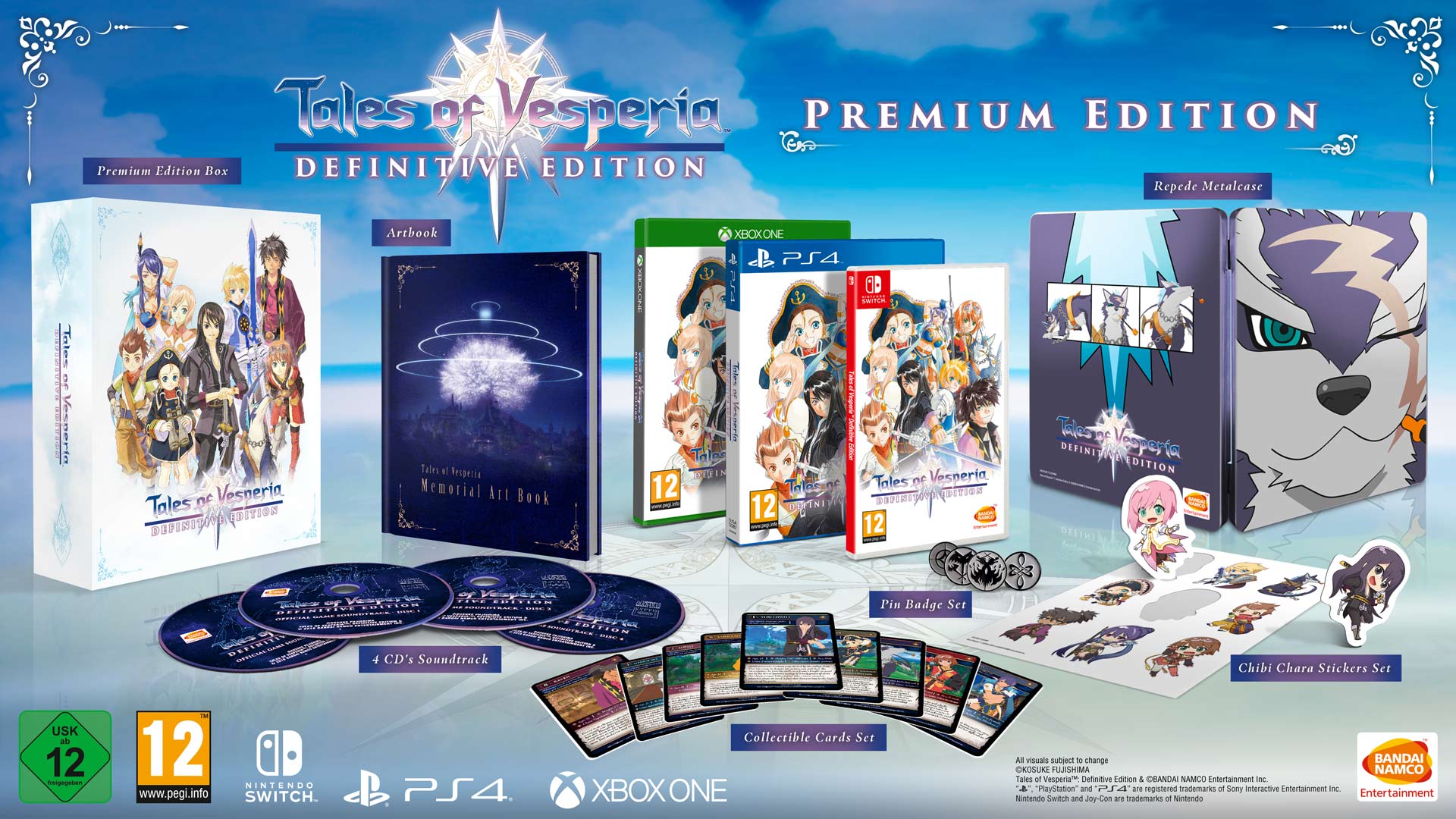 Bandai Namco announced that Tales of Vesperia will be coming to Europe as a Definitive Edition on January 11th, 2019. A collectable premium edition is also available to pre-order from today.

As with a lot of other Definitive edition, Tales of Vesperia comes as a new HD release with an up-scaled resolution, while also containing characters, events and costumes that were never featured in the original game outside of Japan.

In the premium edition, you’ll obtain a copy of the game along with a 4 CD  soundtrack, an art book, collectable card set, some pin badges and a Chibi Chara sticker set. Finally, you’ll also get a Repede Metal case all of which can be pre-ordered from selected retailers today.

Tales of Vesperia: Definitive Edition will be available for the Xbox One, PlayStation 4 system, Nintendo Switch and PC from January 11th, 2019. To find out more about the definitive edition or about pre-ordering the collector’s edition of the game head over to the Bandai Namco website.