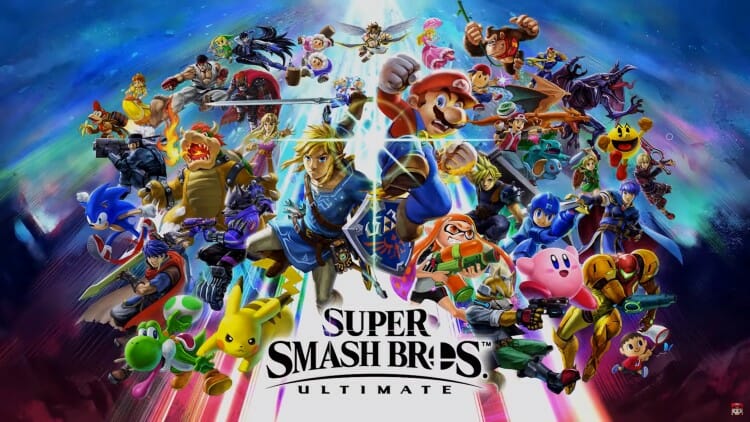 Welcome back avid gamers. With the world in the wake of E3 2018, we now follow the path of the announcements with eager excitement. Join us as we delve into one of Nintendo‘s reveals, Super Smash Bros Ultimate for the Switch and what you can expect from this legendary title.

No doubt, Super Smash Bros Ultimate was one of the most well received announcements at E3 2018 from Nintendo. The title coming to Switch is going to be a nice addition to the already flourishing console. For the reveal, 25 minutes of gameplay which can be found at the end of this article, information, and content to make the crowd roar throughout. But, what can we expect? We have broken down the major areas to give you the low down. So, let’s get started.

First of all we would like to delve into the roster for Ultimate. It would be easy to assume that core characters such as Mario, Sonic, Pikachu, and Link would return. But, what about the rest? With a number titles released since the last Super Smash Bros game, the potential candidates are numerous. Also, what about character additions post launch? There is a lot to think about. For now, below are the characters announced to be included on launch:

That is an impressive roster as it is. It has expanded upon an already established and loved selection built upon over the years. Most recent additions, from free updates to the previous version, Ryu, Cloud, and Bayonneta return which is lovely to see. But, what about future characters?

Potential characters could be the Hunters of Monster Hunter, Musashi from Sushi Striker, Tails and Knuckles from Sonic, the Boxers from ARMS, and Toad from Captain Toad. Other playable characters could even be the Doom Guy from Doom, Crash Bandicoot, Dovakin from Skyrim, more Final Fantasy characters such as Sephiroth, and even a LABO related character. Only time will tell!

Next up, we want to talk about the stages from which you will forge your victories. In past titles there have been battlefields from all corners of Nintendo. These range from Mario, Sonic, Zelda, and Starfox stages. In Ultimate, this is no different. The development team have also included a feature by which every stage has a Battlefield and Omega versions over an abyss. This combined with uniform size and terrain ensures great, even gameplay. As for the stages themselves, the revealed stages are below:

With the new generation of graphics and hardware to keep it smooth, each of the stages are going to be beautiful. Not only that, but the chaos that ensues once the brawl starts is bound to be visually gripping and engaging. This not only includes the animations from each of the playable characters but, also the surrounding environment. Footage of Great Plateau Tower sees the top segment destroyed and being repaired throughout the battle. It’s features like this that will make Ultimate a game to remember.

Time to talk about combat now. The core mechanics of the Super Smash Bros franchise hasn’t changed all that much over the years. There might be tweaks and slight improvements but nothing drastic. In this iteration there are a few inclusions and refinements that fans will seek to try out and master.

The inclusions vary from holding attack for rapid strikes, cancelling a dash with a Smash attack, the addition to ladder attacks, enhanced mobility from directional air dodges but with diminishing returns from excessive use, and short hop attacks with A button and Jump. These moves are sure to add new and interesting gameplay and feel. Something that will prevent, even a solid title such as this one, from feeling stale release after release.

Other mechanics such as A+B button for the Smash attack combo are returning seeing its popularity in previous titles. The Perfect Shield is an exciting new prospect for the game. By timing the release of your Shield Block, you can activate the Perfect Shield which is more efficient. In terms of the matches themselves, 1 vs 1 games now provide greater damage to players that those with greater player numbers. This keeps a good pace for the game. Also, the lead player in timed battles will periodically flash to inform the players who is on top.

The last set of features announced are as follows. For the fans of the Game Cube title, the associated controller is now compatible with Smash Ultimate. So dust off your favourite classic pad and get ready to rock. Lastly, all Smash Amiibos are compatible with ultimate and data can be transferred. These are all exciting mechanics to look forward to.

The full E3 reveal of Super Smash Bros Ultimate for the Switch is above. During this footage it also details the release date for the game. It is tipped for a December 7th 2018 release which seems like a  Goldilocks date. With the holiday season soon after, you get the choice of playing it on the day of release or using it as a nice present idea. Perfect! So, get your Smash caps on, practice that footwork and combos, and ready yourselves for the Switch’s Ultimate leap into the competitive circuit. For more news, reviews, previews please check back often. More E3 articles are also found here. Until next time, smile and game! 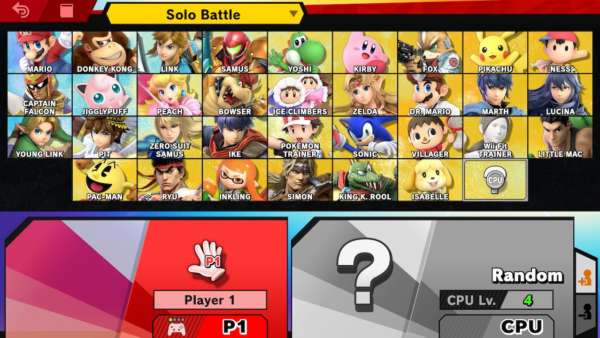