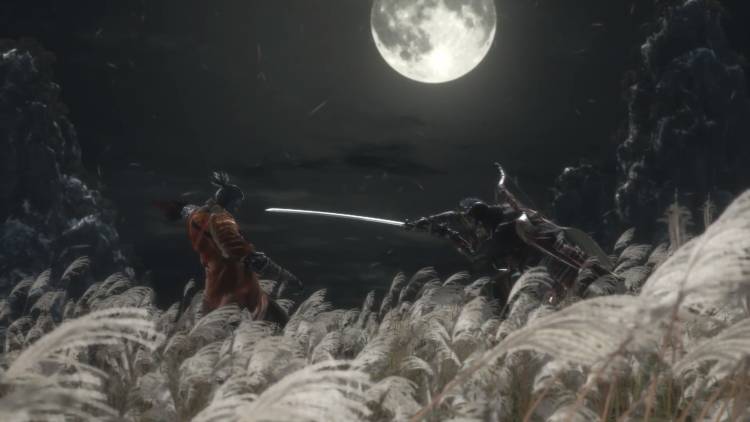 Welcome back avid gamers. With the whirlwind of announcements at E3: 2018 bombarding the minds of us all this past week, join us as we visit From Software’s corner. Their new title, Sekiro: Shadows Die Twice was revealed and we are here to discuss out thoughts and what to expect from the game. So, stay a while and load up on the details.

When and where is Sekiro Set?

The new title by the legendary creators of Dark Souls and Bloodborne is set in the Sengoku period of Japan. During the late 1500’s of this time, brutal clan warfare is at its peak and warlords wage war in hopes to become the new ruling Shogun. Your character is the “One Armed Wolf”, a disgraced warrior who’s arm, and should have been life, was taken in combat. Rescued from the brink of death, you are tasked to protect a young lord who has rightful lineage and bloodline. As the lord is captured, the “One Armed Wolf” will stop at nothing to reclaim his honour.

What can we expect from the gameplay?

It is easy to assume that the gameplay with be as brutal, fair, and rewarding as previous From Software titles Dark Souls and Bloodborne. Now set in feudal Japan, Katanas, Kunai and Chain, and explosives are on the menu for this bloodbath. Utilising the character’s prosthetic arm, you can equip a variety of tools to aim in your efforts. These include fan shields to protect from attacks, grapples to get to higher ground and pull yourself to enemies, and from the looks of the promotional material, flame throwers or projectile throwers of some sort. Combine that with parry heavy combat, and visceral finishers, Sekiro is tipped to be a very tactical, brutal, and spectacular game to behold.

Away from the main character, the enemies vary from your regular Ashigaru foot soldier, decorated and deadly Samurai swordsmen, to more demented monstrosities that poison their weapons with their own breath. It is a very flavoursome combination of traditional and dark fantasy. Definitely a game worthy of fans of the From Software range.

As of yet, From Software have only teased a release date of 2019. It will be released for PS4, XBox One, and for PC via Steam. From the looks of the gameplay trailer, it should be too far along into 2019 before we are blessed with Sekiro. Potentially, it could be released with the first two quarters of the year but, that is just a guess.

So keep your eyes peeled for more news on Sekiro: Shadows Die Twice as this seems to be another great title in the works. Please keep checking back for more news, reviews, and previews. Also, more E3: 2018 articles can be found here. Until next time, smile and game.