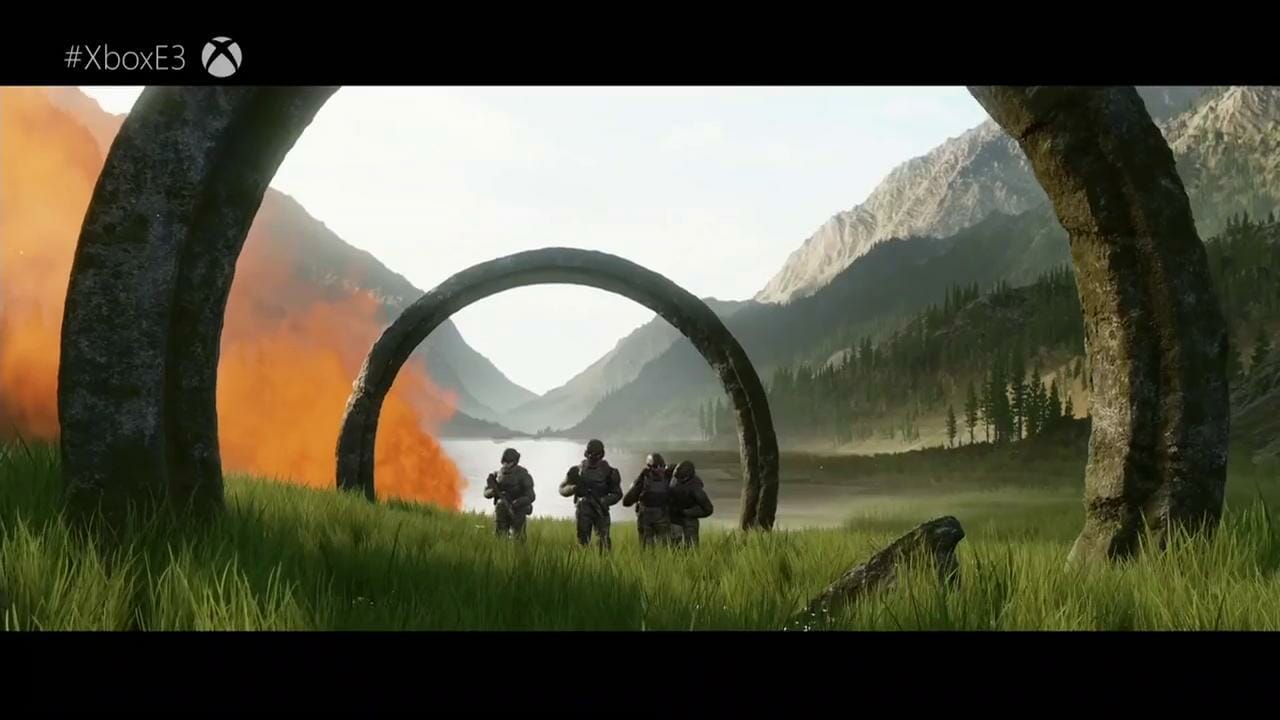 One of Microsoft’s biggest franchises is quite easily Halo and one of the most popular console games since the first Xbox was released. To go back to the roots of the franchise, after Halo Guardians it will be a more familiar story in the universe.

The story for the latest game decides to go back to focus directly on Master Cheif, as 343 Industries looks to refocus the saga on the Spartan in green. As you’ve probably noticed Cheif is wearing his iconic green armour again which is a deliberate shift by the studio.

Halo Infinite will feature Sparth’s (Art Director, Nicolas Bouvier) new art style that draws significant inspiration from the most iconic and historic parts of the Halo franchise and your feedback, all while modernizing and taking advantage of the full power of the Xbox One family. The new Master Chief helmet directly showcases our new art style.

It will look at the story of Master Cheif after the events of Halo 5, in the trailer you can see him plug something into the back of his helmet which if anyone were to guess could be Cortana back in action. Not much really was given away, so it will be speculation and guesses from publications and fans alike until more information is revealed by Microsoft or by leaks if they happen.

The game was announced during the Microsoft’s E3 2018 conference but the trailer that was shown did not tell much about the actual game or gameplay for Infinite. It was actually, in fact, a tech demo for the new engine, Slipspace, which is meant to be taking full advantage of the Xbox One hardware.

We still have a long way to go until we ship the game, so things will certainly evolve between now and the release of Halo Infinite, though the engine demo is a clear indication of the direction we are heading with our next game and a great snapshot of where our tech is right now

Just like Bethesda did with Elder Scrolls 6, rather than it be a gameplay announcement it was more we are making it and it is coming.

When is the Halo Infinite Release Date

As the announcement trailer was, in fact, a tech demo it is safe to assume that the game is probably quite far of being completed otherwise we would have seen some actual in-game footage. This does unforutnely mean we will have to wait a little longer for the game and in turn means that during their conference Microsoft did not mention a release date. They did not even mention a year, so at the moment only time will tell.

What platforms will Halo Infinite be released on?

As you can probably guess, Halo Infinite will be a Microsoft exclusive and only available on the Xbox One console family or Window PC.