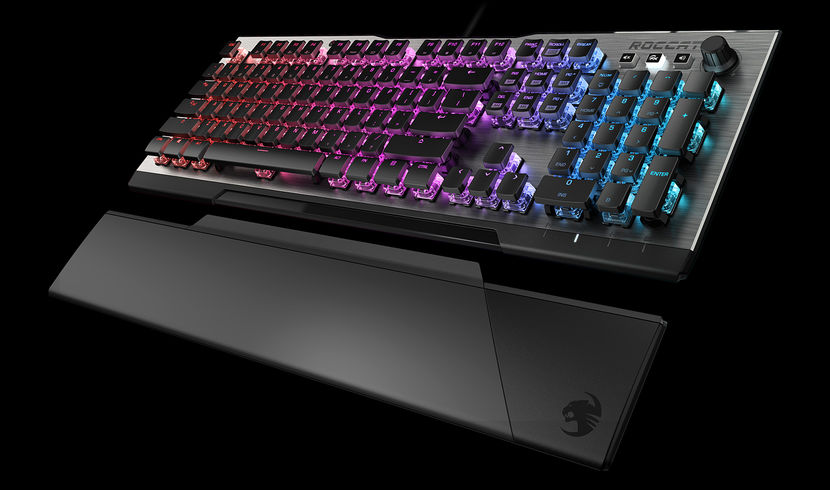 ROCCAT reveal their latest mechanical keyboard the Vulcan which they say “combin[es] striking aesthetics and powerful mechanics” featuring their own Titan switch.

The most important thing about a mechanical keyboard are its switches, we wanted to showcase them. The Titan Switch Tactile is also the perfect companion for ROCCAT’s latest RGB lighting eco-system the AIMO. This allows the firmware to reliably identify key stroke signals 20% faster than competing keyboards.

The Vulcan 80 has the same build and switches but does not come with the AIMO lighting, only static lighting and does not have dedicated mechanic media controls. The Vulcan 100 AIMO and Vulcan 120 AIMO are basically the exact same keyboard that comes with RGB lighting, dedicated mechanic media controls and the Titan switches but the Vulcan 100 just does not come with the wrist support.

When is the Vulcan Available and What is the price.

The ROCCAT Vulcan mechanical keyboard will be available sometime in Q3 2018 but can be pre-ordered on Amazon and the ROCCAT online store. There are three different models which have various features and cost.