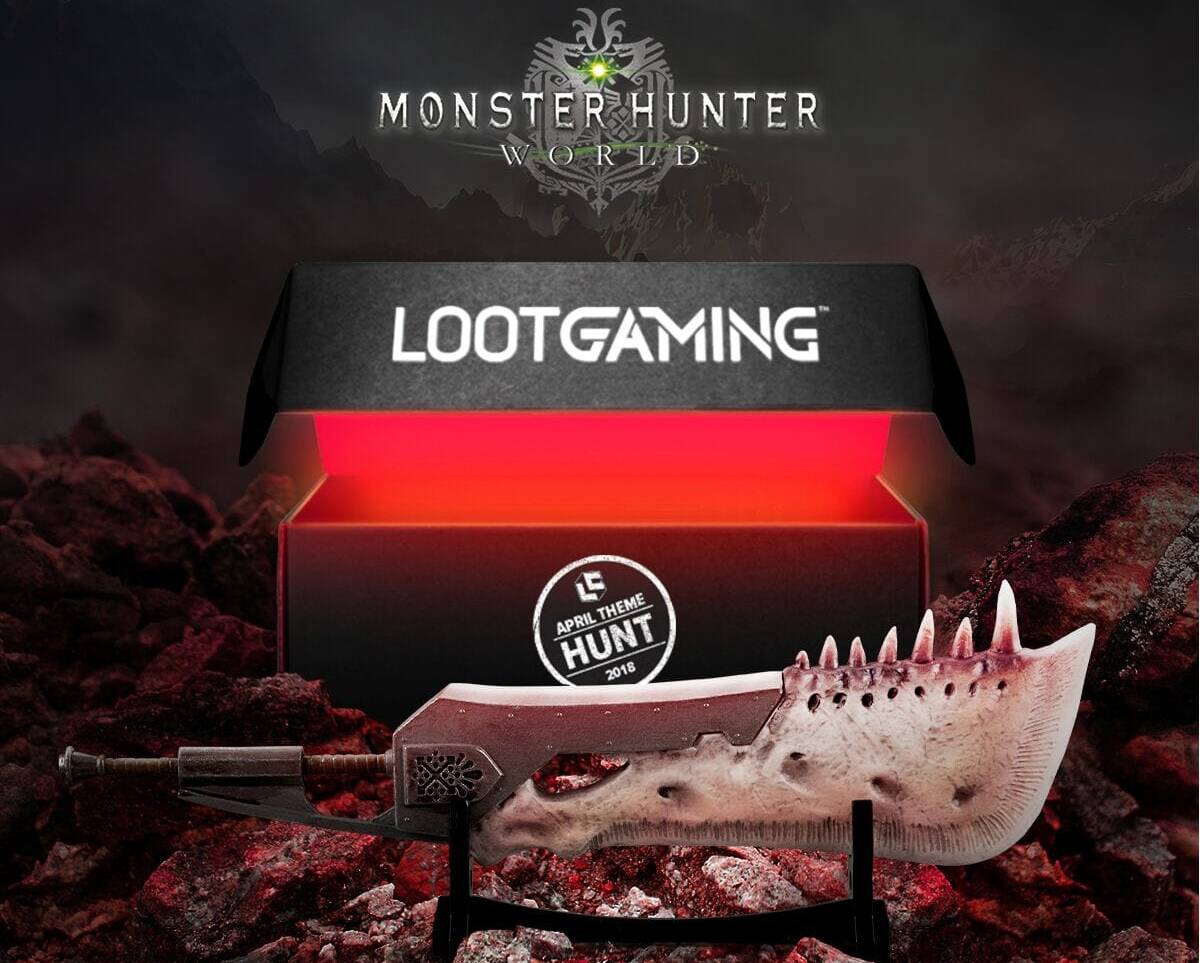 With Monster Hunter World still strong in the minds of many as we hunt relentlessly for that next piece of equipment, LootCrate has announced their April box of goodies is going to contain something rather cool.

The box which is themed as “Hunt” that lands in April will have the Jawblade and quite easily one of the most iconic swords from the monster hunting franchise.

What’s more, you can also cut up your Sunday roast with it, instead of asking for the Chef’s Platter as it looks to be sharpened for your convenience. Here’s what LootCrate have to say about this month’s box.

“What, you thought we’d let you go hunt monsters without a weapon? The Jawblade is one of the most iconic swords in the Monster Hunter series, and World is already one of our favourite games of the year, so we’re thrilled to bring you this collectible scale replica to add to your arsenal! Swing responsibly. “

Check out the short product reveal video below.