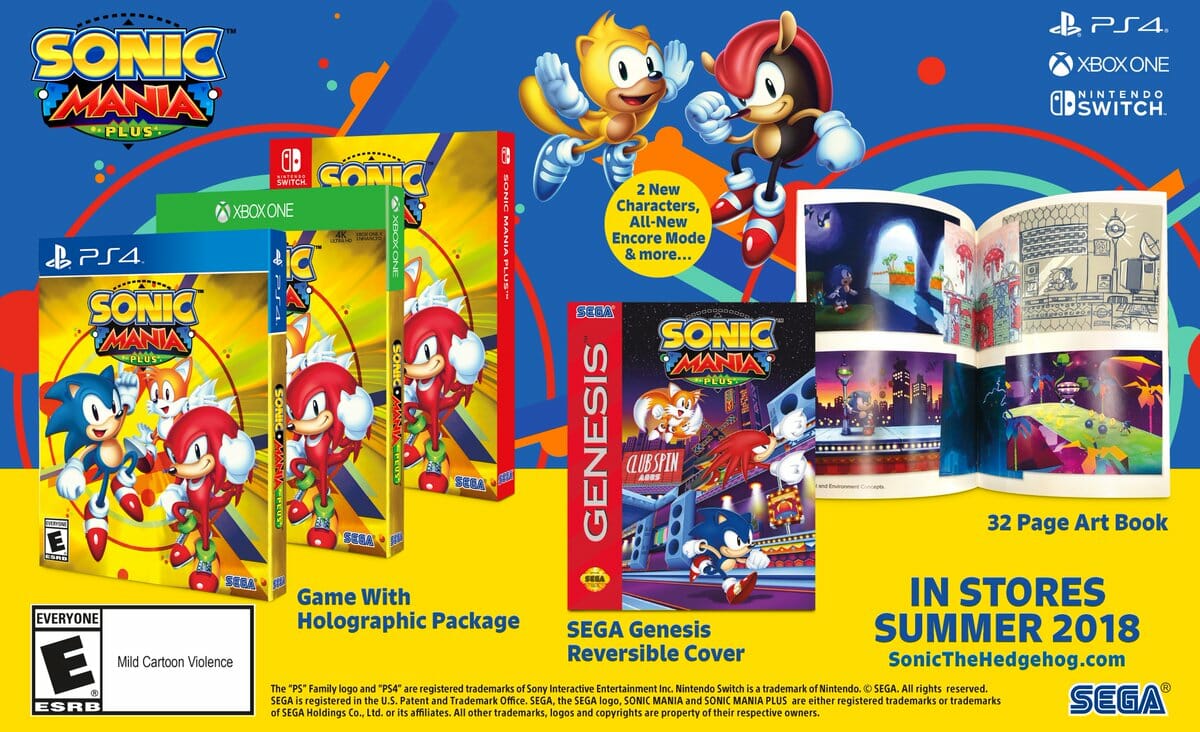 After the sensation success that SEGA’s return to 16 bit glory in the form of Sonic Mania, it was highly likely that the company would want to build on the game’s success.  During the Sonic themed SXSW 2018 panel held earlier today, SEGA have announced that Sonic Mania Plus is currently in development and is projected to be released this summer.

Sonic Mania Plus will include everything that was available in the original game, plus some exclusive new bonuses for previous owners to appreciate. In a surprising twist, it was revealed that two new playable characters will be added to the game. Mighty the Armadillo and Ray the Squirrel originally appeared in SegaSonic The Hedgehog, a 1993 Arcade platformer which was exclusively released in Japan.

In terms of the expanded gameplay options, a new Encore Mode will be added, allowing for new visual appearances for the game’s zones, plus additional routes for older players to explore. The competition mode has also had an upgrade, now allowing for four players to race to the finish in any of the game’s twelve zones. SEGA have also announced that Sonic Mania Plus will receive a physical release, with a holographic reversible cover and a 32 page art book included with every copy of the game. Previous owners will able to be receive Sonic Mania Plus via an upgrade patch, but it is currently unknown if it will come at an additional cost.

Sonic Mania Plus is set to be released in Summer 2018 for PS4, Xbox One, Nintendo Switch and PC. The game will receive a physical release on all platforms except for Steam. If you are interested in finding out more about the game, be sure to visit the official website, and stay tuned to VGU for more news about the game as it arrives.