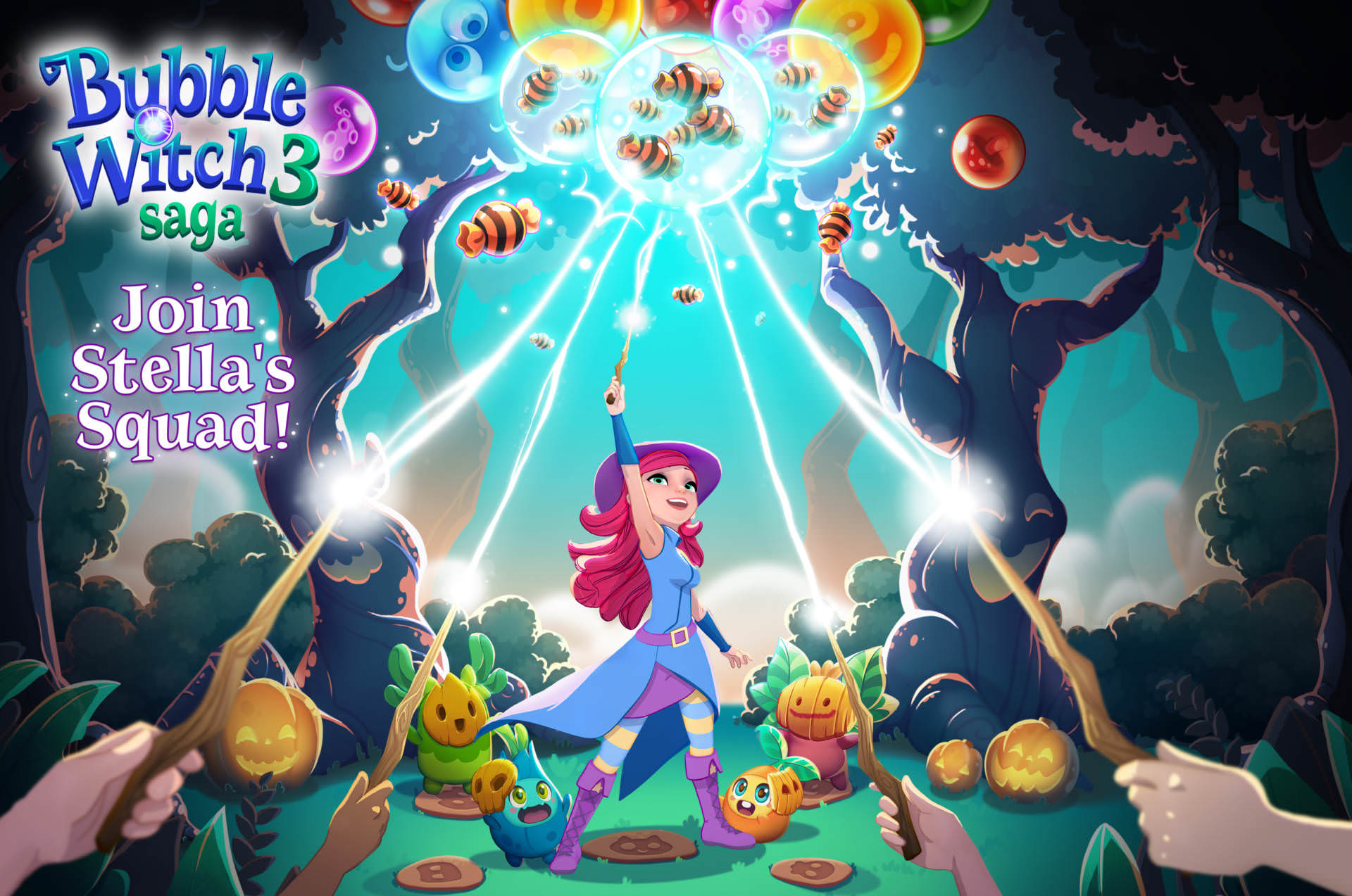 In an unexpected partnership, King has teamed up with Snapchat to offer players the chance to interact with Bubble Witch characters inside the photo-based mobile application.

The content is launching as part of the “Trick or Treat” event in Bubble Witch Saga 3 giving players the chance to play together for the first time and unlock rewards by popping bubbles containing Halloween candies and collecting as many candies as possible.

If one player loses a level, the other team member gets a chance to recover the lost candies, the more treats gathered the more rewards players will conjure up. The rewards can then be used as boosters within the game.

At certain stages of the event, players will be taken out of Bubble Witch Saga 3 into the Snapchat app; one example is when they pass a friend on the Saga map. Players will be able to wear on screen their very own Bubble Witch Saga hat and using their head aim their magic wand and pop as many bubbles as possible bringing gamification into the augmented reality app.

Using the back camera, users can also see Stella in the real world casting spells with a combination of augmented reality and surface technology.

The ‘Trick or Treat’ event takes place from 12:01 am on 26th October until 10:00 am on the 2nd November. From November 2nd, the Bubble Witch 3 Lenses will be available to all Snapchat users within the UK and Germany for one day only.

Bubsy: The Woolies Strike Back Launches Today on PlayStation 4 and PC
Powered by Magic