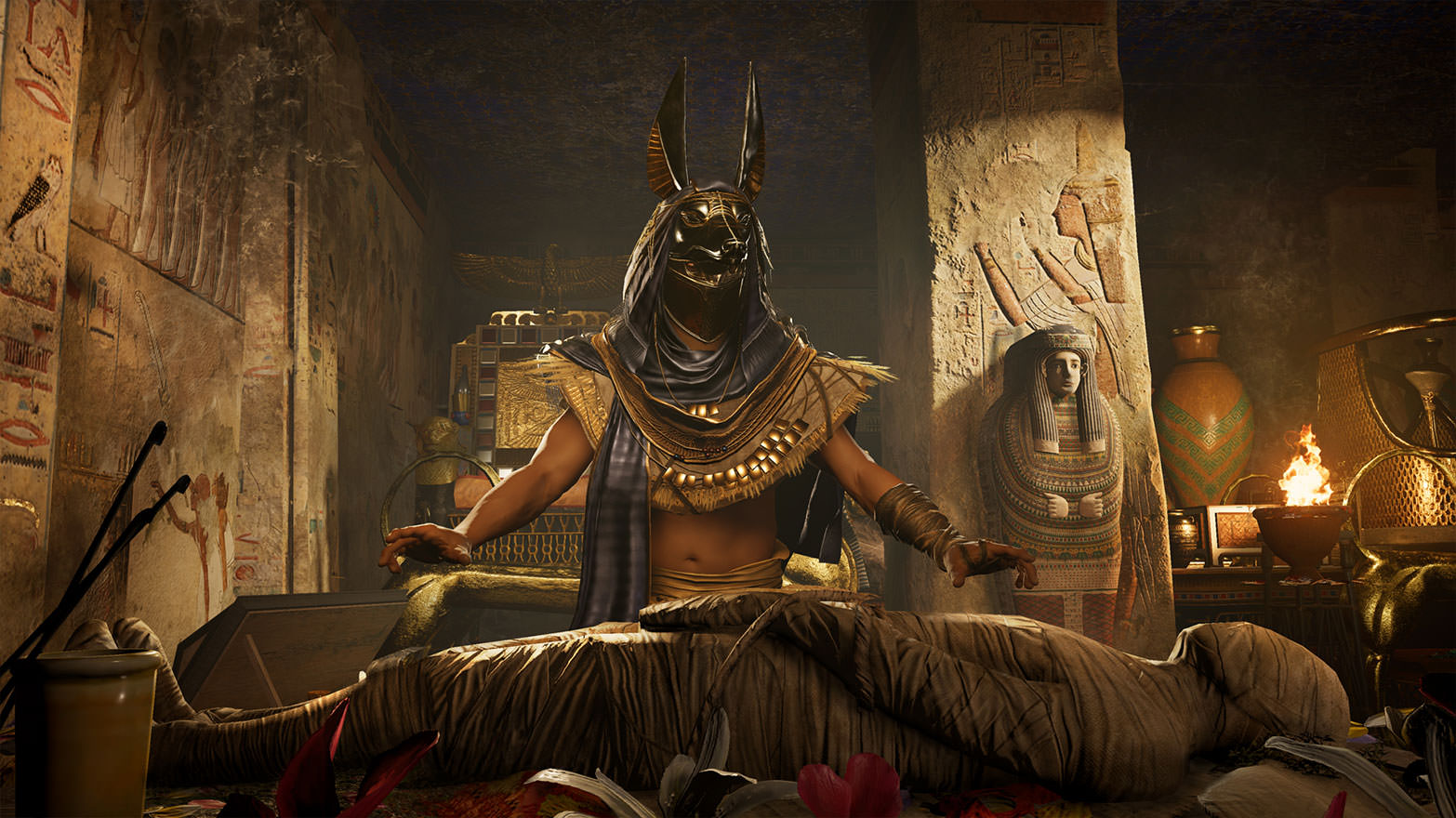 Ubisoft has released the information surrounding content for Assassin’s Creed Origins after the game launches including what is happening about the season pass and the free content which includes new storylines, quests and timed events.

The season pass is going to be broken down into two downloadable content packs with the first titled The Hidden Ones, a story based expansion the builds on the Brotherhood years after the events of Assassin’s Creed Origins. The Hidden Ones will extend the max level cap and is going to be available to download in January 2018.

The Curse of the Pharaohs, the second DLC is another story-driven campaign centred around Egyptian mythology where players will be fighting against undead pharaohs, Anubis warriors, scorpions and more. Like before, the level cap will be increased and bring in new abilities for Assassins. The Curse of the Pharaohs will be available from March, 2018.

Also included in the season pass will be The Roman Centurion and Horus Packs which are two exclusive add-ons including a new outfit, weapons, shield and mount available from November 2018. 500 Helix credits will be available for the player to spend at the launch of the game and also a rare, exclusive weapon.

Free content which will be available at launch and post-launch include a photo mode, horde mode, a Discovery Tour which turns the game into a combat-free living museum and Nomad’s Bazaar which is a wandering merchant giving players daily quests. There’s also Trials of the Gods which is a battle mode against Egyptian god featured as special timed events to get prestigious rewards.

Assassin’s Creed Origins is available on October 27, 2018 for the Xbox One, PlayStation 4 including the PlayStation Pro. Windows PC and Xbox One X versions will launch on November 7th, 2017.